With the distraction of his impeachment trial back home, U.S. President Donald Trump tried Wednesday to keep the focus on trade matters and highlighted the domestic economy at a hastily arranged news conference just before he departed the World Economic Forum in Davos, Switzerland.

At the start of a briefing for White House traveling media in the Swiss Alps, Trump brought to the podium World Trade Organization Director-General Roberto Azevedo to highlight his push for reform of global trade rules.

"The World Trade Organization has been very unfair to the United States for many, many years,” declared Trump.

WTO officials will visit Washington in the next week or two to discuss with U.S. officials what Trump called drastic reform for the organization.

Trump Touts US Economy in Davos as Impeachment Trial BeginsHighlighting his recent trade deal with Canada, Mexico and China, the US president rejected what he called the 'prophets of doom'

The U.S. president also again lashed out at the European Union, threatening it with damaging tariffs on automobiles if a long-delayed trade deal cannot be made. He also contended that trying to reach an agreement with the EU was tougher than negotiating with the Chinese.

In between attending meetings with other leaders and hosting meals for American and global business leaders, Trump was busy on Twitter criticizing the U.S. Senate impeachment trial, where he is charged with abuse of power and obstruction of Congress.

Reporters asked Trump about the trial, in which U.S. Chief Justice John Roberts is presiding and the 100 senators are acting as jurors.

Although Trump is virtually certain to avoid removal from office because his Republican Party controls the Senate, the president is continuing his vociferous criticism of the process and the opposition Democratic Party lawmakers pushing for his conviction.

The president said he would love to attend the impeachment trial and “sit in the front row and stare at their corrupt faces,” but that his lawyers would object to his attendance.

Trump stated it would be a “national security problem” for Secretary of State Mike Pompeo and former national security adviser John Bolton to testify because they were privy to his thoughts about other world leaders and other critical matters.

The U.S. leader was the keynote speaker at the annual elite gathering of the World Economic Forum, known for its mingling of government leaders, billionaires and thought leaders.

But Trump found himself sharing the spotlight with 17-year-old environmental activist Greta Thunberg, who has quickly become a media sensation and inspiration for young people around the world for chastising leaders such as Trump for not stepping up to the challenges of climate change.

Asked at the news conference by VOA whether other leaders at Davos had told him Thunberg has a point, Trump replied, "No, I didn’t, actually, but I would have loved to have seen her speak.”

Trump did not directly address any concern about the need to mitigate the impact of climate change, asserting that while America’s air and water are as pristine as they have ever been, “when we’re clean and beautiful and everything’s good …you have another continent [Asia] where the fumes are rising at levels that you can’t believe. I mean, Greta ought to focus on those places.”

Trump did pay grudging respect to the Swedish teen, stating “she beat me out” for Time magazine’s person of the year in 2019. 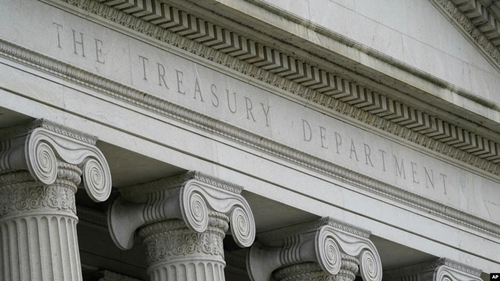 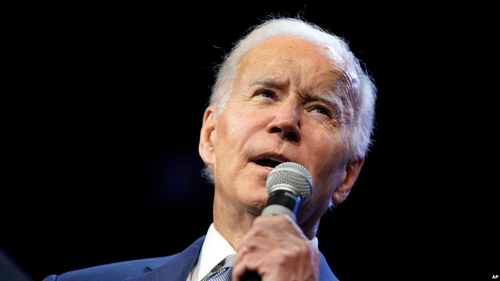 Watch as Pres. Joe Biden fumbles words and then tries to catch up with the teleprompter.