A whistleblower complaint by an anonymous U.S. intelligence official has provoked a spiraling political standoff between the administration of U.S. President Donald Trump and congressional Democrats seeking to investigate the alleged wrongdoing.

The complaint reportedly involves an allegation that Trump in a July 25 phone call to Ukrainian president Volodymyr Zelenskiy repeatedly pressed him to investigate former Vice President and Democratic presidential candidate Joe Biden and his son Hunter at a time Kyiv was eagerly anticipating $250 million in U.S. military aid.

The controversy centers on Acting Director of National Intelligence Joseph Maquire’s refusal to forward the complaint to Congress even after the intelligence community’s inspector general found the complaint from a whistleblower to be “credible” and of “urgent concern.”

While Maquire apparently blocked the complaint, partly because it involved “confidential and potentially privileged information", House Democrats say the law is explicit in requiring that the report be shared with congressional intelligence committees.

House Speaker Nancy Pelosi gave Maquire until Thursday, when he is set to appear before the House Intelligence Committee, to produce the document. Pelosi warned that unless Maquire complied, the House would sharply escalate its investigation of Trump and his administration, hinting at impeachment. 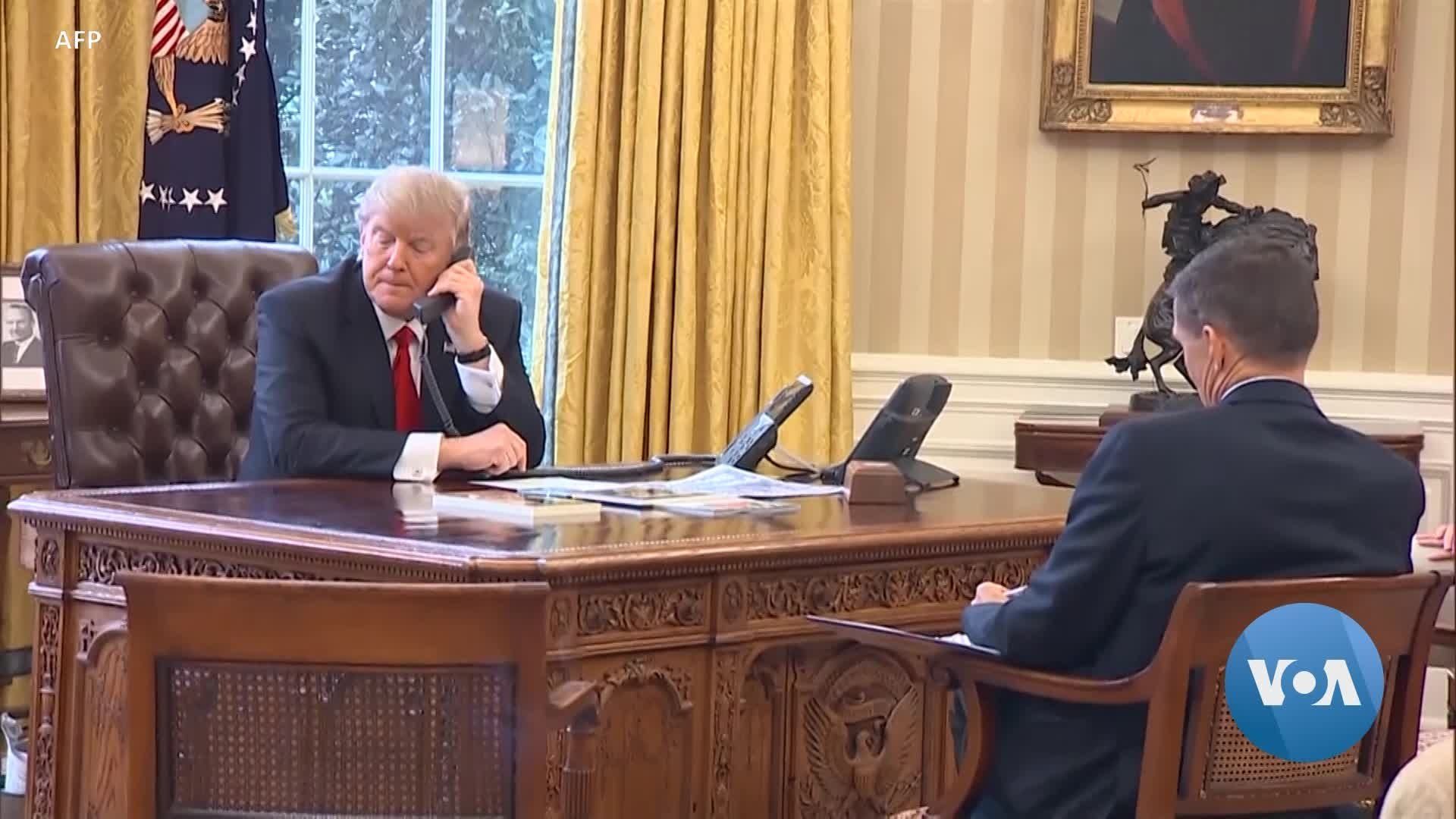 A whistleblower is someone in government or private industry who reveals wrongdoing or potential criminal activity. The DNI has never withheld from Congress an “urgent matter” complaint found credible by the intelligence community's inspector general, according to Bradley Moss, a Washington lawyer who specializes in representing whistleblowers.

“The way the law is set up, it is absolutely mandatory,” Moss said. “The key word is ‘shall,’ not ‘may,’ and ‘shall’ means must: the DNI shall transmit the complaint to the intelligence committees.

“The Administration's blocking of Acting DNI Maguire from providing Congress with the whistleblower complaint calls upon him to violate the federal statute, which unequivocally states that the DNI 'shall' provide Congress this information,” Pelosi wrote in a “Dear Colleague” letter on Sunday.

The whistleblower complaint is the latest in a series of confrontations between the Trump administration and House Democrats over congressional authority to oversee the executive branch, issue subpoenas and appropriate funds.

The complaint was filed by an unidentified intelligence official on Aug. 12 under the Intelligence Community Whistleblower Protection Act, one of two laws that shield federal employees and contractors from retaliation for reporting activities that are illegal or unethical.

The statute allows whistleblowers to report violations of laws and regulations to the intelligence community’s inspector general. It also sets up a process for reporting matters of “urgent concern” directly to congressional intelligence panels.

An urgent concern is defined in the statute as a “serious or flagrant problem, abuse, violation of law or executive order relating to…an intelligence activity within the responsibility and authority of the Director of national Intelligence involving classified information.”

Whether the anonymous whistleblower’s complaint in this case rises to the level of “urgent concern” is not cut and dried, said Robert Litt, a former DNI general counsel in the Obama administration.

“It may be a matter of urgent concern as you commonly understand this,” Litt said. “It’s a grave allegation that the president is essentially extorting a foreign leader to try to dig up dirt on the president’s political opponents. But I’m not sure that it is an intelligence activity under the DNI.”

Another bone of contention is whether there are exceptions to the mandate that the DNI forward urgent matter complaints to Congress.

The law requires that a whistleblower must first report an “urgent concern” to the Intelligence Community’s inspector general, who has 14 days to determine whether the complaint is credible. Once the inspector general has assessed it to be credible, the Director of National Intelligence is required to forward it to Congress.

While congressional Democrats say the requirement to disclose is unequivocal, the DNI withheld the information because “the complaint concerns conduct by someone outside of the Intelligence Community and because the complaint involves confidential and potentially privileged communications,” House Intelligence Chairman Adam Schiff wrote in a Sept. 13 letter to Maquire.

“It’s an area where Congress and the president disagree, which is not uncommon in our system,” Litt said in an interview with VOA.

That is not to say intelligence agencies are not expected to “accommodate” congressional requests for sensitive information, Litt argued in a recent blogpost on Lawfareblog.com.