In the Democratic presidential race, all eyes are on South Carolina this week in anticipation of Saturday’s primary.

Former Vice President Joe Biden is counting on a victory, with help from the state’s large number of African American voters, to get back in the race and stem the momentum of Vermont Sen. Bernie Sanders, the clear front-runner for the Democratic nomination.

The Democratic field is also looking ahead to next week's Super Tuesday primaries, the single most important day on the primary election calendar.

What is Super Tuesday?

Journalists and political experts coined the term decades ago to describe the day when more states hold presidential nominating elections — either primaries or caucuses — than any other day in the election year. Super Tuesday runs from early February to early June. This year, it falls on March 3.

Why is it significant?

Super Tuesday is a major political test for candidates seeking their party’s presidential nomination. A large number of states holding primaries on the same day presents huge challenges for presidential contenders, and can often make or break a campaign. It is seen as the first truly national test for a presidential aspirant. Several larger states with numerous delegates at stake will be contested on Super Tuesday, including California and Texas, the nation’s two largest.

Which states vote on Super Tuesday?

In order to win the Democratic Party’s presidential nomination, a candidate must secure 1,991 delegates out of a total of 3,979 pledged delegates at the convention.

The Democratic delegates will select the nominee at the party's national convention in July in Milwaukee, Wisconsin.

In addition to the Super Tuesday primaries, the territory of American Samoa will hold a Democratic caucus on March 3. Registered Democrats who live overseas will vote in the Democrats Abroad primary March 3 through March 10.

What is the history of Super Tuesday?

Beginning in the 1970s, a few states began to slowly cluster some of their primaries on the same date.

The effort to create a Super Tuesday of primaries gained momentum in 1988 when several southern states decided to hold their primaries on the same day in the hopes that southern candidates in the Democratic Party could improve their chances of winning the nomination.

Who is favored this year in Super Tuesday contests?

The Democratic race is getting all the attention this year because Trump has only token opposition within the Republican Party.

Sanders is perhaps best positioned to do well, due to his strong showings so far in Iowa, New Hampshire and Nevada. He also has a strong fundraising base and a campaign organization that has him competitive in most of the states voting on March 3. Sanders is heavily favored in his home state of Vermont, and has been leading in polls in California and other states.

But he could get a strong challenge in several states from former New York City Mayor Michael Bloomberg, and perhaps from Biden.

Bloomberg has spent an estimated $400 million on television ads to boost his candidacy in the Super Tuesday states after having skipped the first four contests.

At the very least, Warren and Klobuchar expect to do well in their home states, both of which vote on Super Tuesday.

But candidates who fail to do well may be forced to reassess their chances going forward, particularly if their fundraising begins to dwindle. That would limit their ability to compete in some of the larger states holding primaries later in March, including Florida, Illinois, Michigan and Ohio. 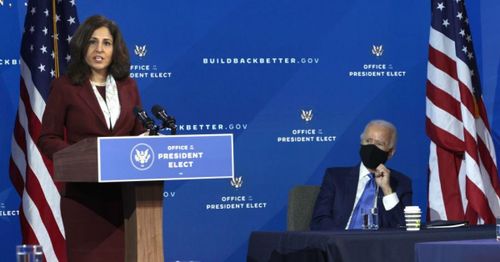