The greater severity of Twitter’s action against the @realdonaldtrump account, compared with the social media company’s treatment of Khamenei, prompted both critics and supporters of the U.S. president to post dozens of Twitter messages accusing the platform of double standards.

Many of Twitter’s critics said the @Khamenei_IR account, which is not Twitter-verified but regularly shares his statements, has a history of posting comments against Israel, his regional enemy, that they view as more severe incitement to violence than recent Trump tweets deemed by the platform to violate its glorification of violence policy.

The chairman of the U.S. Federal Communications Commission, Ajit Pal, tweeted screenshots of some of Khamenei’s most strongly worded anti-Israel posts in May, saying he believed they raise a “serious” question about potential glorification of violence.

Serious question for @Twitter: Do these tweets from Supreme Leader of Iran @khamenei_ir violate “Twitter Rules about glorifying violence”? pic.twitter.com/oEkCC8UzFV

In a Friday message to VOA Persian, Jason Brodsky, policy director of U.S. advocacy group United Against Nuclear Iran, said: “Twitter accounts of Khamenei, other autocrats and their representatives include deeply hateful and dangerous content that incites violence against groups. We’ve seen Khamenei’s call for the elimination of Israel, which is incitement. So if Twitter has a policy against incitement of violence, it needs to be applied uniformly.”

A Twitter spokesperson responded to the accusations of double standards in enforcing incitement prohibitions by telling VOA Persian that the platform has taken enforcement action against world leaders prior to Friday.

The spokesperson said Twitter focused its Friday actions on what he called the “harm presented by [Trump’s personal] account specifically,” and shared a link to Twitter’s statement explaining why it believes Trump’s last tweets have the potential to incite further violence following Wednesday’s storming of the U.S. Capitol complex by some of his supporters.

Asked what Twitter is doing to demonstrate that it is treating world leaders consistently, the spokesperson said the company’s policy of displaying a “government account” label for users affiliated with the five permanent member states of the U.N. Security Council will soon be expanded to include similar labeling for the officials of other nations. No further details were provided.

Twitter’s action against the Khamenei account came hours before its banning of Trump.

The Khamenei account had posted a Friday tweet in which the Iranian supreme leader called coronavirus vaccines produced by the U.S., Britain and France “completely untrustworthy” and accused the Western powers of trying to “contaminate” other nations by offering to send them the vaccines.

I call on @Jack to suspend @khamenei_ir account for spreading dangerous lies about COVID-19. He has banned Iranians from @Twitter but spreads lies on the same platform about vaccines. His posts MUST have a warning label, at least.
Please retweet this. pic.twitter.com/XCxDXK7qBw

It was the first time since February 2019 that Twitter had acted against the Iranian supreme leader’s main English account.

That month, the @Khamenei_IR account posted a tweet endorsing a 1989 fatwa by his predecessor Ayatollah Ruhollah Khomeini, who had condemned British author Salman Rushdie to death for writing a book that the ruling cleric deemed insulting to Islam, The Satanic Verses.

Just a reminder that not only did Twitter remove this tweet by Iran’s supreme leader Ayatollah Khamenei for “threat of violence or physical harm” against Salman Rushdie last year, they also locked him out of his account for 24 hours until his account deleted the tweet. pic.twitter.com/T09y48Zo4S

Many Iranians users are asking Twitter how it closed down Mr. Trump’s account but Iran supreme leader Mr. Khamenei’s account is still active especially when Twitter is banned inside Iran and it’s needed VPN.

She said Twitter’s moves were especially perplexing to Iranians who resent Khamenei for blocking Twitter inside Iran and forcing them to access it via virtual private networks.

The Trump administration has denounced Iran’s bans on Western social media platforms as suppression of legitimate forms of communication. Speaking in 2018, a State Department spokeswoman said: “When a nation clamps down on social media, we ask the question, ‘What are you afraid of?’” 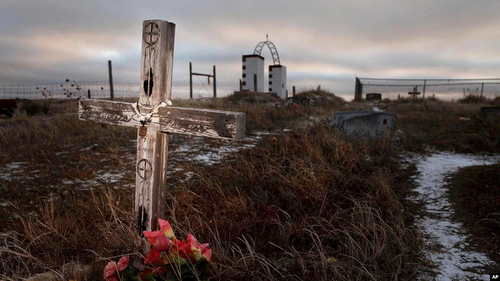