U.S. President Donald Trump made an unexpected visit to a military hospital Saturday afternoon for what the White House said was an early start to his annual health checkup.

“Anticipating a very busy 2020, the president is taking advantage of a free weekend here in Washington, D.C., to begin portions of his routine annual physical exam at Walter Reed," White House press secretary Stephanie Grisham said in a statement.

In a separate statement to VOA Sunday she said "“We’re not going to get into security and movement protocols when it comes to the President, but as my statements said he’s in good health and it was a routine checkup as part of his annual physical. I’ve given plenty of on the record statements that were truthful and accurate — the press who are actively trying to find and report conspiracy theories really need to stop.”

The president spent about two hours and 15 minutes at the medical complex in Bethesda, Maryland. A photographer saw him emerge from the facility with an open collar and no necktie.

Grisham, just after Trump’s departure, said the president underwent a “quick exam and labs” and he “remains healthy and energetic without complaints, as demonstrated by his repeated vigorous rally performances in front of thousands of Americans several times a week.”

The press secretary provided no additional details on what type of tests Trump underwent.

In an early Sunday morning tweet, Trump said he had begun “phase one of my yearly physical. Everything very good (great). Will complete next year.”

The press secretary added that the president, while at the facility, also greeted medical staff “to share his thanks for all the outstanding care they provide to our Wounded Warriors, and wish them an early happy Thanksgiving.”

Before departing Walter Reed, Trump also met with the family of a special forces soldier injured in Afghanistan, Grisham said.

The president, who has a taste for red meat and fast food, does not drink alcohol or smoke. He is not known to have had any significant medical issues since becoming president in January 2017 but has a history of elevated cholesterol and had been taking a low daily dose of aspirin for cardiac health.

Following the annual examination, Conley, in a memo to the White House, said the president was “in very good health and I anticipate he will remain so for the duration of his presidency and beyond.”

That was the second such physical exam of his presidency. Questions were raised about the true health of the president after the first one in 2018.

The physician also declared that he had told the president he “might live to be 200 years old” if Trump would just eat food that was more healthful.

After the 2018 physical, Jackson told reporters the president weighed 108 kilograms (239 pounds) and could reasonably lose approximately 4 to 7 kilograms (10 to 15 pounds).

Jackson said Trump would undergo a colonoscopy in 2019. The procedure apparently was not performed in February of this year.

Jackson also said the president got a perfect score on a screening for cognitive impairment and was “mentally very sharp.”

Jackson later was nominated by Trump to run the Department of Veterans Affairs, but the admiral withdrew his name after allegations of misconduct surfaced, including accusations he improperly dispensed medication.
The admiral denied the allegations, which Trump called “lies.” 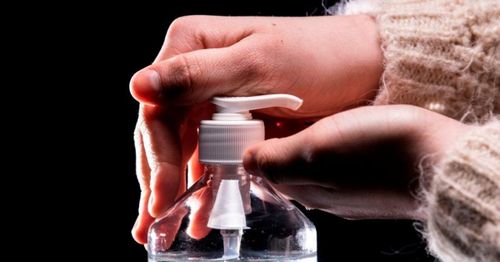 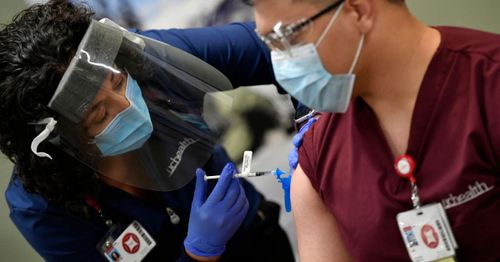