Secretary of State Mike Pompeo is forming a dedicated group to coordinate and run U.S. policy toward Iran as the Trump administration moves ahead with efforts to force changes in the Islamic Republic's behavior after withdrawing from the Iran nuclear deal.

The State Department said Pompeo will announce the creation of the Iran Action Group on Thursday. Officials said the group will be headed by Brian Hook, who is currently the State Department's director of policy planning. Hook led the Trump administration's ultimately unsuccessful attempt to negotiate changes to the nuclear deal with European allies before the president decided in May to pull out of the accord.

Since withdrawing, the administration has re-imposed sanctions that were eased under the deal and has steadily ramped up pressure on Iran to try to get it to stop what it describes as "malign activities" in the region. In addition to its nuclear and missile programs, the administration has repeatedly criticized Iran for supporting Syrian President Bashar al-Assad, Shi'ite rebels in Yemen and anti-Israel groups. It has also in recent weeks stepped up criticism of Iran's human rights record and is working with other nations to curb their imports of Iranian oil.

The administration is warning Iran's oil customers that they will face U.S. sanctions in November unless they significantly reduce their imports with an eye on eliminating them entirely. It has also told businesses and governments in Europe that they may also be subject to penalties if they violate, ignore or attempt to subvert the re-imposed U.S. sanctions.

In his new job, Hook is to oversee implementation of the administration's entire Iran policy, the officials said. Pompeo and other officials have denied that the administration is seeking to foment regime change in Iran and maintain they only want to see the government change course. Pompeo created a similar group dedicated to working on North Korea policy while he was director of the CIA.

Hook is expected to be replaced as policy planning chief by Kiron Skinner, a foreign policy academic and adviser to several Republican presidential candidates who served on President Donald Trump's national security transition team and very briefly at the State Department after Trump took office, according to the officials who were not authorized to publicly discuss personnel matters and spoke on condition of anonymity.

Yesterday the court handed down a victory for the constitution 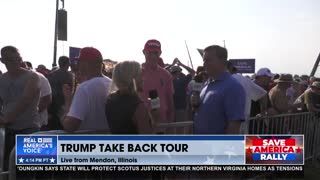