The last time the United States faced anything as traumatic as the COVID-19 virus (CoronaVirus) was the hurricane, Katrina.

When the winds finally died down, some 1800 were dead, and $169,000,000,000.00 had been spent on clean up and restarting the City of New Orleans, Louisiana. Forget the fact, that Katrina struck a major metropolitan area that is actually built in a swamp, and below sea level on a coastal area. The pumps had stopped working and could not keep up with the amount of water when they did work. Unfortunately, the city suffered massive flooding, and many souls lost their lives. Yet, with FEMA standing by, thousands of guardsman, and all the forces of the federal government, President Bush 43 was still blamed for the death toll.

There is now little dispute that the COVID-19 virus began in Wuhan, China.

When this deadly virus began spreading late last year, the WHO (World Health Organization) downplayed its ability to spread like a wildfire. Part of the reason was apparently China provides much of the funding for the WHO (as China always does) did not want any negative media attention.

Shortly after the first of the year and when it was apparent that this was not going away, and in fact, was much worse than anyone anticipated, President Trump began shutting down international travel to protect the United States. It was too little, too late; the virus was already here.

For his efforts, the President was heavily criticized by Democrats such as New York Senator Chuck Schumer, who accused Trump of being a racist for his actions.

Hindsight is always 20/20, and in this case, it is clear the President was correct in shutting down inbound flights from China. The fact is, had China been truthful, and had the WHO been honest; it is entirely likely that America could have gone to China and assisted greatly in shutting this plague down long before it ever got a foothold and began creating mass casualties. Again, Pandora’s box has been opened, and there is no way to reseal it.

The disease is spreading rapidly, thousands are dying, hospitals are full, and America is now effectively locked down in attempts to stop it from doing yet more damage.

Unfortunately for the President, by locking down the nation (which he has to do), the economic fallout from doing so is destroying our economy, causing untold amounts of people to be financially devastated, and people are still dying.

Times Square in New York City is empty. The normally traffic-congested freeways of Los Angeles are at half-capacity, and the ballparks are empty. Even my little town in Central Iowa is deserted. The American people are afraid, and many are angry. Americans do not like being confined to home. The reality is that every day that goes by, the fostering of anger is building to the boiling over point whereby the real pain is starting.

Some 43-million (according to NBC) children are now at home. Most need full-time babysitting, and parent’s nerves are no doubt now being frayed.
No malls, no movie theaters, no bowling alley’s, no concerts, sporting events, March Madness, and not even a live golf tournament to watch. April the 1st is rapidly approaching and there is not yet a plan that has been signed by the President to bail out the millions of Americans who will not be able to pay their rent or mortgage payment. The proposal is on the table, but Congress has yet to approve a final version. Trillions have been lost on Wall Street, 401k’s have been decimated, and the worst part? This is only beginning!

Historically speaking, when we as a nation have had to face something traumatizing, Americans will usually rally around our president. President Roosevelt won in landslides because of World War II. Vietnam gave Nixon a re-election of near-epic proportions, and the war on terror was pretty much the basis for President Bush 43 being re-elected. Reagan’s re-election happened largely because of a booming economy and America did not want to rock the economic boat.

Due to political correctness, the media is pushing this Corona in America as largely President Trump’s fault.

Anytime Trump attempts to tie the virus to the Chinese (which we know developed it and allowed it to leak), the press pushes back and claims racism.

The biggest problem the President will have is tying the virus around China’s neck so that the American people put the blame where it belongs. If the President can accuse the Chinese, and if he can, in fact, hang this around Xi’s neck, then things will go pretty well for him. The economy was doing well before Xi dumped this virus on us, and I believe America will recognize this. The White House is scrambling to come up with a bailout for the American people in order for the pain of this to be lessened a bit.

If the President goes into the summer, and the stock market has tanked, even more, he is in serious trouble.

Combine this with air travel still being restricted, malls abandoned, millions who cannot go back to work, and we are going to get a President Biden. Imagine the horror? There is some 60,000,000 plus who love this President. These 60,000,000 need to be on their knees praying that this virus goes away and we don’t have much more damage. The economy will not survive a 6-month bout with this virus, nor will President Trump’s presidency. 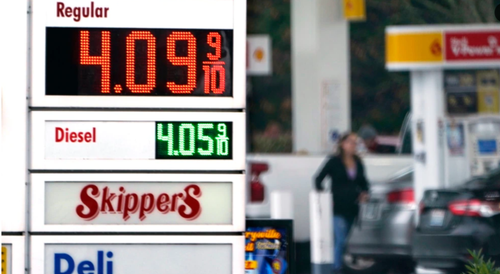