U.S. President Donald Trump touted the conclusion of two major trade deals and declared Americans are "winning again like never before," as he gave an opening address Tuesday at the World Economic Forum in Davos, Switzerland.

The speech came hours before his impeachment trial was due to go into high gear in the U.S. Senate.

Trump went through a list of what he celebrated as victories for middle class workers and companies, including the first phase of a trade deal with China and the Senate's approval of a new trade agreement with Canada and Mexico.

"When I spoke at this forum two years ago, I told you that we had launched the great American comeback," Trump said. "Today I'm proud to declare that the United States is in the midst of an economic boom the likes of which the world has never seen before."

He urged other countries to follow his lead and liberate their citizens from "crushing bureaucracy."

Trump also advocated focusing on economic growth and rejecting what he called "the perennial prophets of doom and their predictions of apocalypse."

"They predicted an overpopulation crisis in the '60s, mass starvation in the '70s, and an end of oil in the 1990s. These alarmists always demand the same thing: absolute power to dominate, transform and control every aspect of our lives. We will never let radical socialists destroy our economy, wreck our country or eradicate our liberty," Trump said.

When asked about environmental activist Greta Thunberg, who was to open a debate on avoiding a "climate apocalypse" shortly after Trump's speech, the U.S. leader called himself a "very big believer in the environment" and said he wants clean air and water.

Trump mocked the Swedish teenager after she was named Time magazine's 2019 Person of the Year.

"I think both voices are necessary," said WEF founder Klaus Schwab of Trump and Thunberg. "The environment will play a particularly important role during this meeting."

Ahead of the conference opening, hundreds of protesters, some wearing koala bear costumes to highlight the devastating bushfires in Australia, and who want the global leaders at the forum to be more aggressive concerning climate change, headed to Davos by way of a hiking trail and a train after authorities banned foot traffic into the Alpine town.

Climate and other environmental threats rank ahead of geopolitical worries and cyber attacks in an annual risks survey published last week by the World Economic Forum.

Between his Tuesday morning address and returning to Washington Wednesday afternoon, Trump is to meet on the sidelines of the conference separately with several other world leaders.

The 3,000 participants at the invitation-only annual event will be outnumbered by nearly 5,000 military personnel and police.

The invited guests, including numerous government leaders, "deserve commensurate security measures," Walter Schlegel, the regional police commander, told a news conference on Monday. "The U.S. president has a big security detail that must be deployed."

Trump's presence at Davos, with more than 100 other billionaires in attendance, is "certain to spark controversy, as well as win praise in some corners," predicted Curtis Chin, a former U.S. ambassador to the Asian Development Bank.

At his WEF appearance in 2018, "Trump declared that America First need not mean America alone. That same message will be put to the test again as Trump returns to Davos," Chin, the Milken Institute's Inaugural Asia Fellow, told VOA.

James Jay Carafano, vice president of the institute focused on national security and foreign policy at The Heritage Foundation, said he hopes Trump spends some time at Davos looking forward on international trade.

In the wake of the U.S.-Mexico-Canada Trade Agreement (USMCA) and the first phase of a China trade deal signed, "It would be great for Trump to give another shot in the arm to economic freedom and free trade," Carafano told VOA.

A free trade agreement with Switzerland and Taiwan would be "low hanging fruit," as well as a re-commitment to a trade pact with post-Brexit Britain, according to Carafano.

The president is expected to keep one eye on the historic proceedings in the Senate where he is on trial on a charge of abuse of power and another of obstruction of Congress.

As the Senate impeachment trial reconvenes Tuesday afternoon — six hours ahead and 6,700 kilometers away in the Swiss Alps — Trump is scheduled to briefly dine with global business executives but will then have ample time from his hotel suite to follow on television the proceedings on one of the most historic days of his presidency.

Trump's legal team contends the impeachment articles brought by the House, controlled by the oppositions Democrats, "are a dangerous perversion of the Constitution." His attorneys are calling for the Senate, controlled by Trump's fellow Republicans, to swiftly dismiss the charges. 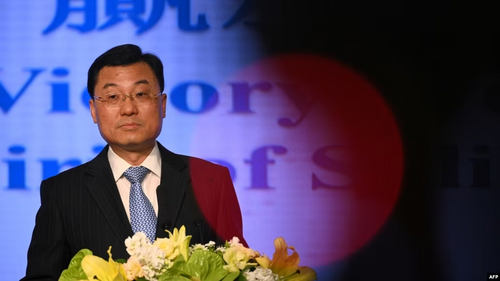 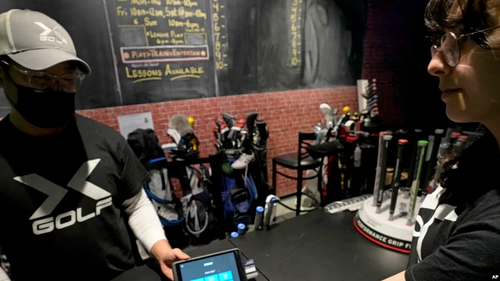