Trump, Hospitalized for COVID-19, ‘Continues to Do Well’

U.S. President Donald Trump “continues to do well” and has made progress since his COVID-19 diagnosis, according to a statement from his physician, Dr. Sean Conley, Saturday night.

Later in the evening, White House chief of staff Mark Meadows told the Fox News show “Justice with Jeannine” that there was concern about the president’s condition on Friday. “Yesterday we were real concerned,” Meadows said. “He (Trump) had a fever and his blood oxygen level dropped rapidly.”

Earlier in the day, a group of physicians treating the president gave an upbeat report.

In his Saturday night update, he said Trump has had a second dose of remdesivir, “remains fever-free and off supplemental oxygen with a saturation level between 96% and 98% all day.”

While the president is not out of the woods, his doctors remain cautiously optimistic, Conley’s statement said. Trump will receive additional doses of remdesiver on Sunday, and his doctors will continue to closely monitor him, statement concluded.

Trump himself tweeted out a video Saturday which he said he is doing well and hopes to be back soon. He said the next few days with be the “real test.”

Conley, an osteopathic physician and a commander in the U.S. Navy, told reporters that in coordination with a team of medical professionals at the hospital in Bethesda, Maryland, he had recommended that Trump be brought there the previous day.

“At this time, the team and I are extremely happy with the progress the president has made,” said Conley, who explained that on Thursday, the day Trump tested positive for the disease caused by the coronavirus, Trump had “a mild cough, some nasal congestion and fatigue – all of which are now resolving and improving.”

The physician said it is unclear how long the president will need to remain hospitalized. He did not answer questions regarding whether Trump had ever required oxygen.

“We are monitoring him very closely for any evidence of complications from either the coronavirus illness or the therapies that we are prescribing to make him better,” said Dr. Sean Dooley, an internist.

“He is in exceptionally good spirits,” Dooley said, explaining that when the team of doctors completed its rounds Saturday morning, the president exclaimed, “I feel like I could walk out of here today.”

The team of doctors declined to go into detail on the president’s diagnosis in response to some of the questions from reporters.

Conley said Trump is receiving daily ultrasounds and lab work, but when asked if lung scans have shown damage, he declined to “go into specifics of what the findings are.”

On Thursday, the 74-year-old president was given a high dose an experimental special antibody therapy cocktail developed by Regeneron to fight the coronavirus, Dr. Brian Garibaldi, a specialist in pulmonary medicine, said.

“We’re working very closely with the company to monitor him in terms of that outcome,” said the doctor, who added that Friday evening Trump received the first of a five-day course of intravenous remdesivir, another anti-viral drug being studied to see how effective it is in fighting COVID-19.

“If he needs all five days, that would likely be the course,” Conley said, adding that Trump “has been fever free for over 24 hours.”

The team of doctors noted that days seven to 10 for a coronavirus patient are the most concerning, due to the possibility of serious inflammation.

“Every day, we’re evaluating, ‘Does he need to be here?’” Dr. Conley said in answering questions from reporters during a 12-minute briefing.

Shortly after the news conference, Trump tweeted, “Doctors, Nurses and ALL at the GREAT Walter Reed Medical Center, and others from likewise incredible institutions who have joined them, are AMAZING!!!Tremendous progress has been made over the last 6 months in fighting this PLAGUE. With their help, I am feeling well!”

Doctors, Nurses and ALL at the GREAT Walter Reed Medical Center, and others from likewise incredible institutions who have joined them, are AMAZING!!!Tremendous progress has been made over the last 6 months in fighting this PLAGUE. With their help, I am feeling well!

Both Trump and first lady Melania Trump tested positive for the coronavirus on Thursday evening after one of the president’s close aides, Hope Hicks, was confirmed to be ill with COVID-19.

Late Friday, Trump tweeted from his hospital suite, “Going well, I think! Thank you to all. LOVE!!”

There has been no transfer of power from the hospitalized president to Vice President Mike Pence, who was at his official residence, the U.S. Naval Observatory, according to White House officials.

Trump’s illness comes a month before the November election. His opponent, Democratic Party nominee Joe Biden, said Friday he was sending “prayers for the health and safety of the first lady and the president of the United States.”

Biden added that the president’s positive test for COVID-19 is a “bracing reminder to all of us that we have to take this virus seriously.”

Trump and Biden were about 4 meters apart on a debate stage Tuesday evening in Cleveland, Ohio. The U.S. Centers for Disease Control and Prevention suggests at least 2 meters for social distancing purposes.

Speaking Friday in Grand Rapids, Michigan, Biden, wearing a surgical mask, called again for a national mask mandate, asserting it could save 100,000 lives in 100 days.

The coronavirus has killed more than 208,000 people in the United States and infected 7.3 million across the country, according to Johns Hopkins University data.

A spokesperson confirmed early Saturday that Stepien has also tested positive for the virus and is suffering “mild, flu-like symptoms.”

Pompeo said he and his wife were examined on an airplane 20 minutes before landing in Dubrovnik, Croatia. The country’s top diplomat told reporters upon arrival that he last saw Trump on September 15 at the White House and said, “We are praying for the president and first lady that they’ll have a speedy recovery.”

Three U.S. senators, all from Trump’s Republican Party, have announced in recent days they have all tested positive for the coronavirus. Two of them attended last Saturday’s event in the White House Rose Garden where the president announced Judge Amy as his nominee for the Supreme Court.

Former Trump adviser Kellyanne Conway, who left the White House staff in August but attended that event, tweeted late Friday that she has also tested positive for COVID-19.

Tonight I tested positive for COVID-19. My symptoms are mild (light cough) and I’m feeling fine. I have begun a quarantine process in consultation with physicians.
As always, my heart is with everyone affected by this global pandemic. ❤️

During the Rose Garden, guests were seated closely together and most did not wear masks – a defiance of the U.S. government’s own guidelines on such gatherings amid the coronavirus pandemic. 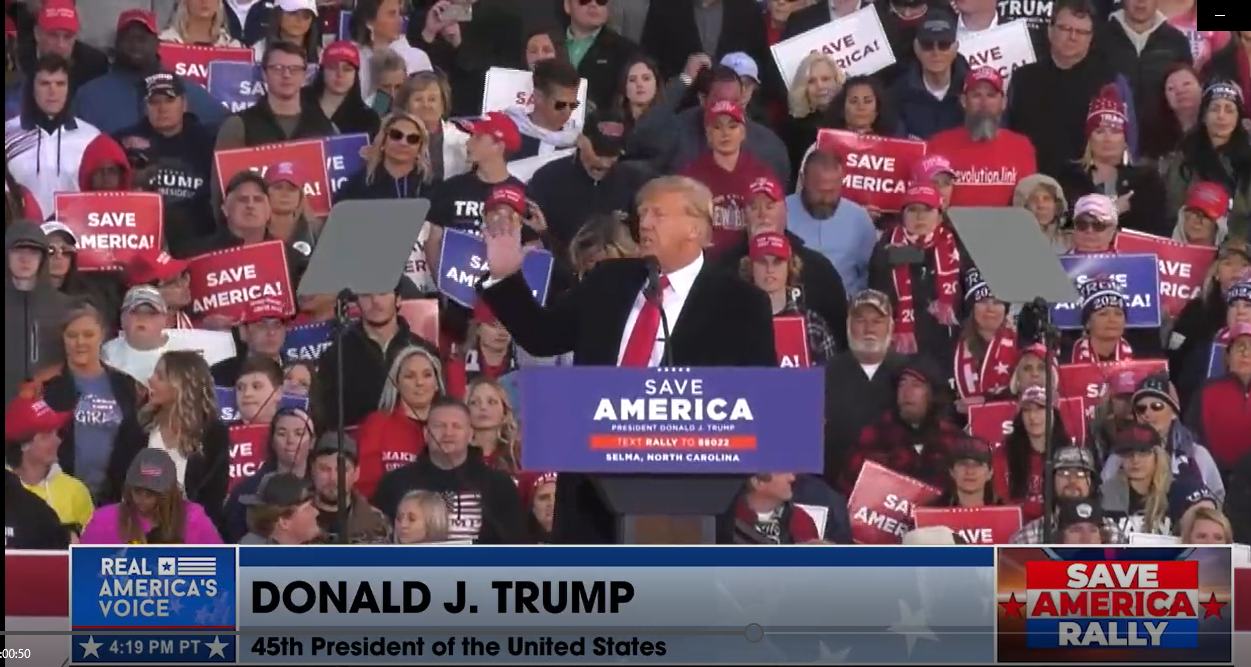 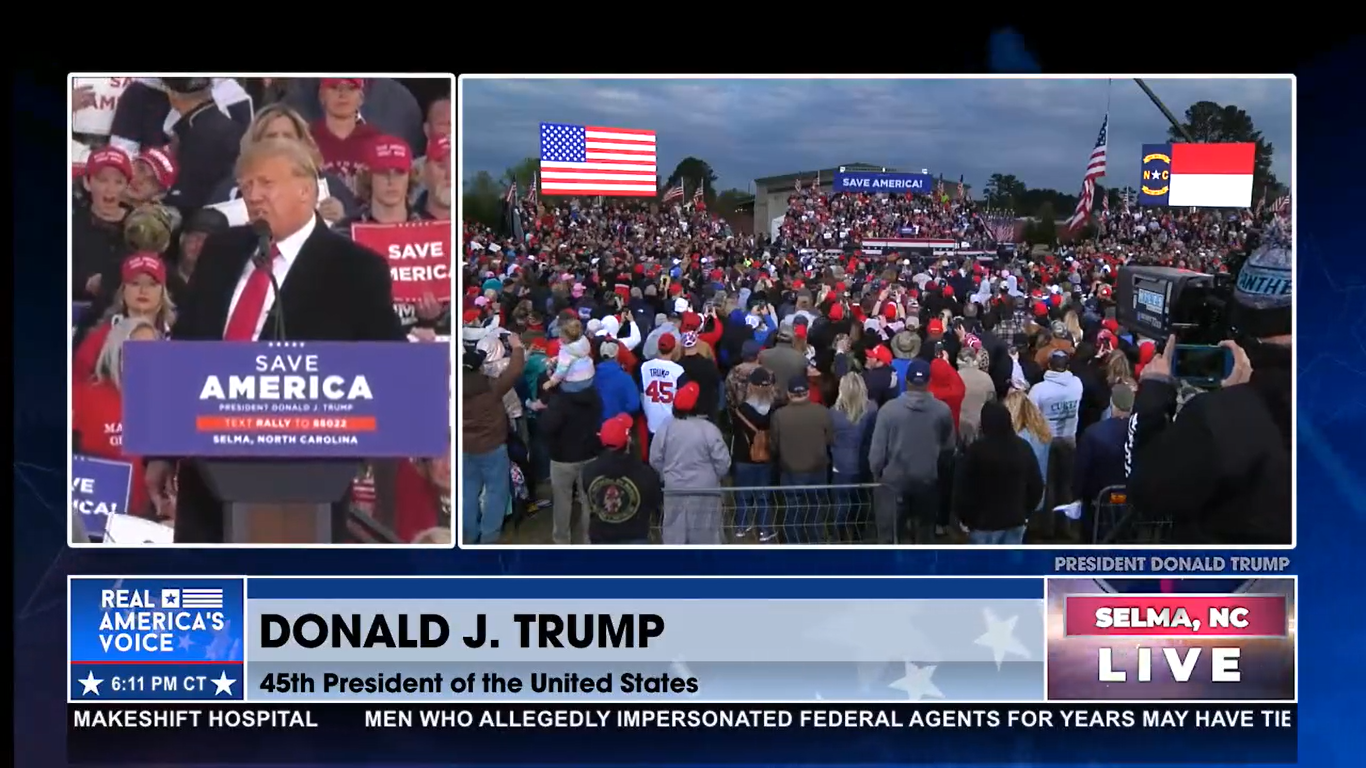 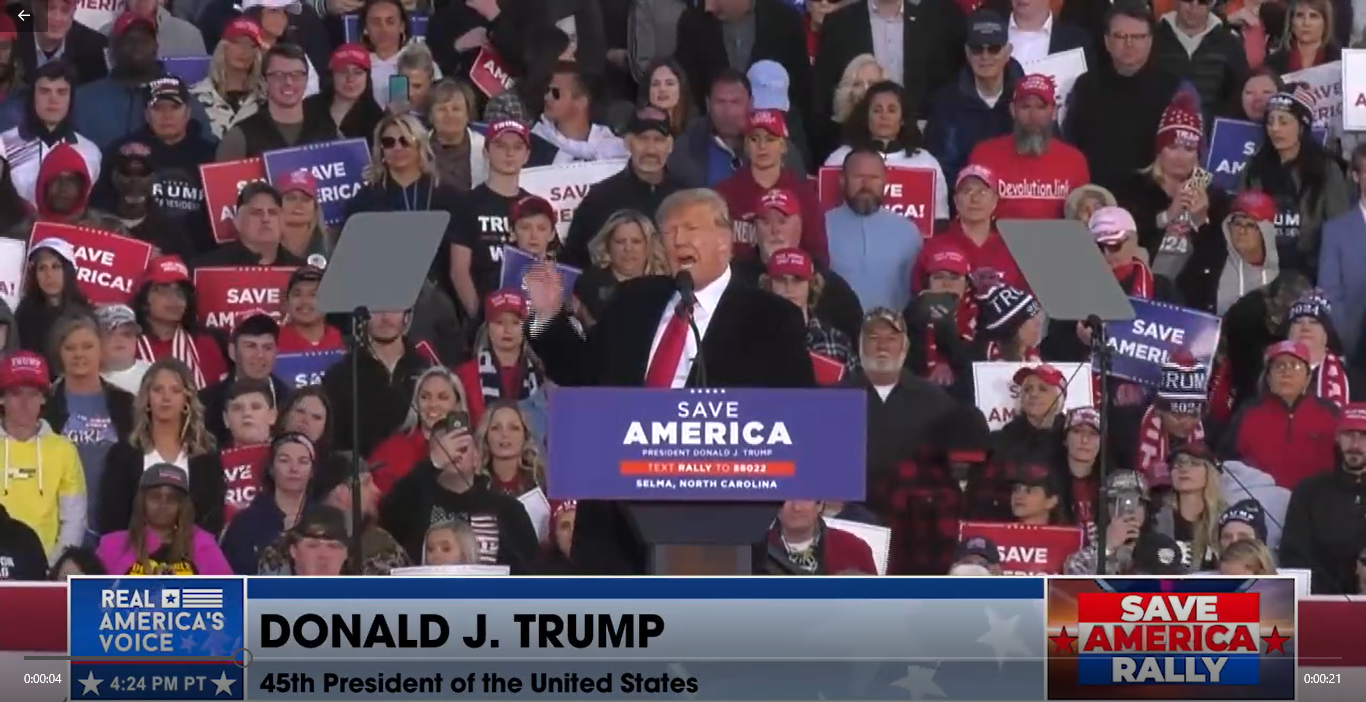 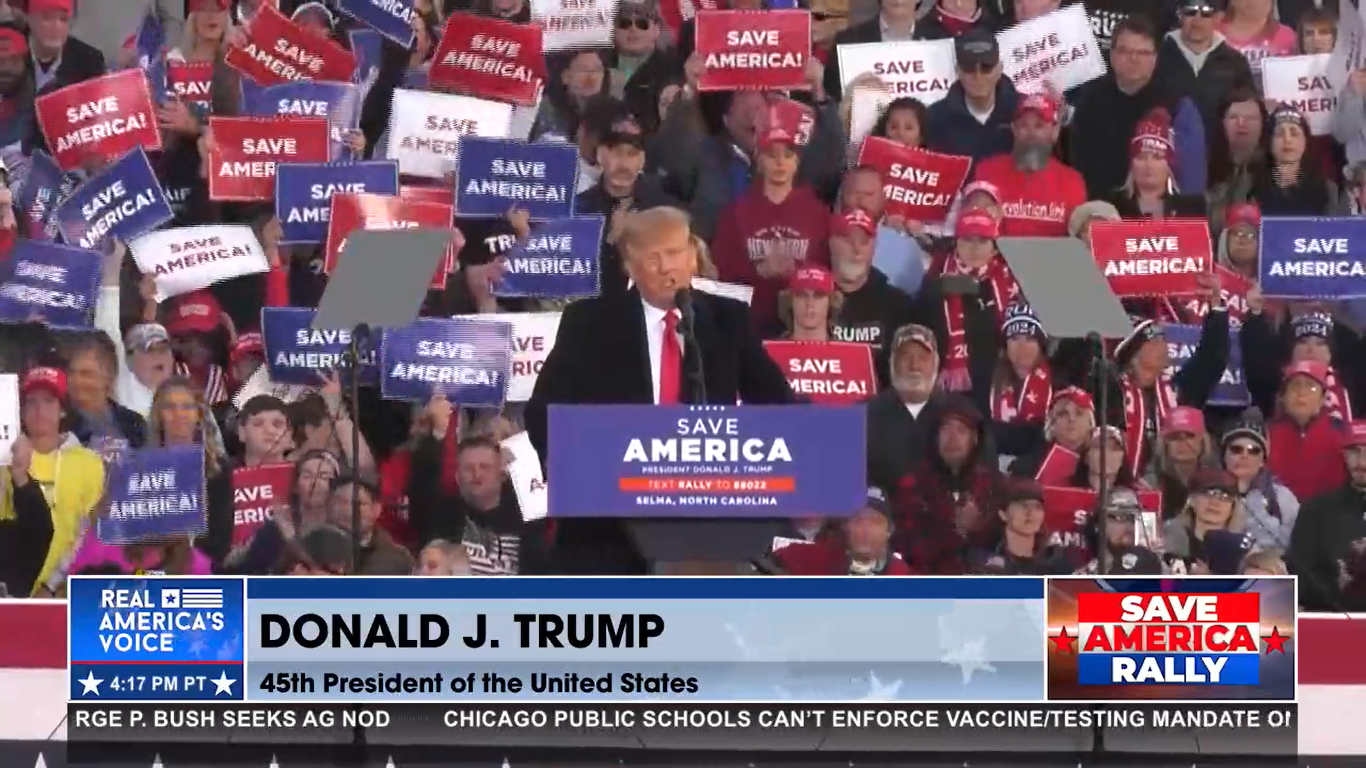 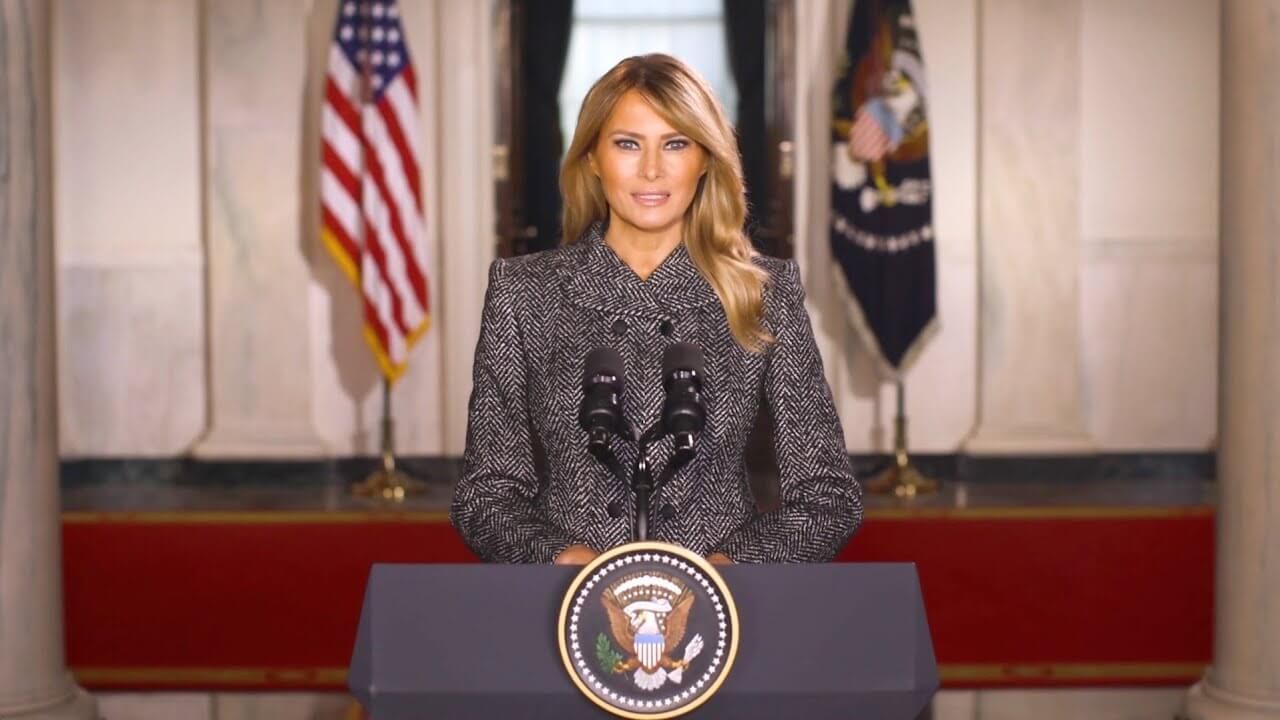