A torrent of sharp objections and resounding praise continued Friday in reaction to the U.S. airstrike that killed Iran's Quds Force commander, Qassem Soleimani, and heralded a new and heightened phase of conflict between Washington and Tehran.
Senate Majority Leader Mitch McConnell, a Kentucky Republican, hailed the outcome, saying, "This morning, Iran's master terrorist is dead."
Speaking from the chamber as lawmakers prepared to return to Washington, McConnell added, "The architect and chief engineer for the world's most active state sponsor of terrorism has been removed from the battlefield at the hand of the United States military. No man alive was more directly responsible for the deaths of more American service members than Qassem Soleimani."

Democrats shed no tears over the Iranian general's demise but questioned the wisdom and legal underpinnings of the operation.
"This action may well have brought our nation closer to another endless war — exactly the kind of endless war the president promised he would not drag us into," Senate Minority Leader Chuck Schumer of New York said in floor remarks.

"The killing of Iranian General Soleimani invites even further escalation by a president who has a poor record of judgment in dealing with world powers," Illinois Democratic Senator Dick Durbin said in a statement. "[R]emember the constitutional responsibility of Congress to authorize war; [to] ask the critical questions of what led us to this point and where we are headed."
McConnell said he expected administration officials would brief members of Congress and answer lawmakers' questions about Friday's airstrike in Baghdad early next week.

Praise from Bolton
Meanwhile, a former senior White House official praised the operation.
"Congratulations to all involved in eliminating Qassem Soleimani," former Trump national security adviser John Bolton tweeted. "Long in the making, this was a decisive blow against Iran's malign Quds Force activities worldwide. Hope this is the first step to regime change in Tehran."
"Qassem Soleimani was an arch terrorist with American blood on his hands. His demise should be applauded by all who seek peace and justice. Proud of President Trump for doing the strong and right thing," former U.S. Ambassador to the United Nations Nikki Haley tweeted.

Not all reaction split neatly along party lines.
"If we are to go to war w/ Iran the Constitution dictates that we declare war," Kentucky Republican Senator Rand Paul said on Twitter. "A war without a congressional declaration is a recipe for feckless intermittent eruptions of violence w/ no clear mission for our soldiers. Our young men and women in the armed services deserve better."
The airstrike elicited strong reactions from 2020 presidential candidates.
"President Trump just tossed a stick of dynamite into a tinderbox," former Vice President Joe Biden, a Democrat, said in a statement. "[T]his is a hugely escalatory move in an already dangerous region."

Warren: Trump 'marching toward war'
"Donald Trump ripped up an Iran nuclear deal that was working. He's repeatedly escalated tensions. Now he's assassinated a senior foreign military official. He's been marching toward war with Iran since his first days in office — but the American people won't stand for it," Democratic Senator Elizabeth Warren of Massachusetts said on Twitter.
"Soleimani was evil. Of that, there is no doubt," tweeted former Massachusetts Governor William Weld, a Republican who is challenging Trump's renomination for president. "While there are real questions to be asked about this administration's strategic approach toward Iran, today, our focus MUST be on the safety & security of our fellow Americans standing in harm's way at a very dangerous moment." 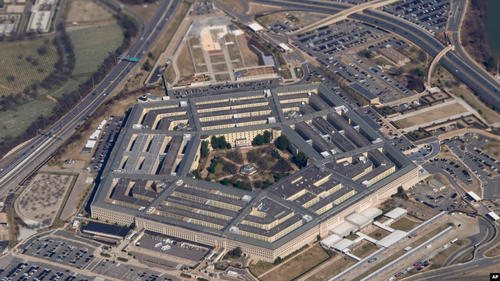