President Trump to appear at Des Moines, Iowa rally amidst record favorability in the Hawkeye State.

The latest “Save America Rally” comes as Trump enjoys record popularity in Iowa, a crucial battleground state, with a recent Des Moines Register/Mediacom Iowa Poll showing 53 percent of Iowans holding a favorable view of the 45th President — more than at any time he was in office.

“With President Trump’s popularity at record highs in the Hawkeye State, this will be the perfect rally for Real America’s Voice to showcase our unique and unparalleled event coverage,” said Director of Programming Roger D. Hudson. “We have consistently been on the ground with the very best correspondents in the business — who know the politics and our audience,” Hudson continued. “We at Real America’s Voice are committed to being the next best thing to a backstage pass to one of President Trump’s rallies.”

The special coverage of the Des Moines, Iowa “Save America Rally” will be anchored live by Terrance Bates from the Real America’s Voice studios beginning at 5pm EDT and concluding at 11pm EDT. Top Real America’s Voice talent — including Ben Bergquam, David Zere, Karyn Turk, Heather Mullins, and Amanda Head — will be on site covering the reaction from rally participants and providing live, in-depth analysis of the event and President Trump’s speech.

The Real America’s Voice patriot bus will also be in present to support the network’s live coverage of the rally and connect with the tens of thousands of Trump supporters expected to be in attendance. 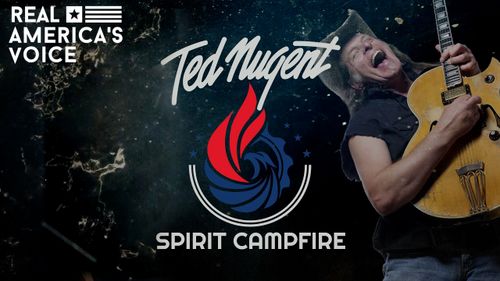