A new Pentagon report predicts that China will “at least double” the size of its nuclear warhead stockpile over the next decade as it pursues its own nuclear triad to conduct nuclear strikes by land, sea and air.

China’s modernization and expansion of its nuclear force is part of a broader effort aimed at matching, and in some cases surpassing, the United States military by 2049 as the dominant power in the Indo-Pacific region, according to the Pentagon’s annual “China Military Power” report to Congress that was released Tuesday.

The report said the number of Chinese nuclear warheads is currently estimated to be slightly more than 200 and includes those that can be fitted to ballistic missiles capable of reaching the United States.

This is the first time the Pentagon has stated a specific number of Chinese warheads, Deputy Assistant Secretary of Defense Chad Sbragia told reporters this week.

The United States’ nuclear arsenal, with an estimated 3,800 warheads in active status, would still dwarf the Chinese arsenal. The U.S. has submarines and aircraft capable of delivering a nuclear strike, along with intercontinental ballistic missiles on land.

In the past 15 years, the Chinese Navy has constructed 12 nuclear submarines, six of which provide China’s first “credible, sea-based nuclear deterrent,” according to the report. By the mid-2020s it will likely build a new, guided-missile nuclear attack submarine that could provide a secret land-attack option if equipped with land-attack cruise missiles.

China has declined urgings from the Trump administration to join the U.S. and Russia in a deal to limit strategic nuclear arms. Without China’s added participation, the U.S. appears poised to let an existing U.S.-Russia arms treaty known as New START expire in February 2021.

Esper called the Indo-Pacific region the "epicenter" of great power competition, vowing not to "cede an inch" to countries that threaten international freedoms, in an apparent dig at China.

The Pentagon issued a statement of concern, saying China's actions "stand in contrast to its pledge to not militarize the South China Sea and are in contrast to the United States' vision of a free and open Indo-Pacific region, in which all nations, large and small, are secure in their sovereignty, free from coercion, and able to pursue economic growth consistent with accepted international rules and norms." 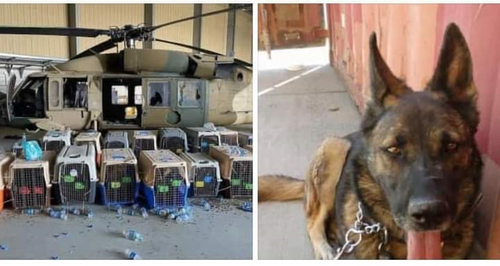