Democratic presidential candidates Joe Biden and Pete Buttigieg, moderates who project themselves as pragmatic collaborators, are taking a no-compromise approach on the overhaul of the nation's gun laws after the latest mass shooting.
Campaigning separately in eastern Iowa on Monday, the former vice president and the mayor of South Bend, Indiana, say the minimum provisions include universal background checks, a ban on military-style weapons and high-capacity ammunition, and red flag laws to allow officials to confiscate firearms from dangerous people.
Biden told reporters before a Labor Day picnic in Cedar Rapids that inaction from President Donald Trump and congressional Republicans is "disgraceful." Asked if there's room for negotiation, he declared: "None. This is one we have to just push and push and push and push and push."

Buttigieg also rejected compromise, saying after a campaign event in Cedar Rapids: "There is just no good faith in the congressional GOP nor, I believe, in the White House when it comes to dealing with this issue."

Their comments come two days after a gunman toting an assault-style rifle went on a rampage in Odessa, Texas, killing seven people around town before being gunned down by police. The FBI said the shooter "was on a long spiral of going down." This shooting occurred less than a month after two other high-profile mass shootings, in El Paso, Texas, and Dayton, Ohio.

Biden's and Buttigieg's positions represent a rare case of absolutism from the two men. Despite their generational divide, at ages 76 and 37, both have staked their campaigns in part on calls for a more civil, productive governing process in Washington.

They both pointed to public opinion polls as a reason for their uncompromising approach. According to national public opinion polls for the past several years, large majorities of Americans support requiring background checks for all gun buyers. Majorities, though smaller, also support banning the sale of military-style weapons such as the AR-15.
"Look, you can either defy the American people or you can defy the NRA," Buttigieg said. "You have a choice."
Trump, NRA
Yet any movement to tighten gun laws has stopped cold for years with Republicans controlling one or both chambers of Congress.

Buttigieg and Biden both predicted that intransigence will draw voters' ire at the ballot box.
"If Republicans don't make that right choice this time, I think they will be punished with the loss of power. And maybe that's what it will take to motivate them to come a little more in line with the American people," Buttigieg said.
Added Biden: "It's going to result in seeing some of them defeated."

Trump expressed a commitment Sunday, hours after the latest deadly mass shooting, to work with a divided Congress to "stop the menace of mass attacks."
He notably came out in favor of background checks in 2018 after 17 students and adults were killed at a Parkland, Florida, high school, only to quickly retreat under pressure from the National Rifle Association. He's followed the same course after recent killings in California, Ohio and Texas.
Another Democratic presidential candidate, Amy Klobuchar, on Monday noted Trump's reversal.
"He flipped" after talking to the NRA, Klobuchar said. "That's what happens."

Klobuchar, other Democrats
The Minnesota senator stopped short of taking the same stance as Biden and Buttigieg, however. Klobuchar has co-sponsored a Senate proposal to ban military-style weapons. But she acknowledged that's more of a wish-list item for Democrats given GOP control of the Senate.

For now, she said, the "minimum of what we should do" includes expanded background checks, the red flag laws and closing the so-called boyfriend loophole that deals with gun rights for perpetrators of domestic violence. Federal law that bars those convicted of misdemeanor domestic violence against spouses and "similarly situated" companions from possessing firearms. The prohibition has been applied in cases of live-in companions, but Klobuchar argues it doesn't go far enough to protect some victims who weren't living with their abuser.
Democrats' broad field of presidential candidates has been unified in calling for stricter gun laws. But Biden's strong position Monday stands out given his advocacy for more compromise on Capitol Hill.
Previously, he has said he is capable of working with Senate Majority Leader Mitch McConnell and recalled that, as a young senator in the 1970s, he found ways to work with Southern segregationist senators elected during the Jim Crow era.
This time, he said, there's no place for a bargain because Republicans are being "irrational."
"I'll work with Mitch McConnell where we can agree, but on this one he's not going to agree because he is where the president is," Biden said. "So we just have to beat them, flat out beat them." 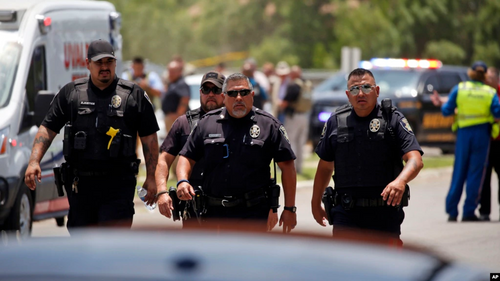 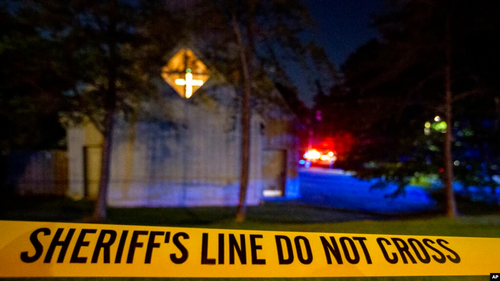 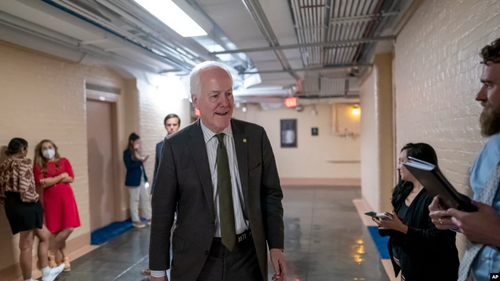 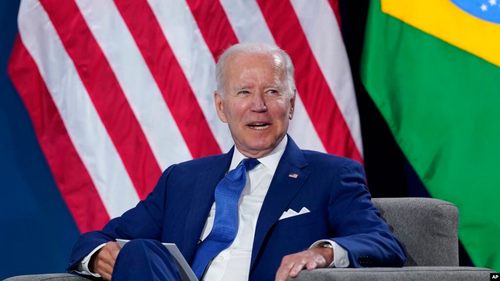