Steven Billet worked on Capitol Hill for prominent members of the House of Representatives and then spent 18 years lobbying Congress for a telecommunications company. Now he directs the Legislative Affairs Program at George Washington University. He shakes his head when asked to comment on the state of Congress this past year and says he has never seen it "worse in my lifetime."

Billet says the divisiveness is a reflection of the country as a whole, in a year dominated by the impeachment of President Donald Trump. That discord proved itself in a Congress of inaction for the first 11 months of the year, followed by a whirlwind of votes in December. 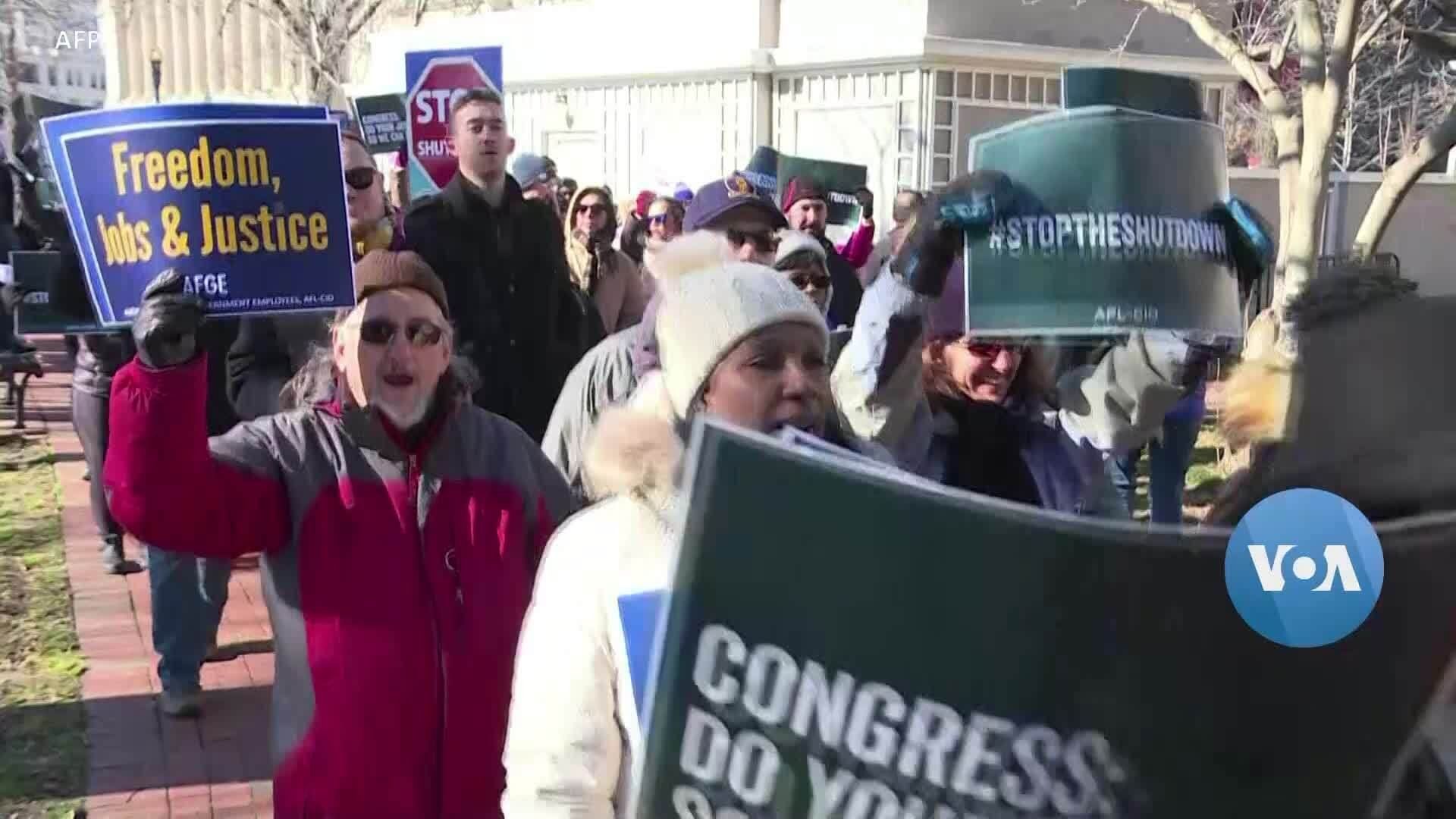 The year stuttered through January with a 35-day, record-setting government shutdown. A Congress fixated on reopening the government did little else. Amid near-constant partisan warfare, freshmen legislators new to Capitol Hill spent hours in political party caucus strategy sessions, sapping time from advancing legislation to benefit their constituents. Instead, they got a crash course in Washington gridlock.

Once the shutdown ended, the president's annual State of the Union speech appealed for Congress to "break decades of political stalemate." But that was unlikely to happen with a divided Congress, as Democrats controlled the House and the Republicans controlled the Senate.

Looking back on his first year as a U.S. Representative, Republican Pete Stauber of Minnesota said, " I think the division [between the parties] was the biggest disappointment." Stauber said he and his freshmen class of legislators need to lead the way with bipartisan bills and bridging the gap between parties.

As of the December adjournment, Congress passed 101 bills that became law for the year, one of the legislature's least productive in modern history. Of the 101, a significant proportion dealt with routine governmental operations about which few Americans knew or cared. Many others were minor matters like renaming U.S. post offices for prominent people.

In late September, House Speaker Nancy Pelosi initiated the formal impeachment inquiry of President Donald Trump announcing, "No one is above the law." Subsequent hearings would compound the gridlock and the acrimony on Capitol Hill as Republicans stood behind Trump and Democrats demanded consequences for the president's alleged misdeeds.

But, in December, as the House was drafting the articles of impeachment, it was simultaneously working to advance one of the President's key campaign promises — a massive U.S. trade pact with Mexico and Canada, the USMCA — to replace The North American Free Trade Agreement, NAFTA. The House approved the deal in its final vote of the year.

US House Impeaches President Trump On a near party-line vote, Democrat-controlled House approves two articles of impeachment against Trump, a Republican, making him only third US president to be impeached in country's 243-year history

The House's cooperation with a president majority Democrats were trying to impeach surprised many observers but not former Ohio State Senator and current American University Professor Capri Cafaro, who called the move good political strategy.

"From the House Democratic perspective, they want to be perceived as not just being all about impeachment…. that they are doing the work of the American public and they are not just focused on a vendetta," Cafaro said.

Other key issues never made it to fruition — such as immigration, health care or gun control. Even so, $25 million earmarked for gun violence research was tacked onto a yearend $1.4 trillion spending bill that also provided $1.37 billion for wall construction along the US-Mexico border. That figure was far less than the $5 billion the president requested. Also included was a provision raising the purchase age for tobacco products — including e-cigarettes — to 21.

A bill aimed at lowering prescription drug prices was approved in the House but appears stalled in the Senate. Twelve weeks of paid family leave for 2.1 million government workers was attached to the annual National Defense Authorization Act.

Michele Swers, a professor at George Washington University with a focus on women in Congress, puts the bill into a global perspective.
"It is quite important when you consider that the United States is the only major OECD (Organization for Economic Cooperation and Development) country and of most countries around the world that does not [by law] provide paid [maternity] leave for employees."

US House Approves Bill Denouncing China's Crackdown of Uighur MuslimsLegislation calls for Trump administration to impose sanctions on officials deemed responsible for detention of millions of Uighurs and other ethnic Muslims; China vows Washington will "pay a price" for interfering in its internal affairs

Resolutions to halt military sales to Saudi Arabia, the United Arab Emirates, England, France, Spain, and Italy failed due to presidential vetoes, as did an effort to end America's involvement in Saudi Arabia's military campaign in Yemen.

The sudden flurry of activity on Capitol Hill could end in January as the Senate is expected to launch an impeachment trial and as all of Washington sets its sights on the 2020 elections.

Professor Billet says many bills will stall as lawmakers in both chambers look at "every piece of legislation … from every possible electoral angle to see how it may or may not play out" politically.