House leaders on Monday unveiled a $1.4 trillion government-wide spending package that's carrying an unusually large load of unrelated provisions catching a ride on the last train out of Congress this year.

A House vote is slated for Tuesday on the sprawling package, some 2,313 pages long, as lawmakers wrap up reams of unfinished work — and vote on impeaching President Donald Trump.

The mammoth measure takes a split-the-differences approach that's a product of divided power in Washington, offering lawmakers of all stripes plenty to vote for — and against. House Speaker Nancy Pelosi, D-Calif., was a driving force, along with administration pragmatists such as Treasury Secretary Steven Mnuchin, who negotiated the summertime budget deal that it implements.

Trump hasn't said for sure that he'll sign the measure. He invariably has second thoughts, but he's not interested in another government shutdown and has always bowed to Pelosi and Senate Majority Leader Mitch McConnell, R-Ky., when they've teamed up on compromise spending packages.

Retired coal miners and labor union opponents of Obama-era taxes on high-cost health plans came away with big wins in weekend negotiations by top congressional leaders and the Trump White House. The bill would also increase the age nationwide for purchasing tobacco products from 18 to 21, and offers business-friendly provisions on export financing, flood insurance and immigrant workers.

The legislation would forestall a government shutdown this weekend and give Trump steady funding for his U.S.-Mexico border fence. The year-end package is anchored by a $1.4 trillion spending measure that caps a difficult, months-long battle over spending priorities.

The roster of add-ons grew over the weekend to include permanent repeal of a tax on high-cost "Cadillac" health insurance benefits and finance health care and pension benefits for about 100,000 retired union coal miners threatened by the insolvency of their pension fund. A tax on medical devices and health insurance plans would also be repealed permanently.

The deficit tab for the package grew as well — almost $400 billion over 10 years to repeal the three so-called "Obamacare'' taxes alone — with a companion package to extend several business-friendly tax breaks still under negotiation. The Obama-era taxes have previously been suspended on a piecemeal basis.

The legislation is laced with provisions reflecting divided power in Washington. Republicans maintained the status quo on several abortion-related battles and on funding for Trump's border wall. Democrats controlling the House succeeded in winning a 3.1 percent raise for federal civilian employees and the first installment of funding on gun violence research after more than two decades of gun lobby opposition.

The sweeping legislation, introduced as two packages for political and tactical purposes, is part of a major final burst of legislation that's passing Congress this week despite bitter partisan divisions and Wednesday's likely impeachment of Trump.

Thursday promises a vote on a major rewrite of the North American Free Trade Agreement, while the Senate is about to send Trump the annual defense policy bill for the 59th year in a row.

The core of the spending bill is formed by the 12 annual agency appropriations bills passed by Congress each year. It fills in the details of a bipartisan framework from July that delivered about $100 billion in agency spending increases over the coming two years instead of automatic spending cuts that would have sharply slashed the Pentagon and domestic agencies.

The increase in the tobacco purchasing age to 21 also applies to e-cigarettes and vaping devices and gained momentum after McConnell signed on.

Other add-ons include a variety of provisions sought by business and labor interests and their lobbyists in Washington.

For business, there's a seven-year extension of the charter of the Export-Import Bank, which helps finance transactions benefiting U.S. exporters, as well as a renewal of the government's terrorism risk insurance program. The financially troubled government flood insurance program would be extended through September, as would several visa programs for both skilled and seasonal workers.

Democrats controlling the House won increased funding for early childhood education and a variety of other domestic programs. They also won higher Medicaid funding for the cash-poor government of Puerto Rico, which is struggling to recover from hurricane devastation and a resulting economic downturn.

While Republicans touted defense hikes and Democrats reeled off numerous increases for domestic programs, most of the provisions of the spending bill enjoy bipartisan support, including increases for medical research, combating the opioid epidemic, and Head Start and childcare grants to states.

"We are scaling up funding for priorities that will make our country safer and stronger and help hardworking families get ahead," said House Appropriations Committee Chairwoman Nita Lowey, D-N.Y.

The outcome in the latest chapter in the longstanding battle over Trump's border wall awards Trump with $1.4 billion for new barriers — equal to last year's appropriation — while preserving Trump's ability to use his budget powers to tap other accounts for several times that amount. That's a blow for liberal opponents of the wall but an acceptable trade-off for pragmatic-minded Democrats who wanted to gain $27 billion in increases for domestic programs and avert the threat of simply funding the government on autopilot.

Because dozens of Democrats might vote against the border wall, Pelosi is pairing money for the Department of Homeland Security with the almost $700 billion Pentagon budget, which is guaranteed to win GOP votes to offset Democratic defections.

The coal miners' pension provision, opposed by House GOP conservatives like Minority Leader Kevin McCarthy, R-Calif., had the backing of Trump and powerful Senate GOP Leader McConnell and Trump. Sen. Joe Manchin, D-W.Va., was a dogged force behind the scenes and said the other leaders rolled the House GOP leader, who also lost a behind-the-scenes battle with Pelosi on parochial California issues.

"Something had to be done and we finally got Mitch McConnell to sign onto the bill," Manchin said. "But we could not move McCarthy. Then finally we just had to move forward and they did it." 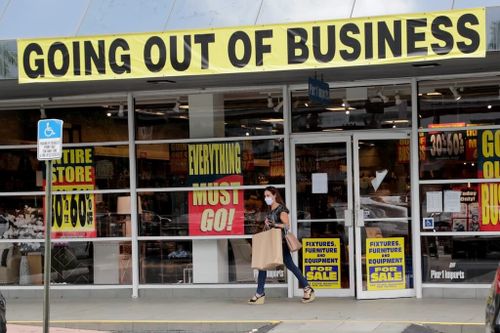 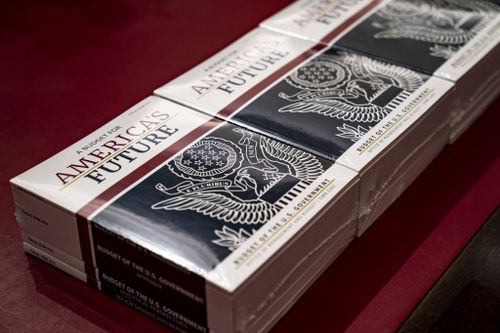 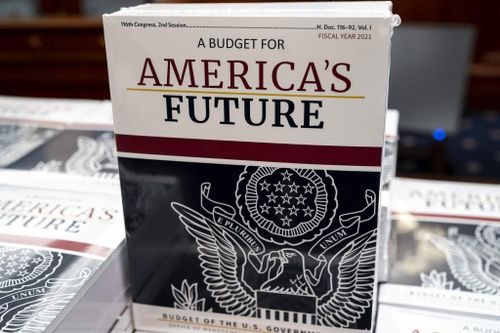 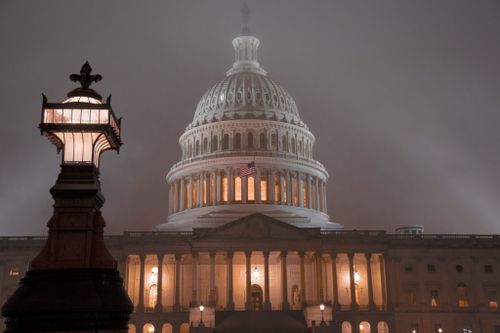 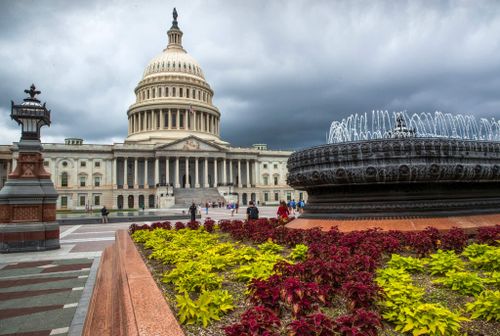