The U.S. federal government entered the second day of its partial shutdown Sunday.

The move affects a quarter of the government, encompassing more than 800,000 federal employees, more than half of whom will continue to work without pay.

It will be after Christmas before Congress and President Donald Trump agree to a resolution to their funding impasse because Monday and Tuesday are federal holidays and the U.S. Senate is not scheduled to meet again until Thursday.

The sticking point is money for a wall on the U.S. border with Mexico. The president wants Congress to allocate $5.7 billion toward a southern border wall. Trump promised during his successful presidential campaign in 2016 that Mexico would pay for the wall.

Congress had refused the president’s request for a down payment on the $20 billion wall the U.S. leader says will thwart illegal immigration.

Mexico says it will never pay for the wall’s construction.

He canceled his Florida holiday vacation. First Lady Melania Trump already had traveled to Mar-a-Lago with their son, Baron, for the holiday, but the two plan to return to the White House for Christmas.

McConnell said the Senate would meet in a “pro forma” session Monday, but those sessions are brief, sometimes lasting just minutes.

Earlier Saturday, Trump discussed border security with Republican lawmakers and senior aides at the White House to discuss a spending bill that would include money for his proposed wall.

During a conference call Saturday with reporters, a senior administration official was asked why Democrats were not present at the White House meeting when Trump has repeatedly said they are responsible for the shutdown.

“It’s important that Senate Democrats come to the table and begin to negotiate with us. Conversations last night did occur. We hope those continue this day, tomorrow and into the future. But it is important for them to acknowledge that border security, physical barriers need to be part of this package,” the official said.

McConnell said any agreement would first need to be approved by the president and congressional leaders before it would come to a vote.

Senate Minority Leader Chuck Schumer and House Speaker-designate Nancy Pelosi issued a joint statement Saturday saying, “Democrats have offered Republicans multiple proposals to keep the government open, including one that already passed the Senate unanimously, and all of which include funding for strong, sensible, and effective border security — not the president’s ineffective and expensive wall. If President Trump and Republicans choose to continue this Trump Shutdown, the new House Democratic majority will swiftly pass legislation to re-open government in January.” 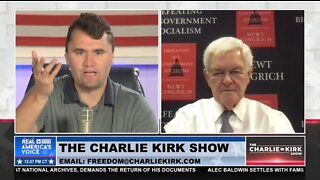 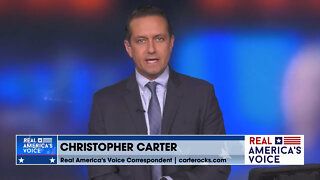 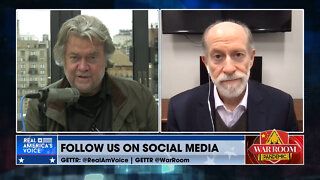 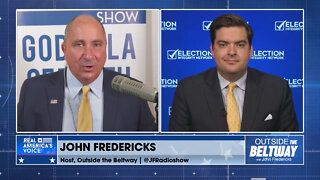 Getting Information Out Despite YouTube Censorship RealAmericasVoice Published October 5, 2022