Ten U.S. Democratic presidential contenders debated Wednesday night in the first major event of the 2020 election campaign, all looking to oust Republican President Donald Trump after a single term in the White House.

The immediate focus was on Sen. Elizabeth Warren, a progressive lawmaker from the northeastern state of Massachusetts who national surveys show has edged closer to former Vice President Joe Biden as a Democratic favorite to oppose Trump in the election to be held Nov. 3, 2020.

She told a live audience in Miami, Florida, and millions more watching on national television, “I want to return government to the people.” She added, “What’s been missing is courage, courage in Washington to take on the giants,” Warren said of major corporations. “I have the courage to go after them.”

Later, Warren said she supports a government-run health care system that could end the private insurance-based health care now used in the U.S. Some Democratic candidates and most Republicans, including Trump, oppose such a change as costly and a mistake for the country.

“We must not criminalize desperation” of migrants to reach the U.S., Castro said. He said this week’s photo of an El Salvadoran father and his 23-month-old daughter drowning in the Rio Grande River on the southern U.S. border with Mexico “is heartbreaking … and should piss us all off.”

Warren was also joined on the debate stage by Sen. Amy Klobuchar of Minnesota, former Congressman Beto O’Rourke of Texas and six others as they parried each other’s policy planks and aimed verbal shots at Trump and his 29-month White House tenure. “Immigrants do not diminish America,” Klobuchar said, but added that some border restrictions must be kept to stop human traffickers.

For many Americans, it was the first chance to size up the large field of Democratic presidential candidates, to see whether they might like any of them as an alternative to Trump, the country’s surprise winner in the 2016 election.

Another 10 Democratic contenders will debate Thursday night, including Biden and other top-tier possible choices, including Senators Bernie Sanders of Vermont and Kamala Harris of California; Mayor Pete Buttigieg of the Midwestern city of South Bend, Indiana; along with six others.

The Democrats are staging a dozen debates over the coming months, well ahead of the first Democratic election contest to eventually pick the party’s presidential nominee: caucus voting in the Midwest farm state of Iowa in the dead of winter next February.

The unwieldy field of candidates, in addition to another five who did not meet the Democratic National Committee’s minimal political standards to merit a spot in the debates, all sense they might have a chance to unseat Trump.

Democratic voters so far seem uncertain of what they are looking for in their party standard-bearer — someone who best represents their political views on such contentious issues as health care, abortion, foreign policy, immigration, taxes and more, or possibly a candidate who has one overriding quality: the best chance of defeating Trump.

Trump, as he left Washington for the Group of 20 economic meetings in Japan, said he would watch the Wednesday debate from Air Force One and taunted Biden, who won’t be on the stage until Thursday.

Asked what his expectations were for the debate, Trump told VOA, “I think they’re all going to do very poorly.”

Trump, greeting U.S. service personnel at a refueling stop in Alaska, said, “We have a big debate going on. Just started. I had my choice between you and them and I chose you.”

What will be their strategy?

A key unknown ahead of the debates was whether the Democratic challengers would spend more of their time attacking each other for their differences over policy issues or chiefly aim their political barbs at Trump.

Already, some of the Democrats are trying to diminish Biden’s nomination chances, attacking him for his recent recollection that 40 years ago when he was a young U.S. senator, he had working relationships in the Senate with segregationists adamantly opposed to the equality of blacks and whites.

The candidates already have been campaigning for months in the early states where Democrats next year will hold presidential party nominating contests, including Iowa, New Hampshire and South Carolina. 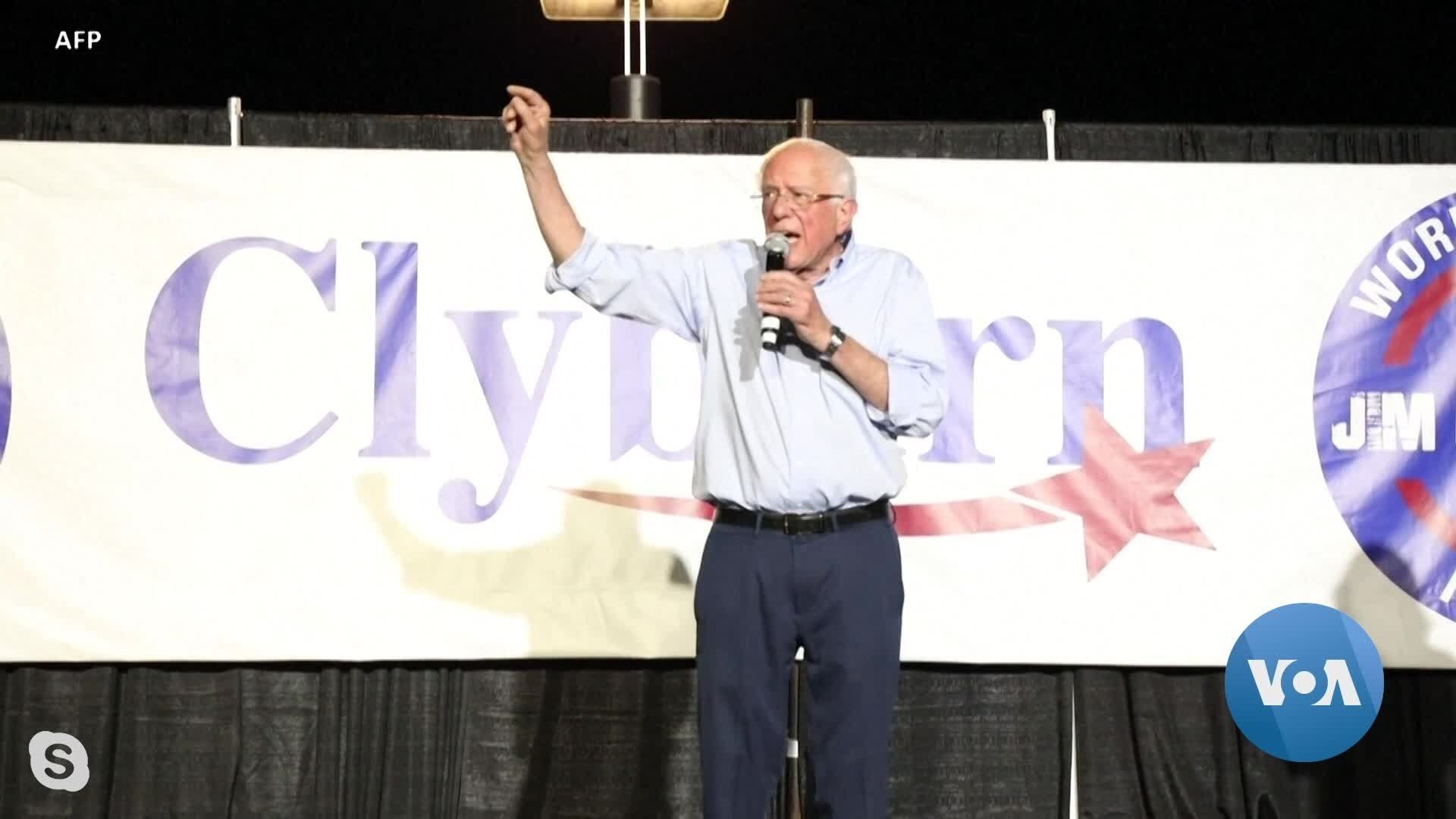 Despite a robust U.S. economy, a normal election-year barometer favoring an incumbent U.S. president’s re-election, Trump is by no means a shoo-in for a second four-year term.

Polling shows the one-time New York real estate magnate has yet to win over many voters beyond the hard core of populist and Republican voters that have supported him through his 29-month presidency. More voters than not, surveys repeatedly show, disapprove of his performance in office.

U.S. political pundits dismissed Trump’s chances of a victory three years ago, but he could win again.

At the moment, however, surveys show several Democrats leading the 73-year-old Trump. Biden, who is 76 and was President Barack Obama’s two-term vice president, holds the biggest edge of more than 10 percentage points over Trump. But polls this far ahead of the election are not necessarily predictive and may be just a snapshot of a moment in time.

All of the Democratic presidential candidates, to one degree or another, have staked out positions on key issues they think are important to reshape policy debates in Washington, while at the same time attacking Trump for his views about domestic issues and international relations during his unprecedented presidency.

The Democrats running for the U.S. presidency have broadly adopted a much more expansive liberal role for the federal government than either the more conservative Trump or Republicans who control the Senate. Democrats, in philosophical political agreement with many of their presidential candidates, took control of the House of Representatives in the 2018 congressional elections.

The Democratic presidential candidates do have policy differences among themselves and often have emphasized a variety of issues they think might help them connect with voters when there is such a large field of candidates.

Warren and Sanders, neck and neck in second place behind Biden in nomination surveys, are both pushing for far-reaching changes to the country’s economic policies to help middle-class families, paid for with higher taxes on wealthy people. Warren wants new taxes on people with more than $50 million in assets, while Sanders called this week for wiping out all $1.6 trillion in student college debt.

Biden, to a large degree, has stayed above the fray of debate over policy issues, preferring to present himself as the voice of American stability, a correction to Trump’s unpredictable, tweet-filled presidency.

But appearing on the same stage with other Democrats on Thursday may force him to explain and account for his four decades as a Washington political figure and two failed presidential campaigns.