A day after announcing a “significant escalation” in the Trump administration’s fight against cities that do not cooperate with federal immigration authorities, U.S. Attorney General William Barr on Tuesday doubled down on his criticism of local prosecutors in those jurisdictions, saying they “are putting everyone in danger” by refusing to enforce a host of laws.

The highly critical comments were aimed at prosecutors in so-called sanctuary cities — counties and states that have emerged as an intractable thorn in the Trump administration’s side, as it has struggled to clamp down on the more than 10 million undocumented immigrants in the United States.

Barr, addressing a meeting of sheriffs in Washington, railed at what he called “rogue DAs (district attorneys)" who he says have taken on a new role of “judge-legislator-prosecutor” and fail to protect law enforcement officers.

“These self-styled ‘social justice’ reformers are refusing to enforce entire categories of law, including laws against resisting police officers,” Barr said. “Their policies are pushing a number of America’s cities back toward a more dangerous past,” Barr said in a speech at the Major County Sheriffs of America Winter Conference.

At a time when nationwide crime is trending lower, Barr said, the crime rate in cities with “progressive” prosecutors remains historically high.

In Philadelphia, the nation’s sixth-largest city, the murder rate has reached the highest level in over a decade, according to Barr. He said other major American cities such as Chicago, San Francisco, Seattle and St. Louis “have all suffered historic levels of homicide and other violent crime.”

“The policies of these DA’s strike at the very root of our law enforcement system,” the attorney general told sheriffs Tuesday.

Barr’s strident criticism of local prosecutors came a day after he announced that the Justice Department had filed lawsuits against California, New Jersey and King County, Washington state, over policies that the federal government says make it difficult to crack down on illegal immigration. The announcement marked a sharp escalation in the war between the federal government and local jurisdiction over immigration policies.

Adopted by five states and nearly three dozen counties, the so-called sanctuary laws prevent local and state authorities from turning over a criminal immigrant to federal authorities or sharing a criminal defendant’s immigration status when the person is released from custody. Local officials say doing so would undermine their crime-fighting efforts by discouraging immigrants from cooperating with law enforcement in criminal investigations.

The administration has responded by threatening retaliatory actions against sanctuary jurisdictions and filing legal briefs in dozens of cases around the country in recent years.

In the latest lawsuit filed against California, the Justice Department is challenging a recent state ban on privately operated detention facilities, arguing that it is a “blatant attempt” to prevent federal authorities from detaining undocumented immigrants. The department also has sued the state over several other sanctuary laws.

In the King County case, the department is seeking to overturn a policy that prevents the Department of Homeland Security from deporting immigrants using the local airport.

In New Jersey, it wants local authorities to share information about the immigration status and release of criminal aliens with the Department of Homeland Security.

The Justice Department says these laws and regulations are unconstitutional, arguing that states do not have the power to regulate the presence of immigrants or obstruct the federal government’s ability to enforce immigration laws.

“Innocent people are threatened and hurt by criminal aliens whom local jurisdictions have set free in the face of federal immigration detainers,” Barr said. “Law enforcement officers in the field are put in harm’s way when criminals are freed rather than deported. And tragically, it is often the very immigrant communities that these policies supposedly protect that are most harmed when criminal aliens are returned to the streets.”

Since taking office, Trump has pushed to clamp down on undocumented immigrants, saying they commit crime in disproportionately high numbers. However, research shows that immigrants are less likely to commit crime or be incarcerated than native-born Americans.

Prosecutors for a number of cities and counties critically cited by Barr did not immediately respond to his comments. 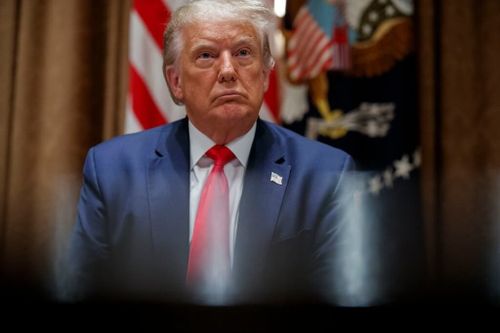