The two leaders are expected to discuss a possible free trade deal, which would be a first between the U.S. and an African country. Kenya is strategically important to the U.S., as America tries to offset the influence of China. China eclipsed the U.S. as Africa’s largest trading partner more than a decade ago.

Kenyatta’s visit to Trump’s White House is rare for an African head of state. Kenyatta met with Trump once before in August 2018, when the White House said Thursday “the two leaders established the United States-Kenya Bilateral Strategic Dialogue.”“ 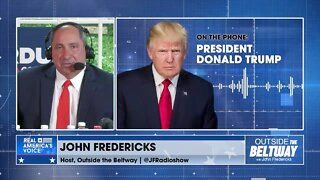