“He was treated very unfairly by our government!” Trump said in announcing the pardon, although D’Souza four years ago thanked a judge for “imposing a fair sentence” in the case, eight months in a community confinement center he could leave during the day to work and a $30,000 fine.

Later, the White House said Trump felt that D’Souza had been “a victim of selective prosecution.” It said D'Souza was “fully worthy” of a pardon because he had “accepted responsibility for his actions, and also completed community service by teaching English to citizens and immigrants seeking citizenship.”

In the last several years, the Indian-born D’Souza figured prominently in attacks on Trump’s predecessor, President Barack Obama, whom Trump also frequently vilifies. D’Souza wrote a best-selling 2010 book, “The Roots of Obama’s Rage,” and co-directed a 2012 film, “2016: Obama’s America,” which cast a bleak portrayal of what America would look like if Obama won re-election in 2012, which he did.

As he boarded Air Force One for a trip to Texas, Trump said he was considering pardons or commutations of sentences for two other prominent figures convicted in recent years: lifestyle maven and television star Martha Stewart, who served five months in prison in a securities fraud case, and former Democratic Illinois Governor Rod Blagojevich, who once appeared on Trump’s reality television show, The Celebrity Apprentice.

Blagojevich is in the midst of serving a 14-year term for trying to sell appointment to the Senate seat in Illinois that Obama vacated when he was elected president. At the time of the TV show, Trump praised Blagojevich for his “tremendous courage and guts,” but then fired him on the fourth episode of the 2010 season.

U.S. presidents have wide discretion in pardoning convicts they feel have been wronged.

Before his pardon of D’Souza, Trump already pardoned two other notable conservatives, former Arizona lawman Joe Arpaio, the self-proclaimed “toughest sheriff in America” convicted of engaging in a crackdown on illegal immigrants, and Lewis “Scooter” Libby, the one-time chief of staff to former Vice President Dick Cheney who was convicted of lying about the unmasking of the identity of a CIA agent.

Virginia Congressman Don Beyer, a Democrat, criticized Trump’s pardon of D’Souza, saying, “As with the pardon of Joe Arpaio, Trump is sending a message that he will reward political allies for loyalty with get-out-of-jail-free cards. He doesn’t care about the rule of law.”

The 53-year-old D’Souza pleaded guilty to illegally reimbursing two “straw donors” who had donated $10,000 apiece in 2012 to the unsuccessful Senate campaign of of Wendy Long, a woman he had known for years since their days at Dartmouth College in the 1980s. The donations exceeded the $5,000 limit for contributions from individuals that was in place at the time.

“It was a crazy idea, it was a bad idea,” D’Souza said as he was sentenced. “I knew that causing the campaign contributions to be made in the name of another was wrong, and something the law forbids. I deeply regret my conduct.”

Later, however, D’Souza claimed on television shows he had been “selectively” prosecuted — because of his vocal opposition to Obama — by federal prosecutor Preet Bharara, who was fired by Trump shortly after he assumed power in early 2017.

In a Twitter post, Bharara said, “The President has the right to pardon but the facts are these: D’Souza intentionally broke the law, voluntarily pled guilty, apologized for his conduct & the judge found no unfairness. The career prosecutors and agents did their job.” 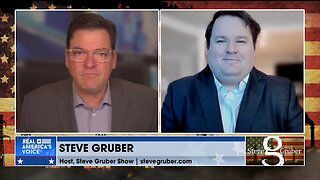 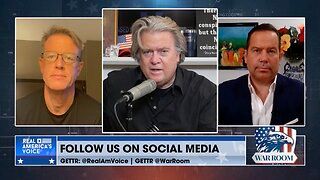 Ed Dowd on the Increase in Disabilities Following Mass Vaccinations 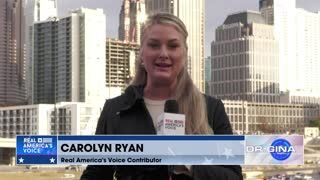 Carolyn Ryan: Grassroots Want A Change At The Top 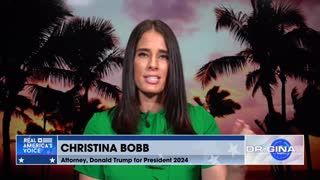 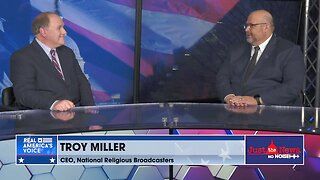 Troy Miller on the dangers of the Respect for Marriage act