Trump, the Republican incumbent, attacked Democrats and the media for continuing to focus on the coronavirus, accusing them of deflecting what he termed scandals involving Biden and his son Hunter.

“They are trying to hide all this corruption about the Biden family,” Trump said at his second rally in Circleville, Ohio.

At his first event in Lumberton, North Carolina, he spoke about testing for COVID-19, a day after the United States registered a single-day record number of cases.

“In some ways it’s good. In many ways it’s foolish,” Trump said of increased testing. “Cases are up. If we tested half, cases would be half,” he said.

The record number of cases gives “the fake news media something to talk about,” added the president.

Trump made the remark at a packed rally in defiance of pandemic social distancing guidelines in Lumberton.

At the event in Ohio, the president said the coronavirus “is going away” but the media only talks about “cases, cases, cases” and not a drop in COVID-19 deaths.

However, hospitalizations for the virus are increasing in many states.

More than 8.5 million people, including the president, have been infected with COVID-19 in the United States, and about 225,000 of those have died of the disease for which there is no cure.

Prior to his Saturday appearances, Trump cast an early vote for himself in his home state of Florida, to which he switched his official residence from New York last year.

“It’s an honor to be voting,” the president told reporters immediately after depositing his ballot at a library in West Palm Beach after spending the night at his nearby Mar-a-Lago resort. “I voted for a guy named Trump.”

At Biden’s second event of the day, rock musician Jon Bon Jovi played three songs before the nominee addressed the drive-in rally in a high school parking lot in Dallas, Pennsylvania, where honking of car horns substituted for applause.

“These days on the radio and at the [Trump] rallies on the TV, I always hear a lot of ‘me, me, me,’ but I really do believe that Joe believes in the power of we,” said the singer, a New Jersey native who spent boyhood summers in Erie, Pennsylvania.

Biden told his supporters that “yesterday was the worst day we had” with the coronavirus and Trump “is doing nothing.”

According to the former vice president, “Donald Trump hasn’t delivered on a damn thing he said he’d do.”

The event took place in the pivotal county of Luzerne, which voted for the ticket of Barack Obama and Biden in 2012 but helped to deliver Pennsylvania to Trump four years ago.

Biden, earlier in the day, also held a socially distanced drive-in event at a community college in Bucks County, a suburban county near Philadelphia that Hillary Clinton captured by a slim margin in 2016.

A group of Trump supporters could faintly be heard a short distance away, but loud enough for Biden to be aware of their presence.

“I’ll work as hard for those who don’t support me as those who do, including those chumps out there with a microphone.”

Speaking about the coronavirus, the Democratic Party nominee warned, “there’s going to be a dark winter ahead unless we change our way.”

Trump at his first rally of the day mocked that comment, sarcastically calling his opponent, “a very inspiring guy.”

Obama, meanwhile, spoke Saturday at a drive-in rally in North Miami in Florida.

“What we do in the next 10 days will matter for decades to come,” said the former president.

Obama contended that his successor has failed in the job and “doesn’t even acknowledge the reality of what’s taking place across the country” with the pandemic.

Trump, said Obama, has treated the presidency “like a reality show to give himself more attention.”

Although the presidential election is less than two weeks away, more than 57 million people have already voted. Another 100 million or so are expected to cast ballots before a winner is declared.

Most nationwide polls show Biden comfortably ahead of Trump, and the challenger also with slight leads in key states that are expected to swing the outcome of the election. 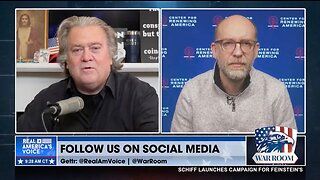 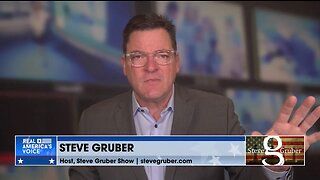 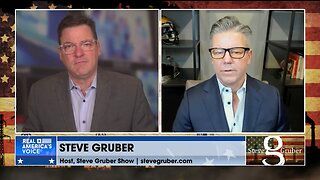