U.S. President Donald Trump is accusing House Speaker Nancy Pelosi of being guilty of "High Crimes and Misdemeanors, and even Treason," as Democratic lawmakers in the House push forward with their impeachment inquiry against the president.

The level of crimes Trump mentioned in his late Sunday tweet are the same as those the U.S. Constitution cites as the threshold for removing a president from office.

Trump was reiterating his criticism of Congressman Adam Schiff, the chair of the House Intelligence Committee and the Democrat Pelosi has tasked with leading the impeachment inquiry. Trump took offense to the way Schiff described a phone call between the president and the leader of Ukraine, and on Sunday the president said Pelosi knew of Schiff's "lies and massive frauds."

Trump Lashes Out at Schiff, New Face of Impeachment InquiryThe two men have never had a civil relationship, with Trump in the past belittling Schiff as a “pencil neck” and “Liddle Schiff,” while Schiff frequently compared Trump to a mob boss

Schiff said at a committee hearing that the transcript of Trump's call with Ukrainian President President Volodymyr Zelenskiy reads like "a classic organized crime shakedown," and that Schiff's own version of the conversation was meant to be a parody.

"But you're right about one thing — your words need no mockery. Your own words and deeds mock themselves," he wrote on Twitter in response to earlier Trump criticism of the hearing.

You engaged in a shakedown to get election dirt from a foreign country.
And then you tried to cover it up.
But you’re right about one thing — your words need no mockery. Your own words and deeds mock themselves.
But most importantly here, they endanger our country. pic.twitter.com/Qha74pwW8m

The impeachment inquiry is moving forward this week with the House Intelligence, Foreign Affairs and Oversight committees set to hear testimony from several important figures. On Tuesday, they are scheduled to hear from U.S. Ambassador to the European Union Gordon Sondland. On Friday, Marie Yovanovitch, who was recalled from her post as the U.S. ambassador to Ukraine, is scheduled to testify.

The House committees are also waiting for answers to their subpoenas for documents from the State Department, White House and Trump's personal lawyer, Rudy Giuliani.

A complaint filed by an intelligence community whistleblower is at the heart of the matter. The complaint alleges Trump used "the power of his office to solicit interference from a foreign country in the 2020 election," and that Attorney General Bill Barr and Giuliani also appear to be involved in the effort.

How Could Whistleblower Complaint Lead to Trump Impeachment? Announcement Tuesday that House Democrats have begun investigating president over his alleged attempt to seek foreign interference in 2020 election is only first step in long process

Trump has strongly denied any wrongdoing. He has repeatedly termed the call with Zelenskiy as "perfect," while attacking his critics as "traitors" and alleging a "coup" is in the works to remove him from office.

The existence of a second U.S. intelligence whistleblower emerged Sunday.

Attorney Mark Zaid, who represents both whistleblowers, confirmed the news to VOA.

Zaid says the new whistleblower has what the lawyer calls "firsthand knowledge" of the Trump phone call, substantiating the original whistleblower's complaint – that Trump reached out to a foreign government to dig up dirt on 2020 presidential candidate Joe Biden.

Until now, Trump has complained that the first whistleblower came forward with so-called third hand information about Trump's call to Zelenskiy. The call shows Trump asking Zelenskiy to look into alleged corruption in Ukraine by Biden and his son Hunter, setting off a Democratic-led House impeachment inquiry into Trump.

Trump reacted Sunday to news of a second whistleblower with a flurry of tweets, repeating unproven claims of corruption by the Bidens.

"The Biden family was PAID OFF, pure and simple. The fake news must stop making excuses for something that is totally inexcusable," Trump said.

He has alleged that when Joe Biden was vice president, he threatened to hold up loan guarantees to Ukraine unless it fired a prosecutor investigating a gas company on which Hunter Biden had a seat.

Trump also accuses Hunter Biden of taking $1.5 billion from China "for no apparent reason" and has publicly called on China to investigate the Bidens.

"There is NO WAY these can be legitimate transactions? As lawyers & others have stated as President I have an OBLIGATION to look into possible or probable CORRUPTION," he tweeted.

….and separately got 1.5 Billion Dollars from China despite no experience and for no apparent reason. There is NO WAY these can be legitimate transactions? As lawyers & others have stated, as President, I have an OBLIGATION to look into possible, or probable, CORRUPTION!

No evidence of corruption by the Bidens in Ukraine or China has been found. 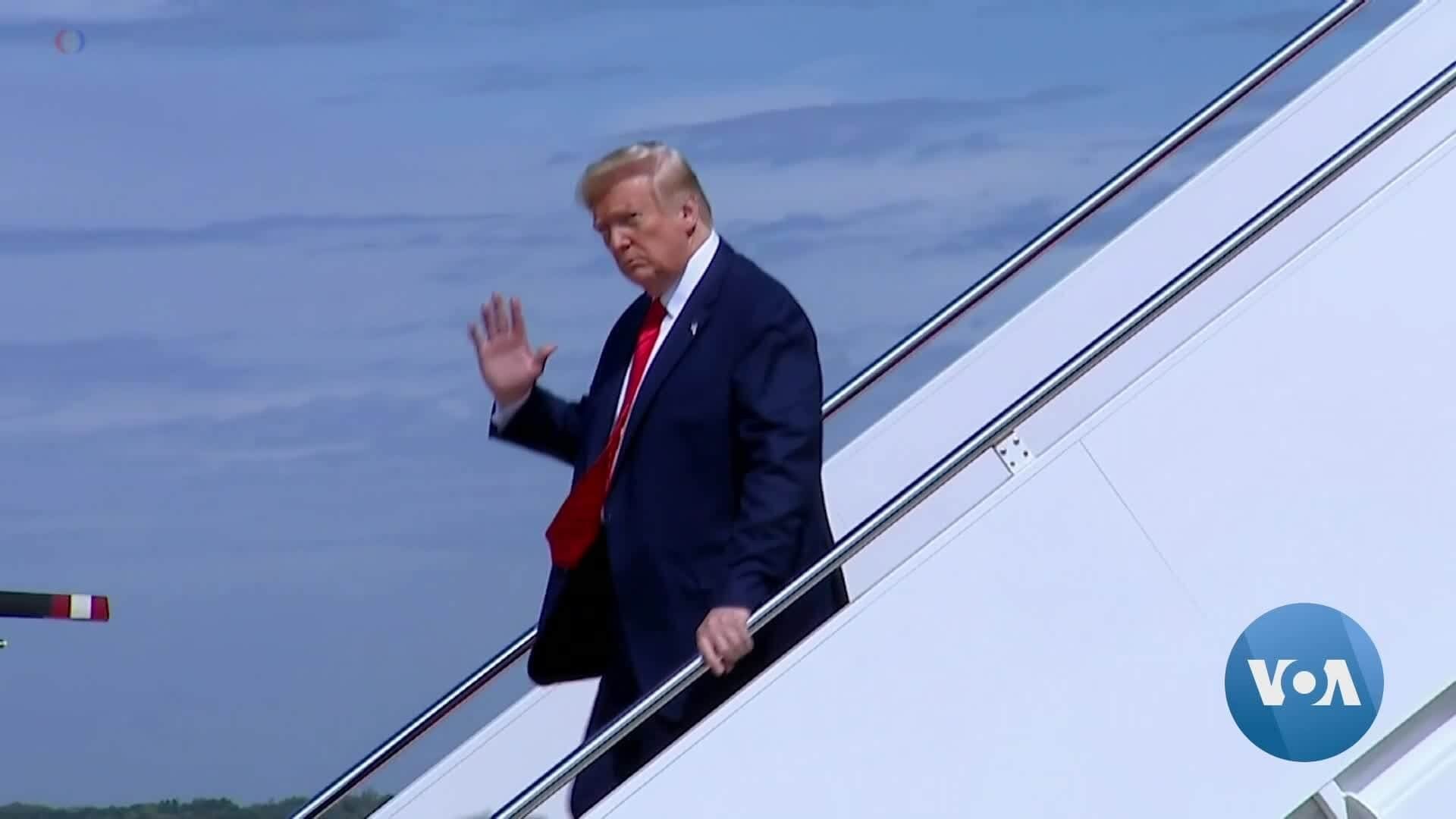