More than three years into Donald Trump's presidency, the reporters who cover him have learned extracting effective answers from him requires unique questioning techniques.

It is a skill considered even more critical as the United States and the world confronts the Trump administration's biggest challenge yet –- the coronavirus pandemic. "

I just think it's a nasty question," the president responded on Friday to Yamiche Alcindor of PBS Newshour when she asked him about denying any responsibility for disbanding the White House pandemic office.

CNN White House Correspondent Jim Acosta on Wednesday asked Trump during a meeting with bankers in the Cabinet Room: "What do you say to Americans who are concerned that you're not taking this seriously enough and that some of your statements don't match what your health experts are saying?"

No further questions were entertained.

Trump is the critic-in-chief when it comes to assessing journalists questions –- a tradition dating back to the early 20th century when President Theodore Roosevelt would be interviewed by reporters in the morning while his barber shaved him.

These days Trump often wields the razor – frequently cutting off reporters before they can complete a full sentence.

His instant retorts can be sharp.

"What a stupid question," he has sometimes replied.

He once told Alcindor, who is African-American: "That is such a racist question."

Some critics have noted Trump's propensity to be harsher in his responses to female and minority reporters.

The White House press office did not respond to a request for comment on that perception.

Trump is more accessible to journalists than most presidents, especially compared to his predecessor Barack Obama who called on reporters from a prepared list. But Trump maintains tight control over which questions to field, the length of the interactions and which voices are prominent.

"The difference with this president is you really cannot ask a multi-part question and it's important in your first few words to get his attention and get an answer," says National Journal White House Correspondent George Condon, who has questioned nine presidents.

Trump is "going to cut you off and he's going to seize on the beginning of your preamble," Condon tells VOA.

Probing follow-up questions to challenge the U.S. president when he misstates or distorts facts rarely get completed. Trump cuts off the questioner or immediately attacks the reporters or their news organizations, rather than offering any evidence to back up his assertions.

The lesson Condon learned from covering President Ronald Reagan "and it's true for every president — a simple, short question is always the most effective."

Pro-Reagan crowds in the Rose Garden or on South Lawn would hoot and chastise us" for shouting questions at the president," says Bierbauer. "So, you shout over each other to get the president's attention. You risk being ignored, dismissed or disparaged."

Bierbauer, a distinguished professor and dean emeritus at the University of South Carolina, observes White House reporters nowadays "look for the slightest edge — situating yourself where Trump is most likely to see and hear you, knowing the buzzwords that work."

The chaotic and noisy situations are also opportunities the president can play to his advantage.

"He is, after all, the conductor; you are the bleating bassoons," Biebauer tells VOA.

President can pick and choose among questions

"He can pick and choose which questions he wants," says Noah Bierman, White House reporter for the Los Angeles Times. "It's very rare that the television audience can actually hear the question. So, if you ask a very challenging question that might put him in a bad light, he can answer it any way he wants. And the public may not know that it was actually a very difficult and challenging question."

Unlike some of his predecessors, President Trump will also frequently entertain questions at the end of what are known as 'pool sprays' –- usually quick visits to the Oval Office, Cabinet Room or Roosevelt Room for a small group of journalists (known as the pool) who share what they gather with other news outlets.

These events traditionally just show the public the visuals of routine office meetings: a handshake and brief, anodyne comments made by the president and a visiting head of state or the start of a Cabinet meeting with grim-faced officials seated around a table.

Trump, however, has turned these events into media shows, sometimes lasting more than an hour with extensive unscripted commentary, as well as numerous questions taken from reporters.

"He actually wants the media to think they're getting something when they're asking him questions and he wants to give answers that he thinks will interest the media and help reporters have more exciting stories," says Bierman. "That benefits him but he's also reading the room just like he does with every other audience."

Sometimes Trump will compliment a reporter's question, even if it is unremarkable – something that can also distract the questioner.

"That's the best question you ever asked," Trump once replied to this reporter in the Oval Office, who asked whether he had yet phoned congratulations to the new British prime minister, Boris Johnson.

I reminded him I had asked the question earlier and he has said "no," thus was again asking. The president then replied he had just been on the phone with Johnson right before we had walked in.

Thus, a small piece of news was produced, which does not happen with a lot of the questions put to the president.

Trump has given extended exclusive interviews to certain media outlets, especially Fox News, seen as a cheerleader for his administration compared to other U.S. cable news channels, which are generally more critical of his administration.

Greta Van Susteren, who had extensive experience interviewing Trump for decades before he became president, suggests the best question to a president "begins with ‘why' and you just let them talk. You get a lot more information that way."

Trump has given Van Susteren two interviews during overseas presidential trips (Singapore and Argentina) for her weekly VOA television program.

Van Susteren, who has been interviewing presidents since George H.W. Bush, laments the frequent acrimony between reporters and Trump.

"I think it's gone so far off the rails on both sides," she says, adding that "all presidents are always gaming us in the media."

Van Susteren, who also hosts a weekly syndicated show for Gray Television, says her format of exclusive long-form interviews is a luxury compared to the "very different beast on a daily beat at the White House with the constant firehose of activities."

Regardless of the format, Van Susteren says it remains the job of the journalists "to scrutinize the people in power."

"I think it is important that we, as reporters, remind the public that our primary job is to question authority, no matter who it is and to ask tough questions," he tells VOA. "It might seem at times like we're being rude or pushy, but we're there as their proxies and we need to make all the people we cover accountable and sometimes uncomfortable."

Amid COVID 19 Emergency, 4 States Vote March 17Next PostGeorgia to Postpone Primaries Over Virus; 2nd State to Do So 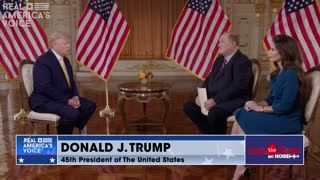 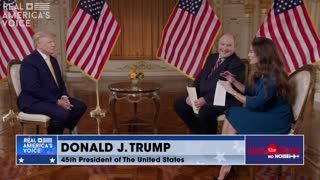 'They're bigger than ever’: President Trump talks rallies and 2024 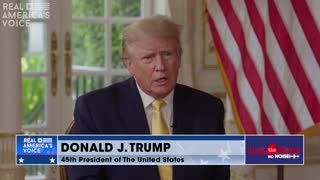