U.S. Senate Republicans kick off a pre-election sprint Monday to confirm Judge Amy Coney Barrett to the U.S. Supreme Court amid concerns that coronavirus infections within their ranks will jeopardize the final vote on her nomination.

Two Senate Republicans – Senators Susan Collins and Lisa Murkowski – have said they will not vote on the Supreme Court nominee so close to an election. For McConnell, that means the other 51 Senate Republicans must stay healthy enough to vote and approve Barrett's nomination before Election Day.

Two COVID-19-positive Republican senators on the Senate Judiciary Committee – Mike Lee and Thom Tillis – have said they will return to work in Washington before completing the 14-day quarantine period for infection with the virus. Republican Senator Ron Johnson, who also tested positive for the virus last week, vowed to return for a full Senate floor vote on Barrett, if necessary in a "moon suit."

Congressional Democrats have strongly criticized the accelerated confirmation process, noting that when the Senate Judiciary Committee begins hearings next Monday there will be just 23 days until Election Day and that, across the United States, many voters are already participating in early voting.

"We're literally in an election. Over 4 million people have voted. People are in the process of voting right now," said Democratic vice-presidential candidate Senator Kamala Harris during her debate with Vice President Mike Pence late Wednesday. Harris is also a member of the Senate Judiciary Committee.

Barrett, if confirmed by the Senate, would fill the vacancy caused by the death of Justice Ruth Bader Ginsburg last month.

If the schedule from Senate Judiciary Chairman Lindsey Graham runs according to plan, the committee could clear the Barrett nomination by Oct. 22, setting up the possibility of a full floor vote as early as the week of Oct. 26.

McConnell announced a change to the Senate schedule last week to contain coronavirus infections on Capitol Hill but said the confirmation hearings would follow a format combining in-person and video conferencing.

"Across all our committees, we've had 150 hybrid hearings since the pandemic began. The Senate has used this format no fewer than 150 times. We have continued performing our constitutional duties while protecting health and safety during the pandemic," McConnell said in a statement this week.

Despite their objections to the accelerated nomination process, some Senate Judiciary Democrats have held phone discussions with Barrett.

"During these calls, the judge emphasized the importance of judicial independence and spoke about her judicial philosophy and family," according to White House spokesperson Judd Deere.

But after those discussions, Judiciary Committee Democrat Senator Chris Coons told MSNBC, "I'm increasingly convinced that she's even more conservative than Justice Scalia for whom she clerked on the Supreme Court and she has demonstrated a willingness to reverse long-settled precedent."

Barrett's devout Catholic faith is also expected to be an issue of contention during hearings next week. During Barrett's 2017 Senate Judiciary Committee hearing for confirmation to a federal judgeship, ranking member Senator Dianne Feinstein said, "The dogma lives loudly within you."

Congressional Republicans have insisted Barrett will separate her personal views from her judicial opinions and accused Democrats of violating the core American value of religious freedom.

"Every Supreme Court justice in history has possessed personal views. Judges have a job to do and they swear to do it impartially. It is the definition of discrimination to assert that Justice Barrett's particular faith makes her uniquely unqualified for this promotion," McConnell said in a statement Wednesday.

Congressional Democrats worry that Barrett's presence on the court could jeopardize the landmark 1973 Roe v. Wade decision protecting a woman's constitutional right to an abortion.

"Amy Barrett has a history of anti-choice advocacy and a demonstrated lack of respect for precedent. The consequences are clear. The future of Roe v. Wade and a woman's right to control her own body are on the line if Judge Barrett is confirmed to the Supreme Court," said Democratic Senator Mazie Hirono, a member of the Senate Judiciary Committee.

The stakes for Barrett's confirmation coming so close to a U.S. general election are high. If seated, Barrett would cement a clear 6-3 conservative majority on the Supreme Court.

Polling data shows the makeup of the country's highest court is a motivating factor for many voters. In a Morning Consult/Politico poll conducted just after Ginsburg's death, 56% of voters said the Supreme Court was "very important" to deciding their vote in the November election. 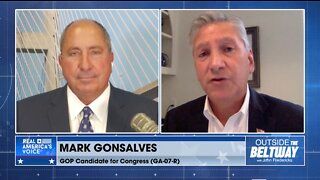 Gonsalves Roadmap for Georgia Is Anchored in Conservative Principles! 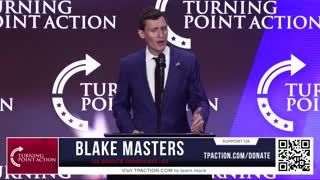