The Secret Service and National Guard have both pledged an increase of resources in securing President-elect Joe Biden’s inauguration, as Washington’s mayor is urging people to stay home for the event.

Less than a week after a violent mob of President Donald Trump’s supporters breached Capitol security as Congress was certifying Biden’s win, the Secret Service announced Monday it would begin special security operations on January 13, as opposed to January 19.

The National Guard confirmed Monday it would send up to 15,000 troops to secure the inauguration — a stark increase from the roughly 8,000 who secured the 2016 inauguration.

Responding to VOA’s question, Biden said Monday he is not concerned for his safety on Inauguration Day.

“I’m not worried about taking the oath outside,” he said, adding that those who “engage in sedition and threaten people’s lives” must be held accountable.

Meanwhile on Monday, Washington Mayor Muriel Bowser is discouraging people from coming to the city for the inauguration and is instead urging them to participate virtually, citing coronavirus concerns and the attack on the U.S. Capitol last week.

Speaking to reporters at a briefing Monday, Bowser also said she sent a letter to Trump requesting he declare a “pre-emergency disaster” for the District of Columbia ahead of Biden’s inauguration January 20.

Bowser said this year’s inauguration poses “several unprecedented challenges that exceed the scope of our traditional planning processes,” including the pandemic and the events of last Wednesday.

Additionally, Bowser said she has written to acting Homeland Security chief Chad Wolf, requesting that his agency adjust its approach to the inauguration in several specific ways.

Bowser is calling for the special security period now in effect for the event to be extended from January 20 through 24. Bowser is asking the Department of Homeland Security to coordinate an effort to establish a security force deployment plan to protect all federal property. She has called on that effort to involve the departments of Defense and Justice along with U.S. Congress and Supreme Court. She said doing so will ensure that the Metropolitan Police Department can focus on its local mission in the District’s eight wards.

There has been no immediate comment from Wolf’s department, but last Thursday, he issued a statement saying that what happened at the Capitol was “tragic and sickening.”

Separately, Bowser is asking the Department of the Interior to cancel public gathering permits through January 24.

If you missed today’s situational update, here’s a thread with some key highlights.
You can also view the full presentation by visiting the following link: https://t.co/onF4sbXmShpic.twitter.com/rADVcaR1b4

The mayor ultimately assessed in her request over the weekend that despite the security assets the city has in place, “significant preparedness gaps remain that cannot be remedied without this emergency declaration and direct federal assistance.”

Bowser said a similar pre-emergency declaration was issued in 2009 ahead of President Barack Obama’s inauguration.

Bowser cited “new threats from insurgent acts of domestic terrorists” in her letter.

The District of Columbia does not have jurisdiction over the Capitol and other federal property within its borders. 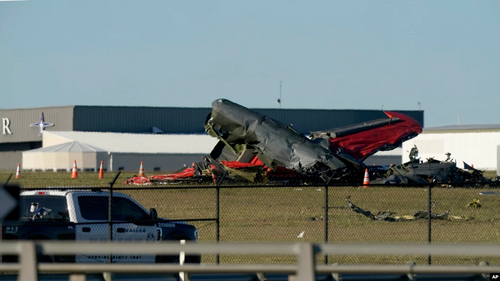