Hundreds of people were holding an unauthorized protest march in central Moscow, Saturday, August 31, following recent demonstrations in which thousands were detained and many beaten by police. (AP)

Thousands of Russians defied authorities and marched in central Moscow, ignoring officials’ warnings and pressing demands to let independent candidates run in upcoming city council elections.
Police did not interfere with the August 31 protest, which was markedly smaller than previous ones.
However, camouflaged officers linked arms to keep marchers out of the road when demonstrators arrived at Pushkin Square — a symbolically important public park closer to the Kremlin. A heavy presence of detention buses and water-cannon trucks were visible on nearby side streets.

01:50Watch Later
The Key to the Election in Georgia
America's Voice Admin
December 6, 2022 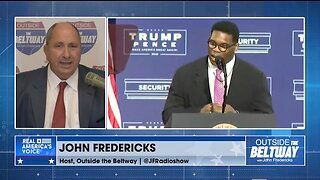