Ali Rabiei said Wednesday that Bolton was a “symbol of America’s hawkish policies” and animosity toward Iran. Officials, including Foreign Minister Mohammad Javad Zarif, had repeatedly pointed to Bolton as a figure opposed to dialogue in resolving U.S.-Iran tensions.

U.S. Secretary of State Mike Pompeo said Tuesday that Trump’s firing of Bolton will not change the president’s foreign policy.

“I don’t think any leader around the world should make any assumption that because one of us departs that President Trump’s foreign policy will change in a material way,” Pompeo said less than two hours after Trump announced on Twitter that he had ousted Bolton.

Pompeo appeared on the White House podium along with U.S. Treasury Steven Mnuchin to discuss an executive order strengthening sanctions to combat terrorism.

Bolton was supposed to join the briefing, announced only hours earlier, indicating the hasty nature of his departure.

“I informed John Bolton last night that his services are no longer needed at the White House,” Trump said at noon on Tuesday on Twitter. “I disagreed strongly with many of his suggestions, as did others in the Administration, and therefore…..I asked John for his resignation, which was given to me this morning.”

The president thanked Bolton for his service and said he would be naming a replacement next week.

I informed John Bolton last night that his services are no longer needed at the White House. I disagreed strongly with many of his suggestions, as did others in the Administration, and therefore….

….I asked John for his resignation, which was given to me this morning. I thank John very much for his service. I will be naming a new National Security Advisor next week.

Bolton, in a quick and immediate response to his ouster on Twitter said: “I offered to resign last night and President Trump said, Let’s talk about it tomorrow.’”

The White House denies that any one single issue caused the break between Bolton and Trump.

“They just didn’t align on many issues,” spokesman Hogan Gidley told reporters while Pompeo told reporters, “There were many times Ambassador Bolton and I disagreed.”

“It would seem it’s business as usual in this administration,” former Director of National Intelligence James Clapper told VOA. “Of course, foreign nations watch the chaos, which the president relishes, with either glee or gloom, depending on how they feel about the U.S.”

Bolton had reportedly been opposed to plans to invite Taliban members and Afghan President Ashraf Ghani to the Camp David presidential retreat for talks aimed at solidifying a U.S.-Taliban peace deal.

Trump canceled the meeting after a recent Taliban attack killed a U.S. soldier.

There also have been indications that Bolton, a hard-liner on security issues, also differed with the president on the approach to Iran, North Korea and Venezuela.

“He wants people who basically are yes men. I may not have agreed with Ambassador Bolton on a whole host of issues and his bellicose views, but the one thing about him is he obviously presented counterviews at times for his consideration. That’s not something the president wants,” Menendez said.

University of Houston political science professor Zachary Zwald told VOA’s Russian service the reported strife and disagreement among Trump’s foreign policy team is much more troubling than Bolton’s departure.
“It’s beyond debate that President Trump doesn’t have a coherent foreign policy perspective, a world view, a grand strategy that is motivating his positions. I don’t know how much the firing of Bolton communicates the consistency or inconsistency of President Trump’s policies,” Zwald said.

Trump’s first adviser, Michael Flynn, lasted less than a month in the job before being fired. He was subsequently convicted of lying to the FBI about December 2016 conversations with the Russian ambassador to the United States. Flynn is awaiting sentencing.

Bolton is a former U.S. ambassador to the United Nations. He had served in three previous Republican administrations and also held roles in the Justice and State departments. He was brought into this administration after a stint as a commentator on the U.S. cable news network Fox News Channel, which is generally supportive of President Trump.

Trump had noted Bolton’s reputation as a hawk, once saying in the Oval Office that “John has never seen a war he doesn’t like.”

Trump never appeared to warm to Bolton and had expressed reservations about him prior to hiring him, including making comments about Bolton’s bushy mustache. 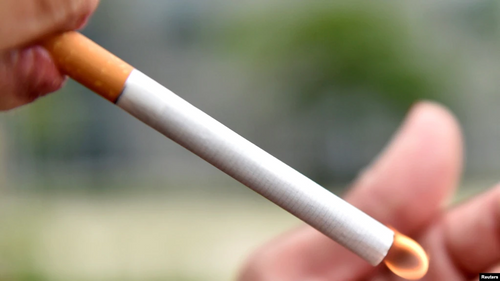