Friday, Nov. 8, marks the third anniversary of Donald Trump’s election as the 45th U.S. president, and by all measures he remains a force of nature in American politics.

But this milestone in his rise to power comes at a time when he is facing the gravest threat yet to his presidency — an impeachment inquiry led by congressional Democrats over his alleged efforts to pressure Ukraine to investigate political rival Joe Biden.

Next week, that inquiry goes public with congressional hearings featuring testimony from diplomats offering what Democrats believe is confirmation of a “quid pro quo” — Trump delaying military aid for Ukraine until its leaders agreed to investigate Biden.

The president has denied any wrongdoing and has repeatedly said his July phone call with Ukrainian President Volodymyr Zelenskiy, which was the subject of a whistleblower complaint, was “perfect.”

For Trump supporters, his shocking election victory three Novembers ago must seem like another age.

Shortly after declaring victory, President-elect Trump addressed the nation with an appeal for unity.

“To all Republicans and Democrats and independents across this nation, I say it is time for us to come together as one united people,” he said.

Trump must now count on his loyal base to first withstand impeachment and then carry him to reelection in 2020.

“At stake in this fight is the survival of American democracy itself,” Trump told supporters at a recent rally in Dallas, Texas. “Don’t kid yourself. That is what they want. They are destroying this country, but we will never let it happen. Not even close.”

The impeachment probe in the House is focused on Trump’s alleged efforts to pressure Ukraine to investigate Biden, the current front-runner for the Democratic Party’s presidential nomination.

Biden has made Trump the central issue in his bid to win the nomination next year, and has lashed out at the president’s aggressive reaction to the impeachment inquiry.

Like so much in Trump’s presidency, the impeachment inquiry is playing out along partisan lines, according to John Fortier of the Bipartisan Policy Center in Washington.

“For Democrats, they believe the president has done something wrong, and they think they are going to bring out more evidence. And I think their hope is that will turn public opinion against the president and perhaps allow him to be removed,” Fortier told VOA. “Republicans, I think, are looking at past precedent to say this could be something that backfires on Democrats, or at least does not catch fire.” 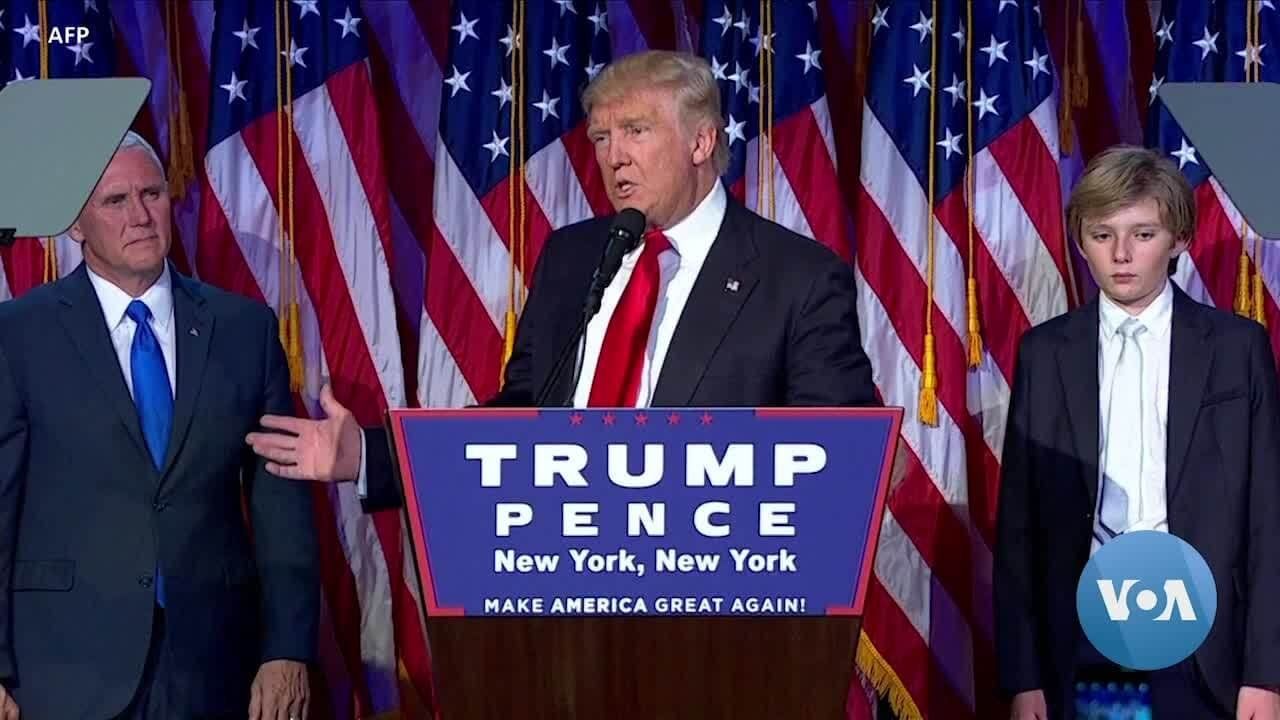 Polls show Trump’s approval rating at just above 40%, traditionally a weak number for an incumbent president trying to fight off impeachment while seeking reelection.

Polls have shown support growing in recent weeks for impeachment in the House and removal by the Senate. Overall, the country remains sharply split on the issue.

But appearances about Trump’s perceived vulnerabilities can be deceptive, especially given the loyalty of his base, said Republican political strategist John Feehery.

“Are the Washington pundits missing everything about Trump? Absolutely. They do not have any clue about this guy’s real appeal at a visceral level. But one of the reasons why they support him is because he keeps his promises, and he has got the economy going.”

Trump has gone out of his way to cater to his base, whether during the 674-day Russia investigation led by special counsel Robert Mueller or the current impeachment probe.

USA Today political analyst Susan Page said it is a strategy that could hurt him in his reelection bid.

“Maybe the biggest surprise of the Trump presidency — and I say that recognizing there have been all kinds of surprises — is that he has not from the day of his inauguration tried to expand his support. He has focused almost exclusively on fortifying the support of his core backers,” Page said.

“I have believed since the very beginning of impeachment talk, which started up more than a year ago, that if the Democrats are to remove President Trump from office, it will have to be through the electoral process in 2020,” said Brookings Institution scholar William Galston. “Nothing that I have seen so far inclines me to change my mind in the slightest.”

Analysts say it is far too early to determine what impact the impeachment battle will have on the president’s reelection chances. But election results this week in a handful of states offered cautionary notes for Trump and his allies.

Democrats did well among suburban voters in Virginia, Kentucky and Pennsylvania — a warning sign that Trump is losing ground in those key voting areas, especially among women. Democrats were also encouraged by a new Washington Post-ABC News poll that showed the top Democratic presidential contenders defeating the president by wide margins nationally in head-to-head matchups in 2020.

The president received encouraging poll news, as well. A New York Times Upshot-Siena College survey of key battleground states found Trump very competitive with his Democratic rivals, perhaps setting the stage for a repeat of his Electoral College victory in 2016.

Three years into Trump’s tumultuous presidency, Americans are now girding themselves for the prospect of a partisan battle over impeachment, and perhaps the most fiercely contested presidential election in recent memory.