Actor and comedian Sacha Baron Cohen said in an interview with Deadline that he might have uncovered a pedophilia ring in Las Vegas during one of his undercover interviews. The actor was filming his “Who is America?” series in what he called, “the time of Harvey Weinstein” when he attempted to see how far a Las Vegas concierge would go to help the rich and famous. In an interview that was not included in the show, Cohen posed as a character called “Gio,” set up a meeting with a Las Vegas concierge and asked his most repulsive request: Where could he find children to date? Cohen reported that it “became really dark stuff,” and the interview was not put in the show because of it. “And then at the end of the interview I say, listen, I want to go out and celebrate now. Can you get me a date for tonight? He says, ‘what do you mean, a date?’“ “I go, you know, like a young man. He says, ‘well, what kind of age?’ I say, lower than Bar Mitzvah but older than eight. And he says, ‘yeah, I can put you in touch with somebody who can get you some boys like that.’” When Deadline inquired how Cohen handled the interview, the actor said that he “immediately turned over the footage to the FBI because we thought, perhaps there’s a pedophile ring in Las Vegas that’s operating for these very wealthy men. And this concierge had said that he’d worked for politicians and various billionaires”

President Trump participates in a signing ceremony for S. 756 and H.R. 6964Next videoEp. 950 – What You Need to Know About the Prison Reform Bill 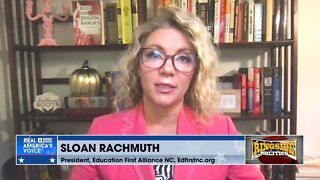