Topic: WASHINGTON—The Trump administration said Friday it is paring back an Obama-era requirement that employer-provided health benefits cover contraception, re-energizing a volatile debate on the role of government and religion in health care.

The Wayne Dupree Show is funded solely by contributions made by liberty loving patriots like you. We are beholden to no political party. We do not have advertisers, corporate strings or sugar daddies controlling our content. We do not receive government subsidies or tax breaks. We are self-funded, fiercely independent and enjoy our freedom to speak plainly in support of our religion, family, country and American Patriotism.

Your loyal support makes the Wayne Dupree Show possible. And we’re going to need our voices now more than ever to combat the current crop of Marxists and progressives who have infested our government and public institutions and who are dead set on destroying the final remnants of our cherished constitution and our precious God-given liberty!
_____________________________________ 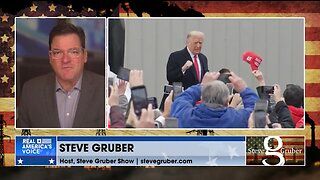