Lara Trump: Doesn’t matter who Trump runs against in 2020

FOX News operates the FOX News Channel (FNC), FOX Business Network (FBN), FOX News Radio, FOX News Headlines 24/7, FOXNews.com and the direct-to-consumer streaming service, FOX Nation. FOX News also produces FOX News Sunday on FOX Broadcasting Company and FOX News Edge. A top five-cable network, FNC has been the most watched news channel in the country for 17 consecutive years. According to a 2018 Research Intelligencer study by Brand Keys, FOX News ranks as the second most trusted television brand in the country. Additionally, a Suffolk University/USA Today survey states Fox News is the most trusted source for television news or commentary in the country, while a 2017 Gallup/Knight Foundation survey found that among Americans who could name an objective news source, FOX News is the top-cited outlet. FNC is available in nearly 90 million homes and dominates the cable news landscape while routinely notching the top ten programs in the genre.

We All Should Be Thankful To Live In The USA!Next videoTrump Is Not Racist: Change My Mind | Louder With Crowder

01:27Watch Later
We will teach our children to love their country
America's Voice Admin
May 29, 2022

00:35Watch Later
One of our highest priorities under a republican congress
America's Voice Admin
May 29, 2022

00:55Watch Later
Before we nation-build for the rest of the world
America's Voice Admin
May 29, 2022

00:12Watch Later
Biden and the radical Left have turned calm into chaos, competence into incompetence
America's Voice Admin
May 29, 2022 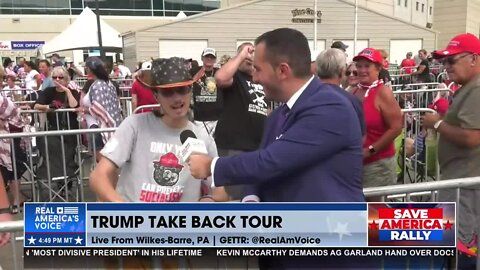