The original version of this video was BLOCKED earlier this morning because of my criticism and use of a few second clip or Matt Damon as Brett Kavanaugh on SNL this past weekend. It was totally within Fair Use but I have just elected to just edit and remove that part almost entirely.

Trump stated that the Brett Kavanaugh, Dr. Christine Blasey Ford hearing and the subsequent FBI probe brought on by Jeff Flake and the weak Republicans has shown the world the shameless conduct of the Democrat Party. I agree and will breakdown in this video how news outlets like NBC run two conflicting stories at the same time, how Creepy Porn Lawyer Avenatti is allowed to go on air and keep lying, and how Senators Hirono and others are already saying the investigation they wanted is flawed. I also breakdown the emotional manipulation used by Senator Elizabeth Warren and John Legend as they oppose the Kavanaugh confirmation and try to muster public support for their actions. I also show Trump combating all of this madness as well as calling out Cory Booker for the failed politician that he is!

What are your thoughts? GO! 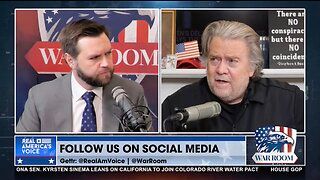