President Joe Biden's most recent CNN Town Hall has given America even further evidence of our weak leadership in the Oval Office. In this short clip from last night, it is clear the President is struggling.

In addition to Biden's stumbling (on several occasions) on COVID questions, he also decided to stumble through an answer regarding his desire to begin restricting our Second Amendment.
https://twitter.com/i/status/1418013898167316481

As if destroying his answers regarding COVID and his attacks on the Second Amendment were not enough, now the President has decided to go after the Restaurant Industry and attack them as well. His condescension is clear in his answer to a restaurant owner in the following clip. At the end, he suggests that waiters and waitresses apparently are not well-educated citizens.
https://twitter.com/i/status/1418014256386162688

The President also addressed "Dreamers" and their families. Biden pulled no punches in regards for his desire to grant amnesty to tens of millions of illegal aliens who entered America. His unwillingness to complete President Trump's wall on our Southern Border solicited this response from Senator Marsha Blackburn of Tennesse via Twitter. 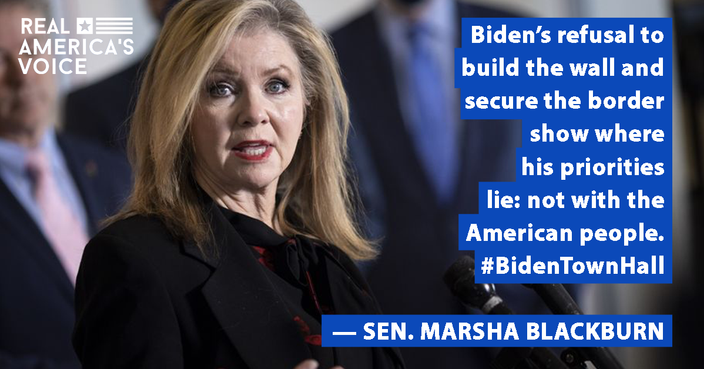 The tragedy of last night's CNN Townhall is that it only served to show the further decline of our President's mental acuity. It is no longer a joking matter. This man is having a very difficult time in even formulating simple answers and then articulating them in an understandable fashion.  Russian President Vladimir Putin has satellite television as does Chinese President Xi.

“You can’t make this stuff up folks, but as we laugh at it, it’s scary.” John Fredericks shares montage of Biden gaffes through the years.