What is going on here?
After the recent resignation of Attorney General Jeff Sessions, nearly 1000 “grassroots” protests sprung up across the country to protest a resignation the Left were calling for only last year. I went down to one such protest in Brevard County, Florida, to find out more.

Why are they protesting?
The protest agenda stated that Trump had crossed “a red line”, “violating the independence” of the Russia investigation, that Whitaker is “a crony” and that “Trump putting himself above the law is a threat to our democracy, and we’ve got to get Congress to stop him”. This has little to do with Sessions, it has everything to with removing Trump.

Many attacked Trump, the ‘dictator’, and the supposed ‘rise of Fascism’ in America. Comparisons to Hitler are in if you’re a Democrat, as is the idea that Trump attacks the free press. Forget that Trump only attacks Fake News, and that Fascism would shut down his voice entirely. This cult level outrage stems from those who cannot handle being out of power. I don’t see a rise in Fascism, but there is a drop in sanity.

What happened?
Much less people gathered than were listed as attendees. The protests were organised by nobodyisabovethelaw.org, a moveon.org supported site that literally has protocol clearly stated to trigger a Trump protest in as little as 3 hours across America. They seemed very organised. Chants were being taught to the crowd. They protested almost to the minute to the scheduled hour of protest.

Leftists Hypocritical Stance On Violence ExposedNext videoPresident Trump Participates in a 1:1 Bilateral Meeting with the President of France 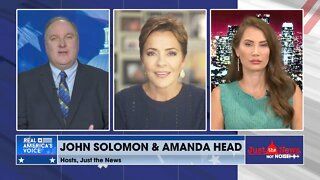 Can America rein in this deep state power grab?