WHITE HOUSE / CAPITOL HILL – When U.S. President Donald Trump delivered a speech on "America's environmental leadership” from the East Room of the White House on Monday, his daughter Ivanka Trump was seated at the front row, where she watched with a beaming smile on her face.
But when Trump recounted how in 2017 he withdrew the United States from what he called “the unfair, ineffective and very, very expensive Paris Climate Accord”, the smile disappeared from Ivanka Trump’s face as she clapped politely but unenthusiastically.
Even before her father’s inauguration, Ivanka Trump had singled out environmental regulation as a primary policy focus. In December of 2016 during her father’s presidential transition, she brought former Vice President Al Gore, a leading environmental activist, to meet Trump to discuss climate change.
Ivanka Trump and her husband, Jared Kushner, have in the past donated or raised money for Democratic candidates and are often seen as championing issues traditionally considered liberal, including environmental protection and climate change mitigation. Trump’s withdrawal from the Paris Climate Agreement is seen by some as a defeat for the first daughter and advisor to the president in her battle for clout in the White House.
But Monday’s speech may indicate that Ivanka Trump's influence on this issue is growing, and environmental protection may end up becoming another item on her already extensive portfolio ranging from job creation, fighting human-trafficking, and empowering women around the world.

Administration sources confirmed that Ivanka has encouraged the president to defend his administration’s record on the environment.

Growing international profile
The White House says that Ivanka plays a role in a number of areas, from pushing for tax cuts, improving access to STEM (Science, Technology, Engineering and Mathematics) education, as well as developing a National Workforce Strategy to expand apprenticeships and skills training opportunities.
Responding to VOA’s question, on Friday President Trump said, “Ivanka has worked on almost 10 million jobs, training and going to companies and getting them to hire people.”
Internationally, Ivanka Trump has championed projects such as the Women’s Global Development and Prosperity Initiative. The effort is labeled as “the first whole-of-government approach” aimed at helping 50 million women across the developing world “achieve their economic potential” by 2025. 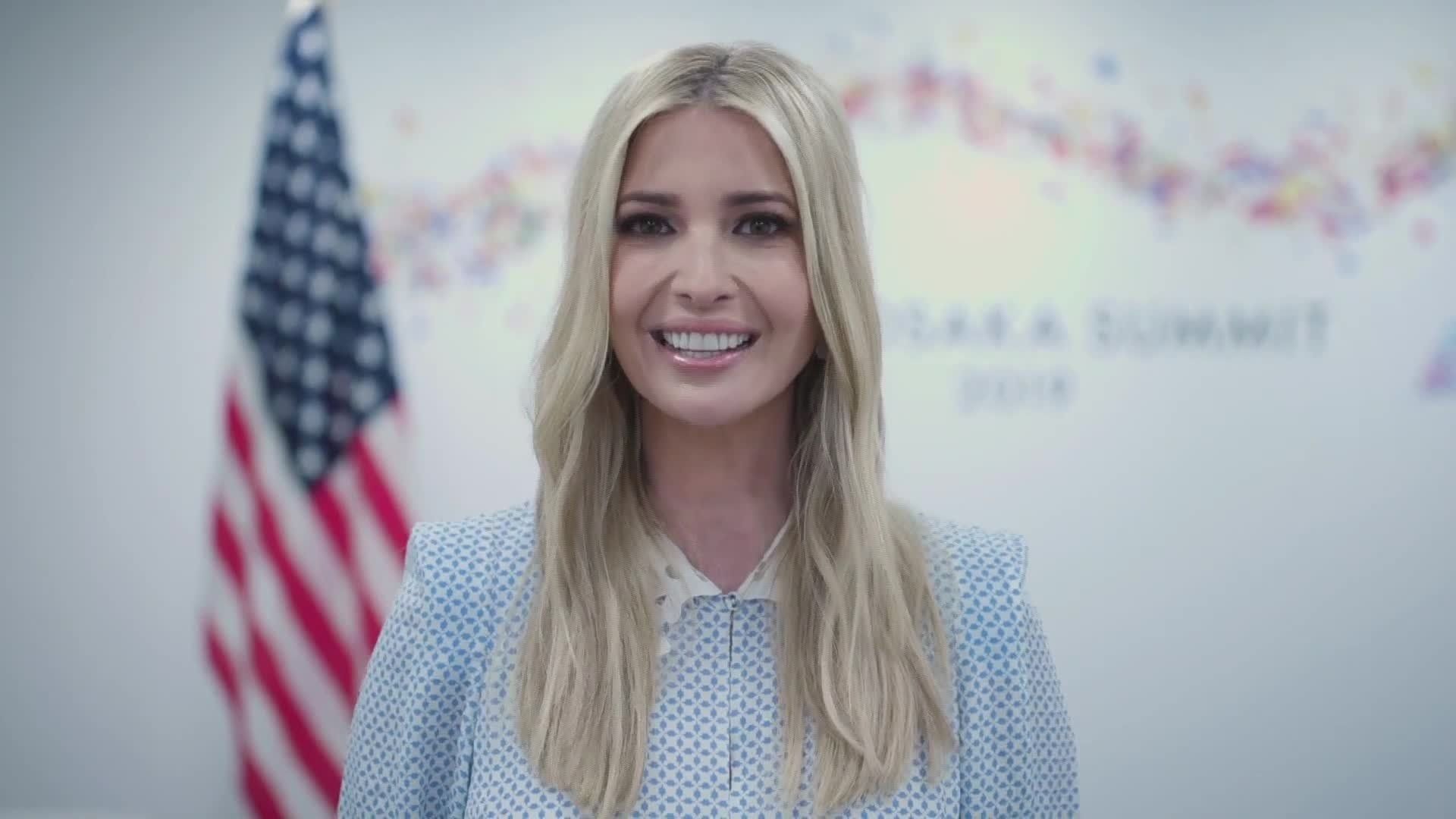 “I get the sense that there is buy-in to this,” said Judd Devermont, director of the Africa Program at the Center for Strategic and International Studies who welcomes Ivanka’s clout with the president on this issue. “If it's going to be an Ivanka project, well, she's got a significant amount of influence. So I'm hopeful that she'll be able to drive into something more sustainable,” he said.
But Ivanka Trump became the subject of criticism and ridicule after her prominent involvement during the president’s visit to Asia in June. Many questioned her qualifications and competence to be at such high-profile events including the G-20, where she was seen on stage with world leaders, as well as the president’s historic meeting with Kim Jong Un at the demilitarized zone between South and North Korea.
Anti-nepotism Act
Many assert the president is running the country like a family business and harming the country’s interest through nepotism, an accusation that began when he appointed Ivanka Trump and her husband, Jared Kushner, as advisers in 2017, testing the anti-nepotism act.
The law was passed in 1967, following President John F. Kennedy's nomination of his brother Robert as attorney general. But when Trump took office, his administration circumvented the law with a Justice Department lawyer issuing an opinion saying the president has special hiring authority for White House positions exempt from the law.

Neither Ivanka Trump nor her husband Jared Kushner are paid advisors to the president. When asked about Ivanka’s role at the G-20, President Trump reiterated a line he has frequently said, “Ivanka and Jared work very hard and they sacrifice a lot to be doing this.”
“She's clearly taking the penalty for nepotism but not concerned about it,” said Shannon Bow O’Brien who teaches presidential studies at the University of Texas at Austin, referring to the consequences of the anti-nepotism law, which include termination or loss of salary. “If you're willing to surrender your salary, or you're rich enough to not need your salary, or the benefits of breaking the nepotism law are higher for your own personal business gains than your salary, then this is very problematic.
O’Brien raised the potential conflicts of interest with the president’s daughter having an outsized role in the administration. “Is she representing the best interests of the United States or is she representing the best interests of the family business, the Trump corporation, or herself?” she asked.
Grooming her for office?
Ivanka Trump’s increasing domestic portfolio is also creating speculation about what’s next.
"People are wondering whether this is a sign that maybe Ivanka is going to be a future political leader, that Trump is trying to groom her to be one,” said Zack Cooper of the American Enterprise Institute, adding that “you can certainly see that kind of path.”
Experts point out that Americans may be willing to accept families in government, but only if they are qualified. “I don't believe America is very tolerant of having dynasties when the only thing they have going for them is their last names,” said O’Brien.
Trump himself has been against political dynasties in the past, including when he launched attacks against the Bushes and Clintons to win the White House.
Responding to VOA’s question about his intention for his daughter, Trump said “I'm not grooming her for office, no.” 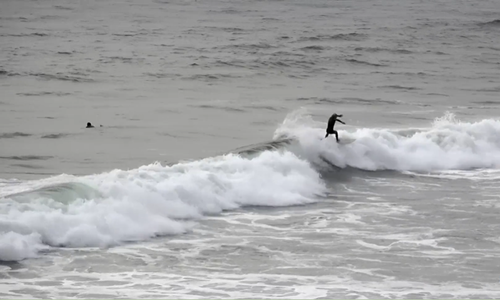 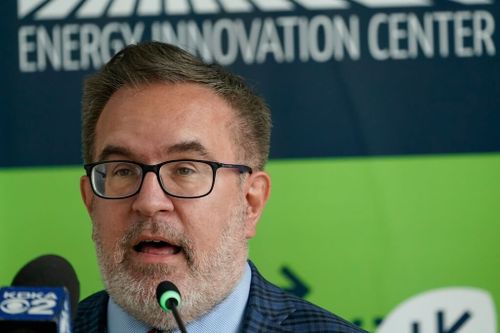 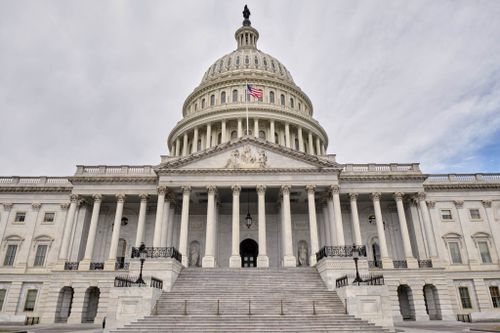 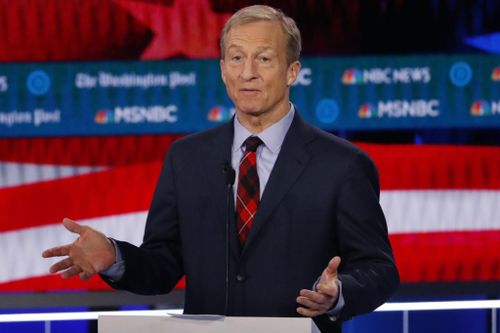 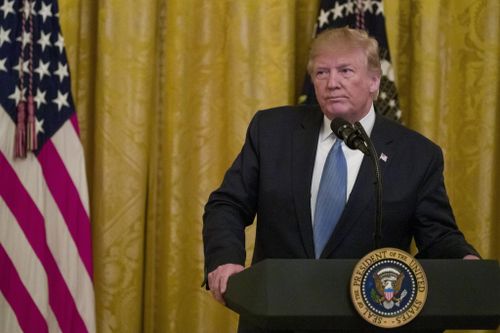 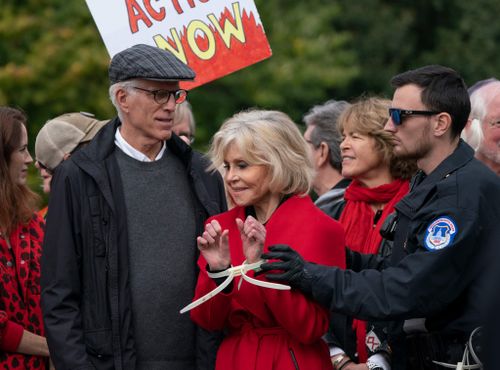 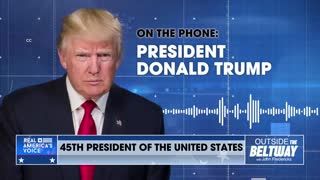 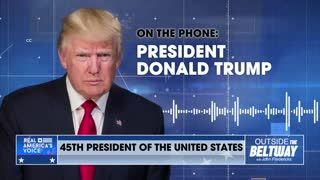