What are the odds? What is the percentage of probability that Pennsylvania, Michigan, Arizona, Nevada, Wisconsin, and Georgia would all halt voting counting at precisely the same moment on election night?

Has anyone bothered to ask that question?

Taking this hypothetical one-step further, then tell me what the mathematical probability is that they would all resume counting at precisely the same moment in the wee hours of the next morning? Continue to follow this train of thought for one more theory. After you have concluded the rational deduction that the Presidential election was indeed free and fair based on those probabilities, then tell me what the odds are that some 90% of the votes cast "AFTER" the resumption of vote counting would be for one candidate.

Having spent years playing Texas Hold-Em poker (and yes, for a time at a professional level), I am very adept at calculating percentages that I will indeed draw an 8 on the river to complete my open-ended straight to win the pot. I can tell you that you will draw pocket aces but once every 144 hands. Yes, you might have drawn them twice in a couple of hands a couple of times in your life, but over 1,000 or 10,000 hands, if you go back and calculate it, that is your percentages, 1-144.

I can personally guarantee you that the odds of all those states stopping, then restarting without it having been choreographed and predetermined to have happened, you would have better odds of being struck by lightning from a clear sky than of that happening randomly.

In other words, America, yes, this past election was most likely stolen. The Republicans know it, the Democrats know it, the Establishment knows it, I know it, and you know it in your heart. So what happens now?

The Democrats, the GOP Elitists, and the media begin their Joseph Goebbels (the Nazi Propagandist) treatment of America. "The Election fraud allegations are a big lie!" And we have been told this a hundred thousand times since the election. This way, anyone who agrees with "The Big Lie" is immediately labeled as a "Conspiracy Theorist," "Nutter," or a "Tin-Foil-Hat" space cadet.

What you have just witnessed in America is the Nazi tactic of misinformation being propagated on our nation by a corrupted media, corrupted political hacks, and a select few who wish to control this nation.

No, I am not going out on a limb by saying this, and it is time somebody did stand up and tell the damned truth.

To prove my point, read this article from a left-wing publication. In the first sentence, again, "The Big Lie" terminology is used. My question is, "If the Democrats are so confident that the election results in Arizona are bullet-proof, then why are you so upset if an audit is performed?" But-But-But, it will undermine confidence in our electoral process!

NO, if anything, it would strengthen it if the count is accurate. Only if it ends up proving corruption on the Democrat's part would it damage our faith in the election process.

And so we get to Texas and their attempts at strengthening election integrity. Oh, the "Karen's" are screaming loudly down in the Lone Star State. The Republicans seek to add an hour to the voting time on election day. They seek to give you 17-days to vote early if needed, and here is the part the Karen's despise worst of all. They want an ID number on your mail-in ballot!

OH MY GOD! THE PAIN OF IT ALL.

Yes, you read correctly; they want to know that it is actually a registered voter who can actually vote in the State to cast a ballot! The Texas bill is similar in nature to Georgia and several other states who are working on similar legislation, and the Democrats are having a meltdown over it. Why?

Why would the Democrats care if a state wants to verify that you're legal to vote?

Unless nefarious practices have been transpiring on election day, the Democrats should, if anything, love that now all voters are counted (except the illegal votes), and the elections are fair and free. Why would they have a problem with that?

Nevertheless, the Democrats have come with the age-old "Jim Crow" arguments and drug Dr. Martin Luther King Jr. through the mud again, claiming voter suppression. When in fact, nothing is further from the truth. 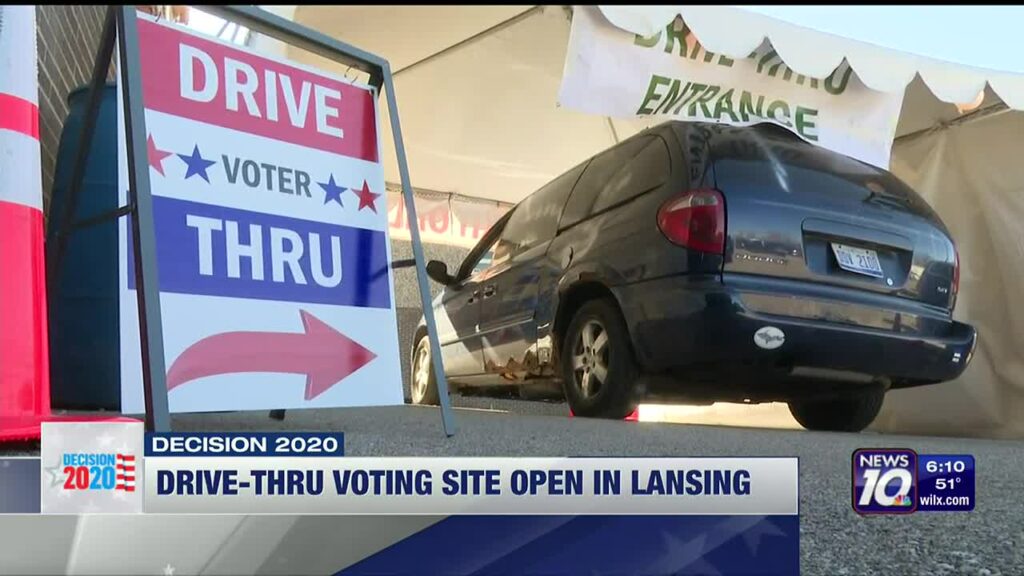 Democrat's seek drive-through voting with no ID to be shown.

America, this is indeed a fight for our very sovereignty as a nation. If Texas is allowed to have anyone and everyone drive-through and vote at 2:00 AM with no voter ID (which is what the Dem's want), then you can bet that a Republican will never again win an election. And this is exactly what the Democrats seek.

This would mean that Texas goes blue!

If Texas and their huge basket of electoral votes go blue (and the Dem's know this), then the GOP will never again occupy the White House. Because of the electoral blocs of California, New York, New Jersey (and usually Pennsylvania), this forces the Republicans to win Ohio, Michigan, Wisconsin, Nevada, and Florida to compensate for those few blue states.

If Texas goes blue, there are not enough other states to compensate for that loss. Yes, America, we are truly "this" close (holding two fingers very closely together) to losing permanently. And this is the "why" the Texas Democrats are fighting so fiercely to strike down this voter bill in the legislature. They can taste victory if they can defeat this bill.

The fact is this, the day the Republicans can force "VOTER-ID" nationwide is the day the Democrats are continually defeated at the polling booth. And they know it!

With that said; "Hat's off to Texas Governor Greg Abbott for trying to save our Republic from the very obvious destruction of what a Democrat-controlled government would undoubtedly be."

Steve Grueber asks Sen Gutierrez: "What is it specifically about this bill that Democrats object to?"