In an interview with Bloomberg News, Pelosi said, "I would assume there would be a public hearing in November," and added any impeachment case against Trump "has to be ironclad."

White House spokeswoman Stephanie Grisham told Fox News on Friday, "We are prepared for an impeachment to happen, yes."

The Democratic-controlled House voted Thursday to authorize a public impeachment inquiry targeting Trump after weeks of testimony behind closed doors about his efforts to push Ukraine to investigate his political opponents.

The vote was along party lines, 232-196, with all Republicans against the resolution and two Democrats joining them.

Immediately after the vote, Trump called the impeachment inquiry "The Greatest Witch Hunt In American History!" in a tweet.

Grisham issued a statement saying the president "has done nothing wrong" and calling the process "unfair, unconstitutional and fundamentally un-American."

"Nancy Pelosi and the Democrats’ unhinged obsession with this illegitimate impeachment proceeding does not hurt President Trump; it hurts the American people," she said.

Pelosi had long opposed opening an impeachment inquiry, but has turned sharply against Trump and called for passage of the impeachment rules. As debate opened Thursday, she said "nobody" comes to Congress to impeach a president, "unless his actions are jeopardizing us honoring our oath of office."

"Sadly, this is not any cause for any glee or comfort," she said. "This is something that is very solemn."

Republicans had for weeks demanded that the majority Democrats hold a vote to authorize the impeachment probe against the Republican president, but as the vote neared they attacked it as an attempt to justify what they contend are sham hearings that have already been held.

One of the president's staunchest supporters, Representative Jim Jordan, called the inquiry "an unfair partisan process," and assailed the fact that the name of the intelligence community whistleblower who touched off the impeachment push against Trump has not been disclosed.

The whistleblower has been described by news organizations as a Central Intelligence Agency employee who once worked in the White House. The person was the first official to voice concerns that Trump, in a late July phone call, had pressed Ukraine President Volodymyr Zelenskiy to open investigations into one of Trump's chief 2020 Democratic rivals, former Vice President Joe Biden, his son Hunter Biden's work for a Ukrainian natural gas company and any links the Eastern European country might have had to try to defeat Trump in the 2016 election.

The phone call came at a time when Trump was temporarily withholding $391 million in military aid to Ukraine that it wanted to help in its fight against Russian separatists in the eastern part of the country.

Trump has denied any quid pro quo deal with Zelenskiy, although several White House national security officials and career diplomats have told the impeachment investigators that Trump wanted the Ukraine investigations to help him politically.

Trump, who last month released a rough transcript of his call with Zelenskiy, has described the call as "perfect" and claimed that the whistleblower misrepresented it. But much of what the whistleblower alleged about Trump looking for "a favor" from Zelenskiy — the investigations — has been borne out in subsequent testimony from other officials familiar with Trump's call and his relations with Ukraine.

In setting up Thursday's vote, Pelosi told her Democratic colleagues, "We are taking this step to eliminate any doubt as to whether the Trump Administration may withhold documents, prevent witness testimony, disregard duly authorized subpoenas, or continue obstructing the House of Representatives." 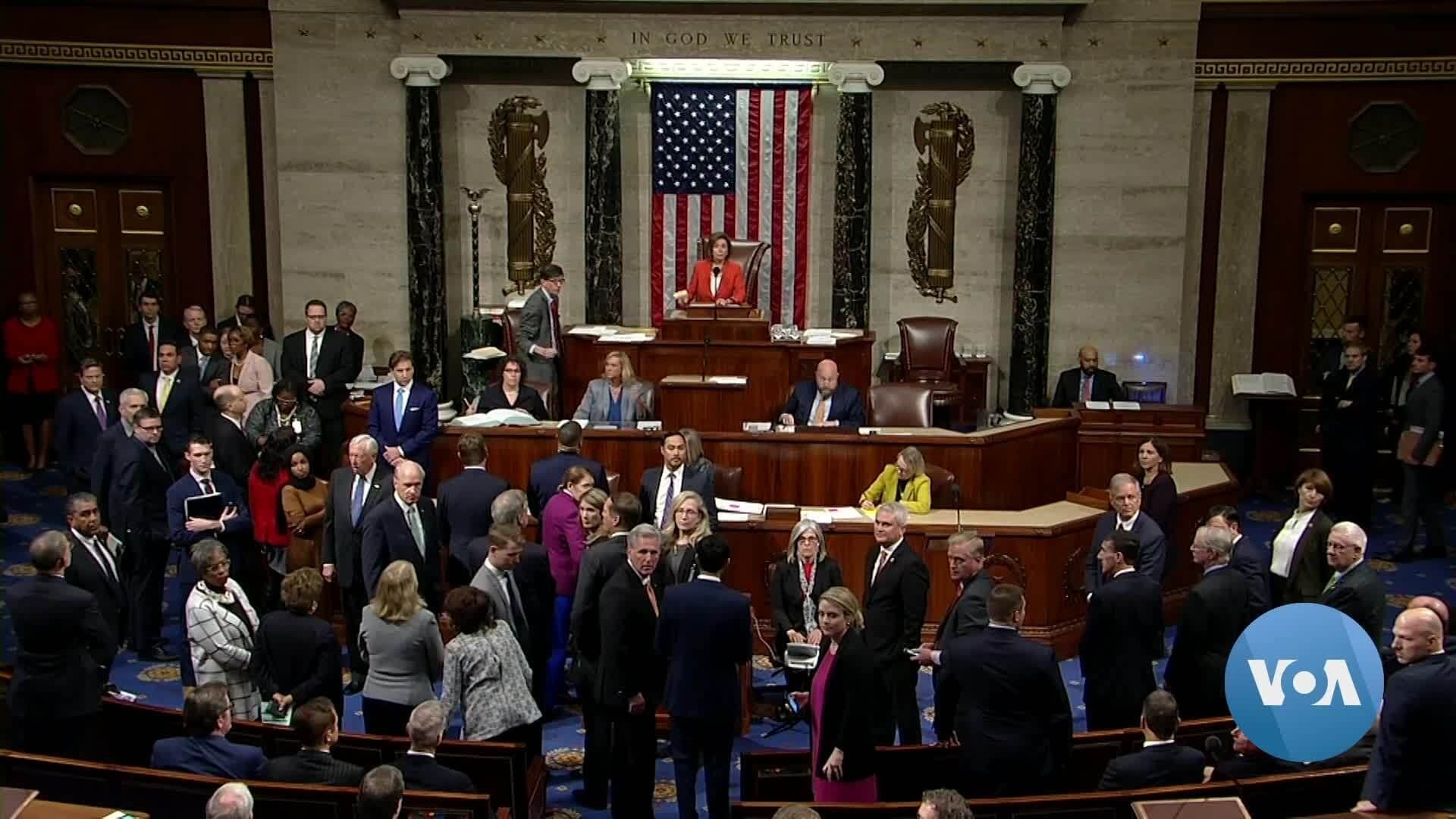 If the full House, on a simple majority vote, eventually impeaches Trump, his trial would be held in the Republican-majority Senate, where a two-thirds vote to convict him to remove him from office would be required. With the votes of at least 20 Republicans needed to convict Trump, his removal from office remains unlikely.

Thus far, the House Intelligence, Foreign Affairs and Oversight committees have heard closed-door testimony from diplomats and other officials as they probe whether Trump should be impeached for urging a foreign country, Ukraine, to dig up dirt on a political rival with the aim of helping his re-election bid.

The resolution calls for moving to public hearings with the House Intelligence committee eventually issuing a report on its findings and recommendations to the House Judiciary Committee, which would then be responsible for deciding whether to recommend that the full House impeach Trump.

On Thursday, Timothy Morrison, who was Trump's top Russian and European affairs adviser on the National Security Council until he resigned Wednesday, corroborated the testimony of a senior U.S. diplomat who last week detailed for investigators how Trump pressed Ukraine for the investigations to help him politically.

Morrison, according to people who heard his testimony, said the account offered by William Taylor, the acting ambassador to Ukraine, was accurate. Morrison said he did not necessarily view the president’s demands as improper or illegal, but that they could have damaged U.S. support for Ukraine.

House Democrats said Wednesday they want to hear from former National Security Adviser John Bolton and asked that he testify next week.

Several other witnesses have testified that Bolton was deeply disturbed that Trump's personal lawyer, Rudy Giuliani, was working behind the scenes to pressure Ukraine to investigate Democrats and 2020 presidential candidate Biden for alleged corruption — evidence of which has never surfaced.

Giuliani was apparently running what critics call a "shadow foreign policy" behind the back of the State Department. Bolton was said to have called Giuliani's work a "drug deal" and that he wanted nothing to do with it.

Trump fired Bolton last month after they clashed on several fronts, including Ukraine.

A lawyer for Bolton says he is "not willing to appear voluntarily," which means the House committees would have to issue a subpoena if they want to him to appear.

One of witnesses in Wednesday's testimony, Foreign Service officer and Ukraine expert Christopher Anderson, said Bolton cautioned him about dealing with Giuliani, warning that Giuliani could complicate diplomatic efforts to improve ties between Washington and Kyiv.

Another Foreign Service officer, Catherine Croft, told the House committees she had received a number of telephone calls from former Republican congressman turned lobbyist Robert Livingston, telling her that U.S. Ambassador to Ukraine Marie Yovanovitch should be fired.

She said Livingston described Yovanovitch as an "Obama holdover" and "associated with George Soros," a longtime supporter of liberal causes.

"It was not clear to me at the time, or now, at whose direction or at whose expense Mr. Livingston was seeking the removal of Ambassador Yovanovitch," Croft said.

2 US Diplomats: Trump Viewed Ukraine as CorruptThe career envoys say the US leader's stance on Ukraine influenced the Trump administration's actions toward the eastern European country

Trump fired Yovanovitch in May. She testified that she was replaced because of "unfounded and false claims by people with clearly questionable motives."

Meanwhile in the Senate, Trump's nominee to become the new U.S. ambassador to Russia, John Sullivan, said at his confirmation hearing he knew Giuliani was involved in efforts to fire Yovanovitch.

When asked whether a president should ask a foreign power to investigate his political opponents, Sullivan replied, "I don't think that would be in accord with our values." 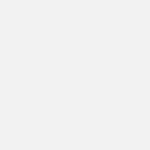 Explore the timeline of the impeachment inquiry. 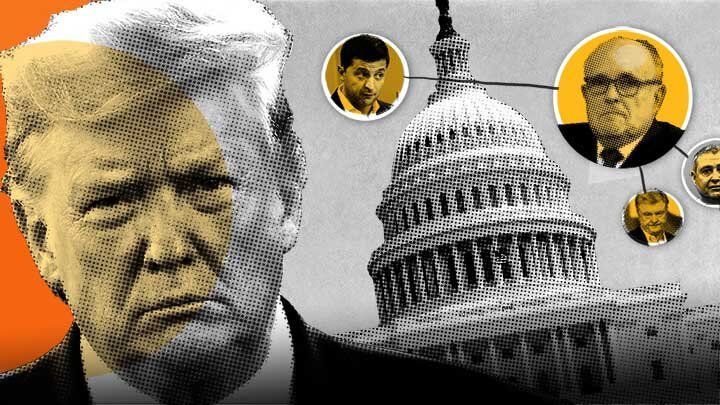 Explore the timeline of the impeachment inquiry