House Democratic impeachment managers and lawyers for Donald Trump on Tuesday laid out their arguments in separate briefs ahead of the former president’s Senate trial next week on charges of inciting a violent insurrection at the U.S. Capitol on January 6.

The House Democratic prosecutors charged that Trump’s incendiary words and actions in the run-up to the attack led his followers to descend on the Capitol “like a loaded cannon” to try to prevent the certification of Democrat Joe Biden’s election victory over Trump. The riots left five people, including a Capitol Police officer, dead and dozens of others injured.

“President Trump’s conduct must be declared unacceptable in the clearest and most unequivocal terms,” they wrote.

Trump’s defense lawyers rejected the charges and questioned the constitutionality of the trial, saying there is no precedent for trying a president after he has left office. They also said the former president stands by his claim that the election results were “suspect” and in any event his statements about the election were protected under the U.S. Constitution’s First Amendment.

The filings foreshadow the legal arguments both sides will present as the Senate meets beginning next Tuesday to decide whether to convict the 74-year-old former president for fomenting violence at the Capitol and bar him from returning to office. The trial is expected to last about one week.

Trump is the only American president to be impeached twice. In December 2019, he was impeached by the House in connection with his pressing Ukraine’s president to find dirt on Biden, his political rival, but the Republican-controlled Senate later acquitted him.

Trump was impeached for the second time on January 13, one week before Biden was sworn in as the 46th president of the United States. The single article of impeachment passed by the House accuses Trump of “incitement of insurrection.”

Whether Trump will be convicted remains uncertain — although the prospects are slim. At least two thirds of the 100-member Senate must vote in order to convict him. But last week, 45 Republican senators signaled that they found the trial unconstitutional.

Here’s a look at what the two sides say about Trump’s impeachment.

In their 77-page brief, the House prosecutors allege that Trump’s effort to subvert the election results that led to the January 6 insurrection started well before a single vote was cast in the election.

Throughout the summer, “he insisted at rallies and through social media that if he appeared to lose the election, the only possible explanation was a conspiracy to defraud him and those who supported him,” they wrote.

The deadly climax was reached on January 6 when tens of thousands of Trump supporters gathered in Washington for a “Save America Rally” ahead of a joint session of Congress called to certify Biden’s election win. Trump had urged his followers to attend, promising on Twitter it would be “wild.”

In an hour-long speech, Trump exhorted supporters to be “bold” and to “fight like hell, and if you don’t fight like hell, you’re not going to have a country anymore,” the memo notes.

“Then he aimed them straight at the Capitol, declaring: ‘You’ll never take back our country with weakness. You have to show strength, and you have to be strong,'” the House managers wrote.

And even as his supporters stormed the Capitol, smashing windows and doors, attacking police and seeking out lawmakers and their staffs with violent intent, the former president did nothing to stop the rampage, the memo says.

The House managers also make the case for why Trump can’t claim First Amendment protection for his inflammatory statements about the election results and why he remains subject to impeachment even though he is no longer in office.

The First Amendment, they write, does not apply to an impeachment proceeding.

“Indeed, the notion that a President can attack our democracy, provoke violence, and interfere with the Electoral College so long as he does so through statements advocating such lawlessness would have astonished the Framers,” they say.

Additionally, they point to the “text and structure” of the Constitution as well as precedent to argue that the Senate can try a former president.

“The Constitution governs the first day of the President’s term, the last day, and every moment in between,” they say in the memo. “Presidents do not get a free pass to commit high crimes and misdemeanors near the end of their term. ”

While no president has ever been tried after leaving the White House, the Democrats cite a precedent — the 1876 impeachment trial of a secretary of war during the Grant administration who resigned his office to avoid an impeachment trial. The Senate held the trial nonetheless.

The Trump defense team’s filing is more of a point-by-point response to the article of impeachment rather than a detailed legal analysis. In the 14-page document, the lawyers question the Senate’s jurisdiction to try Trump, deny that he incited the Capitol riots, and assert that his statements about the election were protected by the First Amendment.

“The Constitutional provision requires that a person actually hold office to be impeached,” Trump lawyers David Schoen and Bruce Castor write. “Since the 45th president is no longer president, the clause ‘shall be removed from office on impeachment for’ … is impossible for the Senate to accomplish.”

While they acknowledge that Trump questioned the election results, they argue that his statements that allegedly incited violence were constitutionally protected speech.

“Like all Americans, the 45th President is protected by the First Amendment,” the Trump lawyers write.

The lawyers push back against the Democrats’ assertion that Trump’s statements at the January 6 rally encouraged the Capitol riots. Trump was merely urging his supporters to “fight for election security” rather than “engage in destructive behavior,” the lawyers write.

Trump’s lawyers also reject the Democratic claim that Trump’s conduct was part of his efforts to subvert the election results. These efforts, according to the article of impeachment, included a January 2 phone call to the secretary of state of Georgia, Brad Raffensperger, to “find” enough votes to overturn Biden’s win in that state.

“It is denied President Trump made any effort to subvert the certification of the results of the 2020 Presidential election,” the lawyers write. 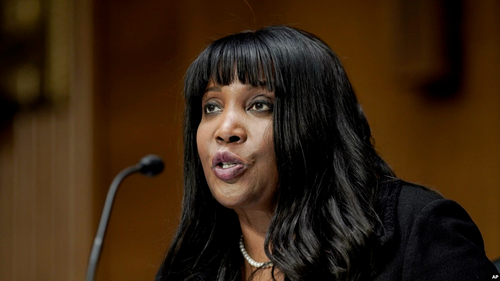