The House Rules Committee is set to meet Tuesday to put forth the process the full House will follow when it considers articles of impeachment against President Donald Trump.

The procedural step will set the stage for what is widely expected to be a vote nearly down party lines Wednesday with the majority Democrats approving Trump's impeachment over the objections of lawmakers in his Republican Party.

As the process moved closer to the House vote, Trump sparred Monday with House Democrats who accused him of "multiple federal crimes" in the abuse of the presidency.

"The Impeachment Hoax is the greatest con job in the history of American politics!" Trump contended on Twitter. "The Fake News Media, and their partner, the Democrat Party, are working overtime to make life for the United Republican Party, and all it stands for, as difficult as possible!"

READ THE TRANSCRIPTS! The Impeachment Hoax is the greatest con job in the history of American politics! The Fake News Media, and their partner, the Democrat Party, are working overtime to make life for the United Republican Party, and all it stands for, as difficult as possible!

Trump, the 45th U.S. president, would be the third American leader to be impeached in the 243-year history of the country, although his conviction by the Republican-majority Senate at a trial next month and removal from office remains highly unlikely. Senate Majority Leader Mitch McConnell told the U.S.-based cable network Fox News last week there was "zero chance" the president would be removed from office.

Trump's Twitter broadsides came as the House Judiciary Committee early Monday released a 658-page report detailing the allegations against him in two articles of impeachment. One accuses the president of abuse of power by soliciting Ukraine to investigate one of his chief 2020 Democratic challengers, former Vice President Joe Biden. The other charges him with obstruction of Congress by refusing to turn over thousands of documents to impeachment investigators and blocking key aides from testifying.

"Although President Trump's actions need not rise to the level of a criminal violation to justify impeachment, his conduct here was criminal," the panel's Democrats contended. They described Trump's behavior as "both constitutional and criminal in character," including bribery and wire fraud. They argued that the president "betrayed the people of this nation" and should be removed from office

"He has abused his power in soliciting and pressuring a vulnerable foreign nation to corrupt the next United States presidential election by sabotaging a political opponent and endorsing a debunked conspiracy theory promoted by our adversary, Russia," the report said. "President Trump has done all this for his own personal gain, rather than for any legitimate reason, and has compromised our national security and democratic system in the process. After he was caught, President Trump defiantly insisted his conduct was 'perfect.'"

WATCH: Senate to vote on Impeachment 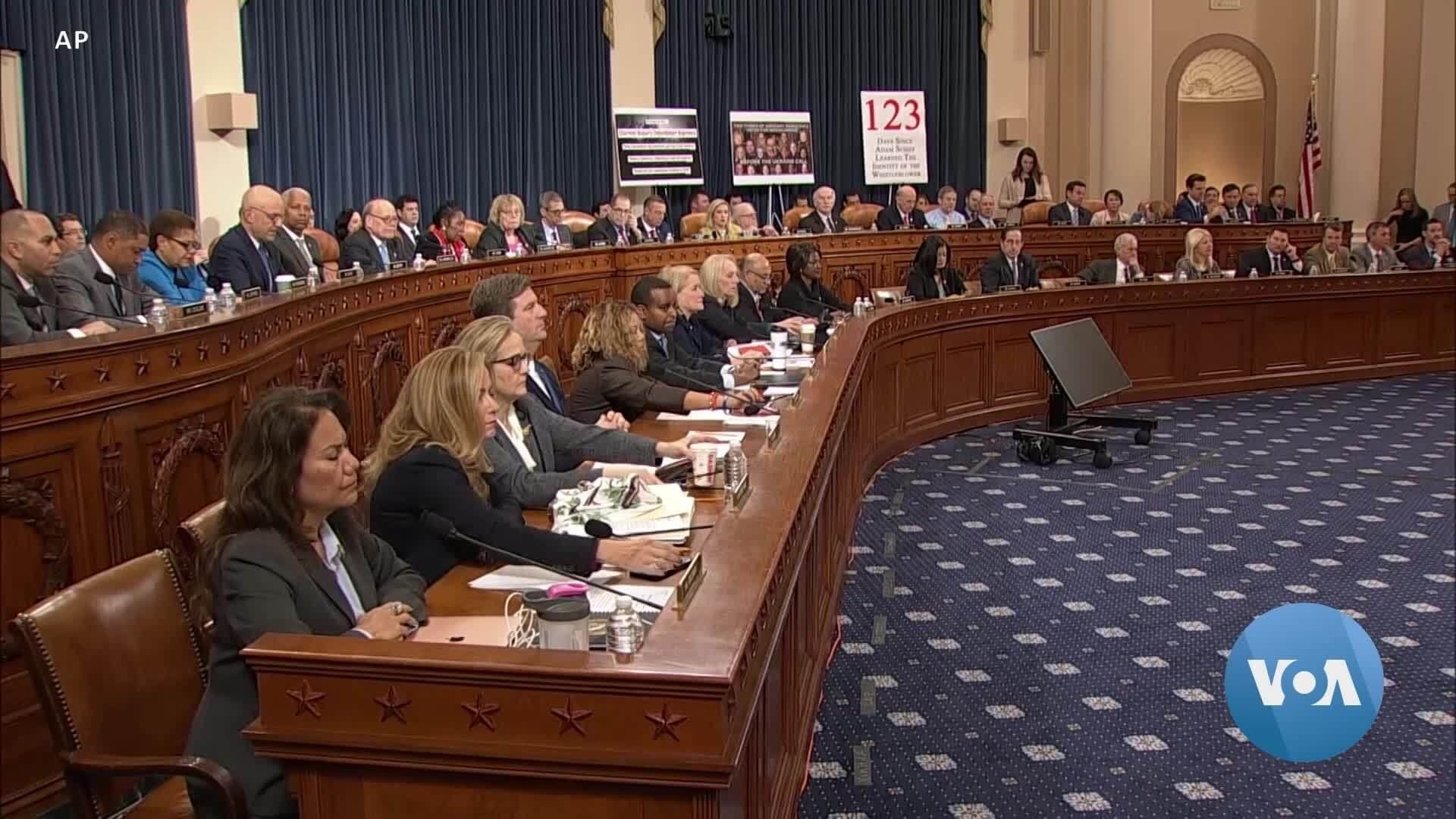 The report contended that Trump covered up his "own repeated misconduct" and sought to "nullify a vital constitutional safeguard vested solely in the House of Representatives."

"If President Trump is left unchecked, we will send an alarming message to future presidents," the report stated. "In word and deed, President Trump has sought to write the Impeachment Clause out of the Constitution."

Trump's White House spokeswoman Stephanie Grisham attacked the Democrats' arguments against Trump, saying, "Thankfully the people of this country continue to see the partisan sham that this is."

The war of words between the White House and House Democrats came as the lead Senate Democrat, Minority Leader Chuck Schumer, wrote to McConnell that Democrats want to hear testimony from four key Trump administration officials at Trump's trial who did not testify in the House inquiry controlled by Democrats.

Schumer told reporters Monday, "We want to come up with a fair trial where the facts come out." He said the White House and Republicans should support calling the four officials as witnesses "unless they have something to hide."

McConnell, however, has said he will coordinate Trump's defense with the president's lawyers and the parameters of a Senate trial have yet to be decided.

McConnell has raised the prospect of a short trial with no witnesses called, ending with a Senate vote on Trump's fate after House impeachment managers present their case against Trump and the president's lawyers lay out his defense.

Trump has said he is agreeable to a short trial with no witnesses, but at other times has said he wants to hear testimony from the unnamed government whistleblower who first raised concerns about his late July request to Ukrainian President Volodymyr Zelenskiy to investigate Biden and from his son, Hunter Biden, about his work for a Ukrainian natural gas company. The whistleblower is reported to be a former White House aide who now works at the Central Intelligence Agency.

Trump also asked Zelenskiy to investigate a debunked claim that Ukraine meddled in the 2016 election Trump won to undermine his candidacy. But Schumer said the Senate trial should not be about "conspiracy theories."