Hannity, along with many other conservatives, has had it with Ocasio-Cortez’s Green New Deal.

Hannity, along with many other conservatives, has had it with Ocasio-Cortez’s Green New Deal. The Green New Deal is a legislative disaster that could be the worst thing ever to hit America, Fox News host Sean Hannity warned Thursday night. “This is a real, serious threat to our way of life,” Hannity said on his show. Hannity said the proposal was not just bad, it was dangerous. -Sean Hannity Hannity said the real radical nature of current Democrats has been revealed. “She’s calling it the Green New Deal. Now, everything we have been saying about the new radical extreme Democratic Party now it’s all in writing and it might be even worse than we thought,” Hannity said He added that if the Green New Deal is adopted, it would be “guaranteed to fail and the results will be disastrous for the American people.” Hannity said this is not taking America forward into the future, but back into the past Hannity’s bottom line was simple and stark.

“It will destroy America, and America’s economy, as we know it,” he said.

01:33Watch Later
Nicholas Giordano: The FBI Has Done This To Themselves
America's Voice Admin
August 13, 2022 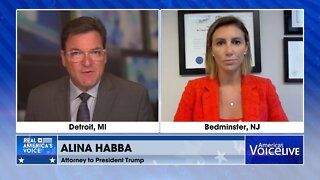 The Elites in Crisis