Senate Republican leader Mitch McConnell promised shortly after the death of Supreme Court Justice Ruth Bader Ginsburg was announced Friday that he would bring President Donald Trump’s nominee to replace her to a full Senate vote.

“President Trump’s nominee will receive a vote on the floor of the United States Senate,” McConnell said in a statement that did not indicate when it would happen.

Nonetheless, the death of the liberal Supreme Court justice triggers a confirmation process mandated by the Constitution that begins with the president.

Article II, Section 2 of the Constitution provides that the president “shall nominate, and by and with the advice and consent of the Senate, shall appoint … judges to the Supreme Court.”

After Trump, a Republican, nominates the person of his choice, the selection is sent to the Senate Judiciary Committee, currently with 22 members (12 Republicans and 10 Democrats).

The committee also can refuse to submit a report on the nomination if most members oppose the nominee, preventing the full Senate from considering the nominee.

If the committee votes to report the nomination to the full Senate, the 100-member body must enter a special “executive session” to consider the nomination, typically with the Senate majority leader asking members for unanimous consent.

If unanimous consent cannot be achieved, a member can move that the Senate consider the nominee. If the motion is made during the executive session, it can be debated and even blocked by a political delaying tactic known as a filibuster.

Ending debate on the motion to allow a Senate vote would require a supermajority of 60 votes, a tall order considering the balance in the Senate, currently made up of 53 Republicans, 45 Democrats and two independents.

If the motion to consider the nominee is made in a regular legislative session, the nomination will be considered by the full Senate. Senate rules, however, allow a vote on the nomination to also be blocked by filibuster.

A full Senate vote to confirm the nominee requires a simple majority. If the nominee is confirmed, the Senate secretary will send the confirmation vote to the president to sign a commission appointing the person to the Supreme Court.

Aside from the traditional confirmation process, Article II of the Constitution also says the president “shall have the power to fill up all the vacancies that may happen during the recess of the Senate” and that the appointment can remain effective until the end of the Senate’s next session, which began January 3, 2020, and ends January 3, 2021.

A Senate confirmation of a Supreme Court nominee typically has taken about 70 days, much longer than the time remaining before the November 3 presidential election. The Senate is currently scheduled to recess in mid-October, but the schedule could change.

The Senate can act on the nomination until January 20, 2021, the date of the presidential inauguration. If Trump is reelected and his nominee has not been confirmed by the inauguration, he could nominate his choice a second time when his second term in office begins. 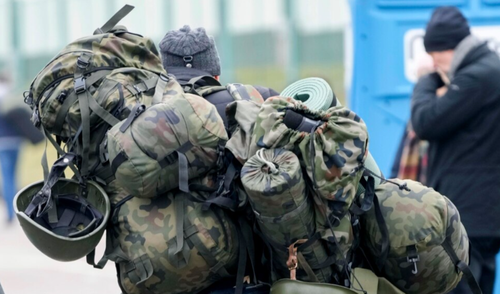