🔥 WDShow 11-28 Pelosi Pivots! Believes Conyer’s Accuser After Speaking With Her

President Trump called out Nancy Pelosi and Chuck Schumer for boycotting a White House meeting Tuesday afternoon, by leaving two seats conspicuously empty — and accusing the no-show Democratic leaders of being “all talk” and “no action.”
“And now, it’s even worse. Now it’s not even talk. So they’re not showing up for the meeting,” Trump told reporters.
Trump spoke to the press after meeting with House Speaker Paul Ryan, R-Wis., and Senate Majority Leader Mitch McConnell, R-Ky. But the president was sure to keep two seats empty on either side of him, along with nametags for Pelosi and Schumer.
Call in 202 470 6738
The Wayne Dupree Show is fan-funded.
SUPPORT MONTHLY (Patreon): https://www.patreon.com/wdshow
Remember, with a Patreon membership, you have exclusive rights to videos, audios, even the Wayne Dupree Show OVERTIME and others do not have access to view.
…or support us with a one-time donation – http://paypal.me/waynedupree or http://streamlabs.com/waynedupreeshow
Official Wayne Dupree Show Merchandise:
https://teespring.com/stores/wdshow-official-store
You can also mail your donation:
Wayne Dupree
P.O. Box 1404
Owings Mills, MD 21117 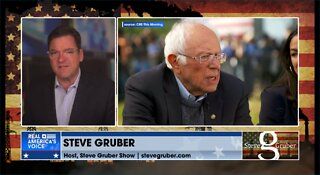 Timothy Gordon: It's Time To Retake Our Institutions