New Jersey Sen. Cory Booker, whose campaign for the Democratic nomination for president has been greeted by voters with a collective shrug, is now turning to one of America’s most explosive issues. Booker currently comes in a distant seventh in the current crop of candidates, according to the RealClearPolitics average of polls. Booker carries an average of 2.4 percent support and has only surpassed 5 percent support in two polls since March 1. Booker announced his 14-point anti-gun plan Monday on Medium. “We won’t wait for more thoughts and prayers for communities that have been shattered by gun violence  —  from Pittsburgh to Parkland to Charleston to communities where kids fear the fireworks of Fourth of July because to them they sound like gunshots,” the post from his campaign reads. “We will pass universal background checks. We will ban assault weapons and close the loopholes that allow people who should never have a gun to get one. We will bring a fight to the NRA like they have never ever seen before. And we will win,” the post declared. One of the major initiatives in the plan to address what Booker called America’s “gun violence epidemic” is Booker’s gun licensing proposal. “Individuals could seek a gun license at a designated local office, widely available in urban and rural areas, similar to applying for or renewing a passport. They would submit fingerprints, provide basic background information, and demonstrate completion of a certified gun safety course,” the campaign said. “The FBI would then verify submission of required materials and run a comprehensive background check before issuing a federal gun license, after which the license-holder could freely purchase and own firearms,” the post said. The license could be renewed after five years, and would subsume existing state licensing systems into one federal one. 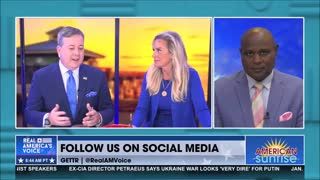