With new sanctions slapped on Myanmar, the Feb. 1 military takeover in the country has emerged as an early test of President Joe Biden’s multilateral diplomatic strategy, as his administration pledges to defend democracy and seeks to counter China’s rising influence in a region that has shown significant democratic erosion in recent years.

“A strong and unified message emerging from the United States has been essential, in our view, to encouraging other countries to join us in pressing for an immediate return to democracy,” Biden said.

Reaching out to allies is a necessary step since there is little leverage that Washington can employ after increasing sanctions on the country following human rights abuses against the Rohingya minority group.

It remains to be seen, however, whether Biden’s multilateral diplomacy approach will be effective in a region where authoritarian rule is increasingly the norm rather than the exception.

The Burmese coup followed democratic backsliding in the region, including in Brunei, Vietnam, Laos, Cambodia and the Philippines. Addressing them in the context of strategic competition with China is a challenge for the Biden administration, said Robert Daly, director of the Kissinger Institute on China and the United States at the Woodrow Wilson Center.

“How will we compromise and play the long game and keep channels open even with regimes that we object to? How can we do that and back off of an absolute declaration of principles in order to compete with China, while still claiming that the grounds of our competition with China is in some way ideological?” Daly said.

Beijing is Naypyitaw’s biggest trading partner, and the two countries have strong defense ties. The Burmese military has also deepened ties with Russia, another U.S. adversary.

On Feb. 4, White House National Security Adviser Jake Sullivan spoke with ambassadors from the Association of Southeast Asian Nations, urging them to provide support for the “immediate restoration” of democracy in Myanmar.

Indonesia and Malaysia, Muslim-majority countries that have raised alarms following atrocities against the Rohingya, have called for a special meeting within ASEAN, while Thailand, Cambodia and the Philippines have taken the position the coup is an internal affair.

Indonesia Urges All Parties in Myanmar to Exercise Self-Restraint

1.Indonesia expresses its concern over the recent political situation in Myanmar. pic.twitter.com/hElDrn4vMD

Ultimately, this kind of regional consensus-building and marginal nudging toward a more democratic path may be the most viable option for the administration.

“Our best play is to work with allies to achieve what we can while keeping as much support and as many channels of communication to the people of Myanmar as possible,” said Daly of the Wilson Center.

Aung San Suu Kyi and her National League for Democracy party won a resounding victory in November. Post-coup, the Burmese people, including government workers, have marched together in a growing civil disobedience campaign.

While Washington has very little direct leverage in affecting change in Myanmar, it can still cooperate with regional partners to incentivize compromise, said Gregory Poling, senior fellow for Southeast Asia at the Center for Strategic and International Studies.

“But if we think that we're going to slap sanctions and Min Aung Hlaing is going to say, ‘I'm sorry,’ we are mistaken,” he said.

Poling added that “a degree of modesty” is required from Washington, particularly after the deadly siege Jan. 6 of the U.S. Capitol by supporters of former President Donald Trump, who believed his false claims the election was stolen. The Burmese military’s pretext for the coup is alleged electoral fraud in their November 2020 election.

“I don't think it was ever all that effective when U.S. officials went into Southeast Asian states preaching, but now they’ll just be laughed at,” Poling said.

“Pulling our country together, revitalizing our own democratic foundation, building more unity, as President Biden has talked about — that will be an important part of us operating effectively in the world,” he said.

The more important question for regional allies, however, may not be about America's moral authority but about its staying power.

“Are they willing to risk partnering with us in ways that China dislikes, if every four years America is willing to switch tracks entirely and have a president who tries to undo all of the accomplishments and commitments of his or her predecessor?” Daly, of the Kissinger Institute, said.

“This is skepticism about the United States, and whether it can be consistent given its internal divisions,” Daly said. “And those are very reasonable concerns.” 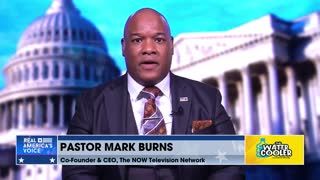