BREAKING! PROOF OF DEEP STATE HOAX! Clapper Talks About Cesar Sayoc Before He Was Named as Suspect!

Last night and this morning, Former DNI James Clapper kept referring to the type of domestic threat the package mailer was before Cesar Sayoc was even named. Clapper went on air on a live segment on CNN that appears to have taken place an hour or so before Mr. Sayoc’s name or info was released. Prior to that the FBI had just said they had a suspect in custody! Also, Clapper seems to confuse the package he received as being received at his home where his neighbor’s check his mail…yet the 12th package was supposedly received at CNN’s offices. This whole story is falling apart!

01:51Watch Later
House GOP MUST Get to the Bottom of the DOJ Targeting of School Board Moms
America's Voice Admin
February 8, 2023

01:23Watch Later
There was not one single mention about the China Balloon
America's Voice Admin
February 8, 2023 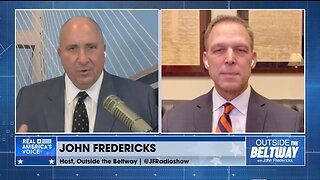 03:03Watch Later
Where Are We on the Debt Ceiling Fight?
America's Voice Admin
February 8, 2023

‘The Water Cooler with David Brody’ Bids A Fond Farewell

Will Patriotism Determine the White House in 2024?

There was not one single mention about the China Balloon