President-elect Joe Biden is expected to pick former Michigan Gov. Jennifer Granholm to be secretary of energy in his administration, two people familiar with the decision said Tuesday.

Granholm, 61, was Michigan’s first female governor, serving two terms in the battleground state from 2003 to 2011. She worked with Biden, who was vice president under former President Barack Obama, on the 2009 bailout of automobile manufacturers General Motors and Chrysler.

While governor, Granholm supported efforts to build advanced battery plants for electric cars in Michigan, despite concerns from some in the auto industry about moving away from gasoline-powered engines. She also pushed through a modest energy standard that required a portion of the state’s energy to be generated by renewable sources.

More recently, she has taught at the University of California, Berkeley on subjects including state budgets, clean energy jobs and diversifying the economy. In 2015, she launched the American Jobs Project to focus on promoting state policies to create middle-class jobs in batteries and other forms of advanced energy technology.

If confirmed by the Senate, Granholm is expected to play a role in the department’s support of advanced batteries, energy efficiency and electricity generation from renewable and nuclear power as Biden makes curbing climate change one of the pillars of his administration.

She would also likely deal with energy ministers in Russia, Saudi Arabia and other oil and gas-producing countries.

Granholm would be the second female U.S. energy secretary after Hazel O’Leary served under former President Bill Clinton in the 1990s.

President Donald Trump’s two energy secretaries spent much of their time on oil and gas politics. Rick Perry, his first, was a former governor of Texas. Trump’s second, Dan Brouillette, was a former lobbyist for Ford Motor Co. and a state energy regulator in Louisiana.

Most of the department’s budget goes to modernizing the country’s stockpile of nuclear warheads and to cleaning up nuclear sites.

Biden picked Granholm over Elizabeth Sherwood-Randall, his former adviser when he was in the Senate, and who served in the Obama administration as deputy secretary of energy. Granholm also beat out Arun Majumdar, the first director of the department’s agency that promotes and funds research and development of advanced energy technologies, and Ernest Moniz, who was energy secretary during the Obama administration. 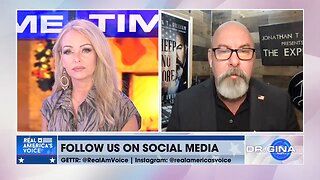