For a candidate who has struggled at times to get noticed on social media, Joe Biden finally got some online attention on Thursday – for better or worse.

First, the Biden campaign posted a video on Twitter that brutally took down President Donald Trump, suggesting he is a laughingstock to other world leaders. Then a heated back-and-forth with an Iowa voter quickly went viral.

Together, the moments generated a digital buzz that has often eluded Biden, whose campaign appeals most to traditional, older Democratic voters. Such attention has generally been enjoyed instead by some of his chief rivals in the 2020 Democratic presidential race.

The 77-year-old former vice president continues to lead among Democrats in national polls and has so far withstood challenges from U.S. Senator Elizabeth Warren and others in the battle for the party's nomination to take on Trump in the November 2020 election.

"You're a damn liar, man," Biden told the man, who suggested without evidence that Biden had helped his son Hunter land a lucrative position with the Ukrainian oil company Burisma.

"No one has said my son has done anything wrong," Biden said. "Get your words straight, jack."

Trump's request that Ukraine launch an investigation targeting Joe Biden is at the center of the impeachment probe of the president being conducted by the U.S. House of Representatives.

Trump has accused the Bidens of corruption, without offering evidence. They have denied wrongdoing, and the allegations have not been substantiated.

The heckler at the Iowa event also questioned Biden's fitness for office. Biden responded by challenging the man to a push-up contest or an IQ test – and appeared at one point to call him "fat."

The video of the exchange quickly made the rounds on Twitter. Trump's re-election campaign posted it, suggesting that Biden had gone "berserk."

Earlier, the Biden campaign had been basking in accolades for its Twitter post playing off a clip taken at a NATO summit in Britain this week that appeared to show Canadian Prime Minister Justin Trudeau joking about Trump's press appearances during a chat with other world leaders.

"The world is laughing," read the text over that clip and others of Trump's trips abroad. "We need a leader the world respects."

Democratic pundits and strategists on Twitter praised the spot as perhaps Biden's most effective yet. As of Thursday evening, it had garnered more than 9 million views. The campaign soon posted it to Facebook and told Reuters it was also promoting it to likely caucus-goers in the early presidential nominating state of Iowa on Instagram, YouTube and Hulu.

The campaign also used the video in a fundraising pitch on Thursday, asking supporters to help turn the online ad into a TV spot.

The Twitter spot was conceived and produced in-house, the Biden campaign said. "When (Biden) saw the painful reception that Trump received from world leaders representing countries that have traditionally been strong American allies, it struck a chord and he felt the need to speak out," a Biden aide said.

The Trump campaign condemned it.

"As the president has said, Joe Biden claims that foreign leaders have told him they want him to win the election. Of course they do, they want to keep ripping off the United States like they did before Trump became president," campaign spokesman Tim Murtaugh said.

"I've never before seen the world more in need of someone who on day one can begin the incredibly hard work of putting back together the world Donald Trump has smashed apart," Kerry said in a statement, crediting Biden's help on fighting Islamic State and striking a deal on Iran's nuclear program.

Kerry will join Biden on the campaign trail on Friday in Iowa and on Sunday in New Hampshire. The states will be the first to vote on a Democratic nominee next February, and Kerry won both states in the 2004 primaries. 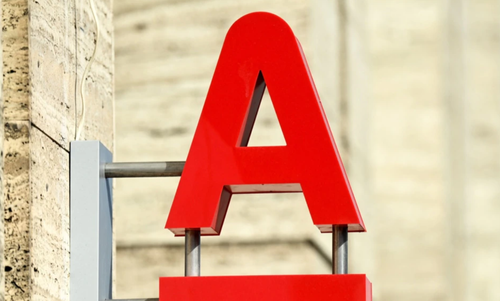