The Justice Department’s announcement Thursday that it will resume federal executions in the United States after a 16-year pause comes as public support for the death penalty has steadily eroded and a growing number of states have moved to abolish it.

While the death penalty remains popular among most Americans, the level of support for capital punishment has fallen well below levels seen when the last federal execution took place in 2003.

According to a 2018 Gallup poll, 56 percent of Americans favor the death penalty for murder, down from 70 percent in 2003, when Gulf War veteran Louis Jones Jr. was put to death for killing a fellow soldier. Support has declined in part as DNA evidence has exonerated dozens of death row inmates in recent years and as a handful of executions botched by states have highlighted the grim nature of capital punishment.

In a decades-old debate in America, death penalty proponents have said the punishment deters crime, saves lives and delivers justice to victims, while opponents have called the practice inhumane and said it is unfairly applied, discriminates against racial minorities and runs the risk of executing the innocent.

Since 1973, more than 160 people who had been convicted and sentenced to death have been exonerated, according to the Death Penalty Information Center, which tracks capital punishment.

In the United States, capital punishment operates on two different levels. The federal government carries out the death penalty under laws enacted by Congress, while the individual states and territories decide their own punishment policies. Historically, all but a handful of executions have been conducted at the state level.

Nicole D. Porter, director of advocacy for the Sentencing Project in Washington, said the Justice Department decision to revive federal executions flies in the face of growing aversion to the practice.

In announcing the resumption of capital punishment, the Justice Department said five death row inmates convicted of aggravated murder will be executed in December and January and that additional executions will be made public at a later date. There are currently 65 inmates on federal death row.

The department had suspended all federal executions after death penalty opponents challenged its use of a three-drug procedure. But Attorney General William Barr directed the Federal Bureau of Prisons to adopt a single drug used by more than a dozen states — pentobarbital — clearing the way for the scheduled executions.

Barr, a fervent capital punishment supporter, said the Justice Department, under both Republican and Democratic administrations, has sought the death penalty against “the worst criminals,” including the five death row inmates scheduled to be executed.

“The Justice Department upholds the rule of law, and we owe it to the victims and their families to carry forward the sentence imposed by our justice system,” Barr said.

The United States is the only major Western country that still allows executions. More than 70 percent of countries in the world, including all European Union members, have abolished the death penalty in law or practice, according to the Death Penalty Information Center.

In the United States, capital punishment was halted after the Supreme Court declared it unconstitutional in 1972. But the court reinstated it in 1976, and in 1988, Congress passed legislation allowing the death penalty for a limited number of heinous crimes. Of the more than 1,500 people executed since 1976, only three were put to death by the federal government.

In recent decades, as public support for the death penalty has waned, states have moved to halt or abolish it. Twenty-one states have outlawed the death penalty, including seven in the past decade, while four have put a moratorium on executions. In May, New Hampshire became the latest state to abolish the practice.

Yet the growing antipathy toward capital punishment masks broad levels of support it enjoys among voters in deeply conservative Southern states. In Texas, nearly three-quarters of voters support the death penalty for people convicted of violent crimes, while in Arkansas 73 percent back the punishment for murder. In all, 29 U.S. states have death penalty laws on their books, with seven responsible for the lion’s share of executions in recent decades.

“There is a very strong tough-on-crime political ethos that drives not just the voters and citizens but also drives politicians in those jurisdictions,” said Richard Broughton, a former assistant attorney general of Texas who is now a professor at the University of Detroit Mercy School of Law.

That the Justice Department is resuming executions under President Donald Trump is hardly a coincidence. An outspoken proponent of capital punishment, the former New York real estate mogul famously took out a full-page newspaper ad in the 1990s calling for the execution of five people falsely accused of raping a jogger in Central Park. During the 2016 presidential campaign, he ran as a law-and-order candidate.

“I think it was pretty clear that this was going to be a president that’s going to make the death penalty an enforcement priority for his administration,” Broughton said. 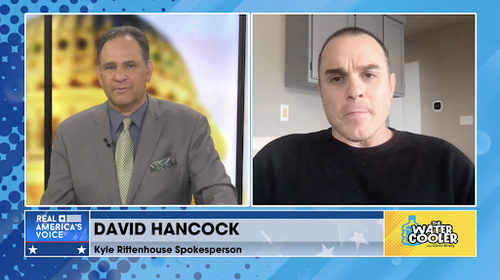