ALLEN WEST: LET US NEVER, EVER AGAIN ALLOW PROGRESSIVE SOCIALISTS TO HAVE CONTROL AND POWER IN AMERICA

Texas gubernatorial candidate says Republicans should feel “encouraged and emboldened” to “fight even harder” in next election in exclusive interview on the Real America’s Voice Network.

Washington, D.C./September 30, 2021 – In an exclusive interview with Jeff Crouere on the Real America’s Voice network on Thursday, Texas gubernatorial candidate Lt. Col. Allen West said Americans must “never, ever again allow progressive socialists to have control and power in America.”

West’s comments came during a conversation about Republican despondency in the face of what Crouere described as “the rapidity with which things are falling apart” under the Biden administration.

During the wide-ranging interview, Crouere discussed several other topics with West, including the border crisis, vaccine mandates, and President Biden’s performance in office.

On the Biden administration’s handling of the border crisis:

“They have implemented an open borders agenda and policy and that’s exactly what they want, they want to flood this country with people that are here illegally they want to boost their voter rolls.”

“It’s amazing to me that they want to jab Americans in the arm, but yet all of these folks that are coming in illegally across the border, they don’t have to worry about getting tested for COVID or getting a shot in the arm.”

On vaccine mandates and the risk of the unvaccinated becoming second-class citizens:

“I know my body better than Joe Biden does or anyone else.”

“The Biden administration is punishing people for making a decision over their body.”

“This is totalitarianism at its greatest.”

“I think a lot of people realize that mean tweets aren’t so bad after all, and now you have elected someone that has no clue, no leadership capability, and really is a compromised individual.” 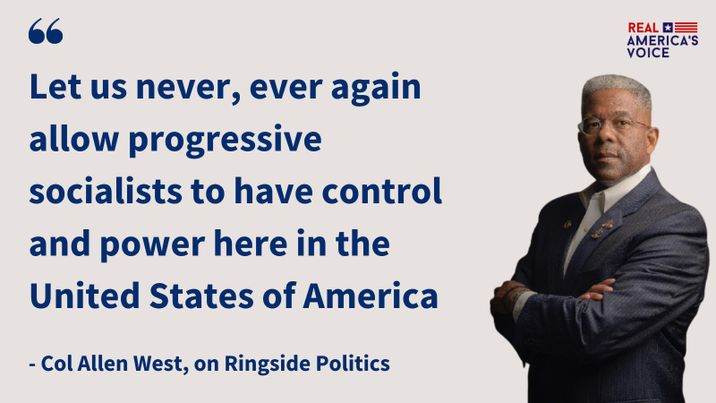 Dave Ramaswamy details how the Vaccine Mandates are Systemically RacistNext video"There have been 500 deaths in Texas on the southern border."

01:21Watch Later
Will the Durham Investigation produce any new discoveries into the origins of the RussiaGate Hoax?
America's Voice Admin
February 4, 2023