Voters in the first-in-the-nation primary state of New Hampshire are accustomed to taking the lead on important political decisions. With a critical 2020 presidential election looming, these voters are increasingly occupied with the House Democrats' impeachment inquiry. And their opinions are as divided as those in the rest of the nation.

Outside a recent rally for former Vice President Joe Biden — the focus of President Donald Trump's alleged attempt to invite foreign interference into the 2020 election — a group of Trump's supporters protested, saying the impeachment inquiry was proof of the country's toxic partisan atmosphere.

"People in New Hampshire are vehemently opposed to the impeachment," said Lou Gargiulo, vice chair of Trump for New Hampshire. "They view it as something that does nothing to help the country, only to further divide. It's a divisive process that serves no positive purpose."

Trump's July 25 phone call with Ukrainian President Volodymyr Zelenskiy, in which Trump pressured Zelenskiy for help digging up dirt on Biden and his son, Hunter, is being viewed very differently by Americans through the prism of political ideologies and partisanship.

A composite average of public opinion surveys by the polling website Five Thirty-Eight shows the country is split, with 49.5% of voters supporting impeachment and 44.2% opposed. Broken out, many surveys by respected firms such as Pew Research and Gallup show a majority of voters in favor of the impeachment of Trump. According to the Gallup Poll on Oct. 16, 52% were in favor of impeachment while 46% were opposed. 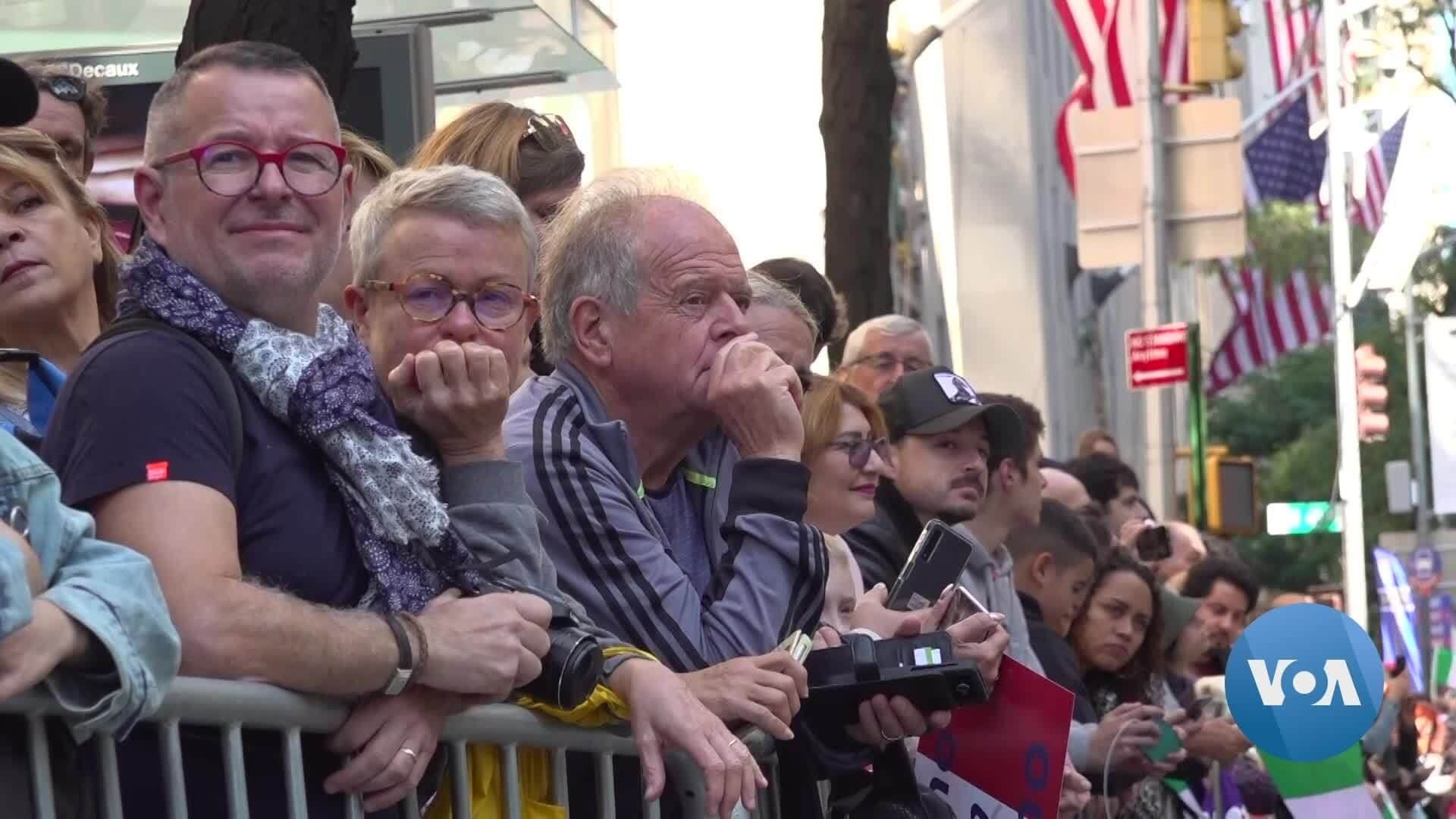 For Gargiulo, "President Trump was having a conversation with another world leader talking about concerns. There are clearly issues in Ukraine with corruption, and he was looking to try to address it."

But Democratic voter Marsha Miller said the call was clearly wrong and part of a larger pattern of illegal and dishonest behavior by Trump.

"You know there's been corruption as the foundation, and I feel he took that set or lack of principles into the White House," Miller said. "And you see it every day. You see it with every institution that we've had has in fact been jeopardized because of his corruption, his greed, his all about me — it's not the country that he cares about."

She emphasized it was time for political courage from Democrats in so-called swing districts — areas that went for Trump in 2016 or that show the potential to vote for him in 2020.

This is a key concern for House Speaker Nancy Pelosi and Democrats who seek to retain their majority in the U.S. House of Representatives in the 2020 election.

If the impeachment inquiry advances too quickly, voters could accuse Democrats of rushing to judgment against Trump. He often characterizes the investigations into his administration as "witch hunts" and an effort by Democrats to invalidate his presidency because they fear they cannot win the 2020 presidential election.

Cathy Robertson Souter, a self-described independent in New Hampshire, is one of those all-important voters who could help swing public opinion on impeachment and the 2020 election. At a Biden campaign rally in Manchester, New Hampshire, she said his message about the dangers Trump poses to American democracy resonated with her.

She said she was troubled by the conduct and shifting explanations of the president and his personal lawyer, Rudy Giuliani.

But nationwide, the Republican argument that Democrats' impeachment inquiry is distracting Congress from conducting its work on behalf of voters resonates for many. Even in Cameron, Illinois, where farmers are most concerned about the impact Trump's trade policies will have on their business, impeachment is a distraction.

"Get serious," Wendell Shauman, a farmer, said he would tell House Democrats if he had the opportunity. The impeachment probe is "just gamesmanship out there and I think the rest of the country thinks you're just a ship of fools."

Democrats are taking the political risk of passing articles of impeachment in the House, all the while knowing the chances that the Republican-majority Senate would convict the president are remote.

Trump supporter Marianne Costabile lives in a formerly Republican congressional district in Orange County, California, which flipped to the Democrats in the 2018 midterm elections, sending former educator Katie Porter to Congress. Costabile said she's considering moving out of the district because of the political changes, but she said she believes the impeachment inquiry will be politically ruinous for Democrats.

While the impeachment inquiry has further heightened partisan political tensions across the country, many voters also have expressed concern those divides will be long-lasting. And many voters are concerned about the adverse impact Trump is having on political norms and institutions.